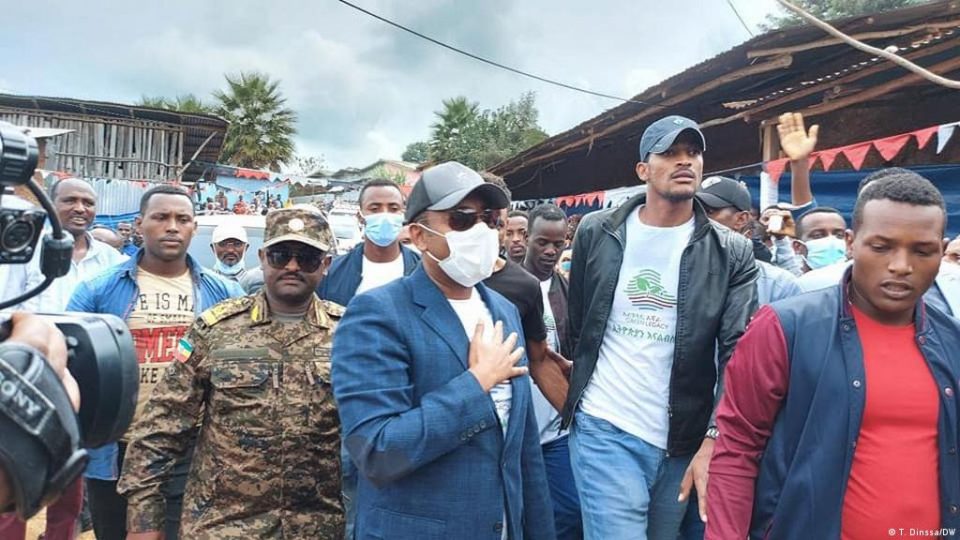 War broke out in Tigray in November 2020, pitting the Ethiopian National Defence Force alongside Eritrea against the Tigrayan People’s Liberation Front.

The conflict has caused colossal damage to human life, economy and the nation’s social fabric. Following the government’s recent declaration of a unilateral ceasefire the Tigrayan People’s Liberation Front has declared a victory.

After two weeks of relative calm, another round of war is on the horizon. The Tigrayan People’s Liberation Front is claiming that it’s determined to “liberate” Tigray from the “occupation” of the Amhara and federal forces. For its part, the government has also declared that it will vanquish Tigrayan forces once and for all.

TPLF is emboldened by the support of the international community. But it is already clear from how both sides are regrouping themselves that the second wave of war will open another – and perhaps more devastating – chapter in this tragic saga. The question is: what is the end game?

As a non-profit, we depend on your support

Several factors could be in play in charting out the next phase. This includes a constitutional arrangement which gives Tigray the right to self-determination including cessation – becoming an independent country. But they might have not achieved unanimity in the Tigrayan camp on this yet.

Another element that could influence the outcome is the continued palpable animosity between individual politicians in both isles. This could get in the way of any dialogue.

And lastly, many Tigrayans see themselves as an integral part – indeed a founding part – of Ethiopia.

So how could the future unfold?

The first possible scenario is secession. In his interview with The New York Times Debretsion Gebremichael, the Vice President of Tigrayan Regional State, cast doubt on Tigray’s future as a part of Ethiopia. He claimed that “the trust has been broken completely”.

Secondly, Tigrayans pride themselves on being the birthplace of Ethiopia’s statehood, religion and civilisation. This would make walking away from the federation hard.

The third hurdle is political and economic.

Politically, if Tigray seceded it would be landlocked. It would also be surrounded by hostile nations in the north (Eritrea) and south (Ethiopia). It could, conceivably, open a corridor through Sudan to connect with more friendly countries. But, in the long run, Sudan would benefit more from a strong relationship with Ethiopia given the country’s resources.

The Tigrayan People’s Liberation Front has made it clear that it is determined to reclaim disputed territory in the west – which is fertile farmland – from Amhara regional forces. This might have to do with ensuring food security as a stepping stone for secession. However, the reclaiming process would be contentious, and possibly even bloody, if it happens at all, because the regional government of Amhara is as determined to retain it.

The West seems to be on their side for now. But, for one, it is not clear for how long the support from the West will last. For another, the disintegration of the federation that makes up Ethiopia might not be the best outcome for the West because it could have a catastrophic impact on the region. Full-blown political chaos in an already volatile Horn of Africa means that the region would become fertile ground for extremist groups.

Nevertheless, cessation is an extreme scenario, but it is not far-fetched.

Controlling the centre of power in Ethiopia might be another bridge that’s too far for the Tigrayan People’s Liberation Front, which, they might think, can be realised through Western support. This is rooted in the West’s historical alliance with Meles Zenawi. The intellectual legacy and the diplomatic network he left behind has proven to be very beneficial to the Tigrayan People’s Liberation Front in garnering support from the West.

It is becoming increasingly clear that Western powers want the Tigrayan People’s Liberation Front as part of Ethiopia’s future. It is not clear, however, if they envisage this within Ethiopian Prime Minister Ahmed Abiy’s administration or without it.

But at what cost?

If the West is determined to resurrect its trusted client to control the centre of Ethiopian politics it could unleash other ethno-federalist forces – especially in Oromia – who might be willing to forge an alliance with the Tigrayan People’s Liberation Front. In addition, former satellite groups embedded in each ethnic group could be reactivated, increasing tension and possibility of conflict.

Another related risk is if the Tigrayan People’s Liberation Front comes back riding on foreign support. This could create a sense of resentment. Abiy Ahmed, is still popular in some regions, including in parts of Oromia, Amhara region and the capital Addis Ababa. The recent elections , however imperfect, are a testament to the fact he has the popular mandate.

However, the government in Addis Ababa remains vulnerable despite winning the elections. This war has been riddled with miscalculations and blunders on both sides. The government promised to end the military campaign in weeks. It hasn’t done so.

It would, therefore, be wise for both sides to pursue a more fruitful direction.

Both parties need to commit to a ceasefire. This should start with putting an end to branding each other as “expansionist” or “terrorist. Such narratives create excuses for violence”.

A settlement only happens when politicians put their egos aside and heed the plight of the suffering people – the big losers in this tragic war.

This should lead to dialogue as to how to reconfigure the union of the nation. More importantly, the Tigrayan People’s Liberation Front would be wise to reinvent itself as an opposition party that leads a peaceful struggle. The only choice should not be between either taking the control of the government or leading the whole nation to an endless abyss. The voice of Tigrayans need to be represented – Ethiopia without Tigrayans is not complete. Leaders of the central government should do away with dehumanising rhetoric.

For its part, instead of fanning the flames, the West needs to be even-handed in bringing the warring sides to the table.