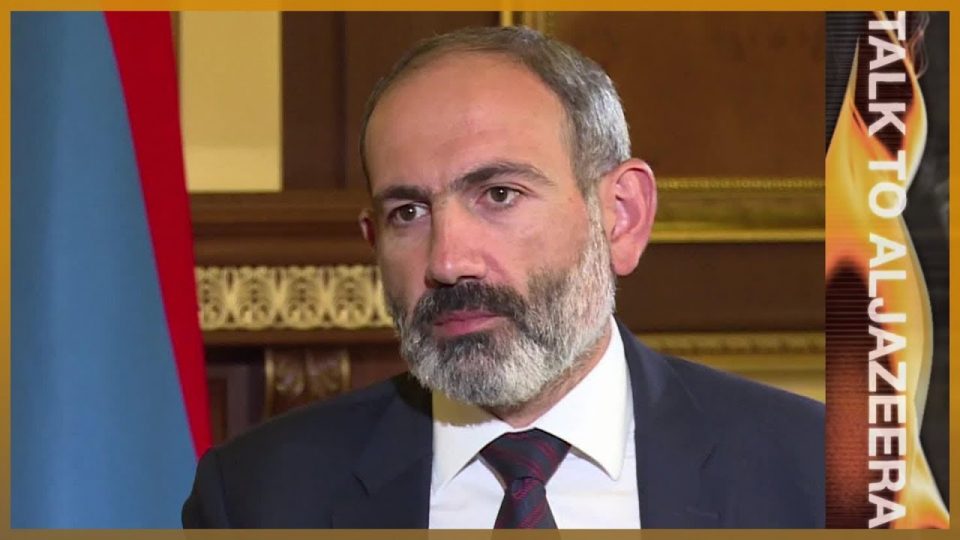 According to the document cited by Sputnik.Armenia, the Azerbaijani army remains at its current positions, and Armenia give back to Azerbaijan Kalbajar District (by November 15) and Lachin District (by December 1), keeping only the Lachin Corridor (5 km wide), which will provide communication between Nagorno-Karabakh and Armenia and at the same time will not touch the city of Shusha.

Armenia also gives back to Azerbaijan the Agdam region and the territories held in the Gazakh region.

The fighting ceases at 0 a.m. on November 10. Russian peacekeeping contingent – 1960 soldiers with small arms, 90 armored personnel carriers, 380 vehicles and special equipment will be deployed along the line of contact in Nagorno-Karabakh and along the Lachin Corridor.

Azerbaijan guarantees the safety of traffic along the Lachin corridor for citizens, vehicles and cargo in both directions.

The conditions for ending the war are “unspeakably painful,” but this is “the best possible solution to the current situation,” Pashinyan said, adding that he accepted it “after an in-depth analysis of the military situation.”

“It’s not a victory, but there will be no defeat until you admit to being a loser. We never recognize ourselves as losers. We need to analyze the years of our independence in order to plan our future and not to repeat the mistakes of the past,” Pashinyan wrote on Facebook.

Azerbaijani President Ilham Aliyev called the statement on Karabakh historic and expressed confidence that it will “lead to long-term peace and will put an end to the bloodshed.”

According to Aliyev, Turkey and Russia will jointly carry out peacekeeping activities in Nagorno-Karabakh.

“The military phase is coming to an end, and we are moving towards a political settlement. This is the most profitable option for us. This is actually Armenia’s military surrender,” Aliyev said in an address to the nation.

Immediately after the announcement of the agreement on Nagorno-Karabakh, protests broke out in Yerevan. Protesters broke the cordon and entered the Armenian government building.

According to Interfax, dozens of people entered the building. They smashed doors, windows and tore a sign from the office of Prime Minister Nikola Pashinyan.

The police did not use force and tried to calm the protesters, TASS reports. According to Interfax, several hundred people are rallying in the street near the government building.

Azerbaijan said on November 8 that it had taken control of the key city of Shusha, allowing troops to establish fire control over the capital of the unrecognized Nagorno-Karabakh Republic Stepanakert and the road connecting the republic with Armenia. The Armenian opposition blamed Pashinyan for the country’s defeat in the war and demanded his resignation.