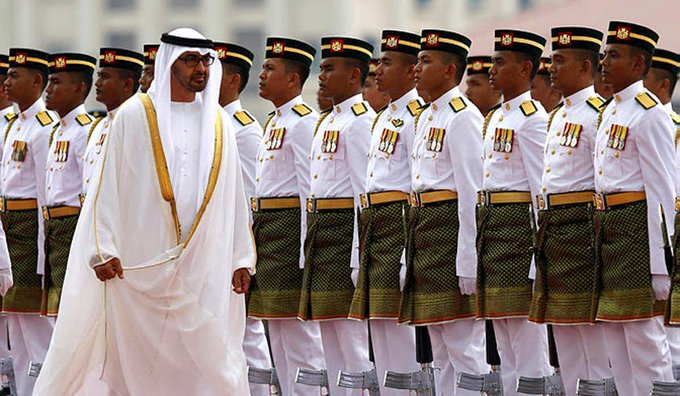 Signatories to the Abraham Accords defended a normalisation of ties with Israel by saying it would allow them to exert leverage over Israel. That has not been the case.

The conflict between Israelis and Palestinians has never been balanced. The stateless Palestinians have never had anything close to the same hard power as their US-allied and nuclear-armed enemy, which has the Middle East’s most powerful military.

Yet one card that the Palestinians had for many years was the Arab consensus (endorsed by all Arab League members save Egypt and Jordan) that normalising relations with Israel could only occur after a Palestinian state is established based on the 1949-1967 borders with East Jerusalem as its capital.

Today, however, with the United Arab Emirates (UAE), Bahrain, Sudan, and Morocco having newly formalised diplomatic relations with the Jewish state, this Arab consensus is eroding. There is no denying that Israel, thanks to the Abraham Accords, feels emboldened.

Despite the head of the Organization of Islamic Cooperation (OIC) and a number of its members such as Turkey condemning Israeli violence at the body’s latest emergency meeting in Jeddah on May 11, Israel’s government no longer needs to see its diplomatic integration into the greater Middle East as depending on future concessions to the Palestinians. 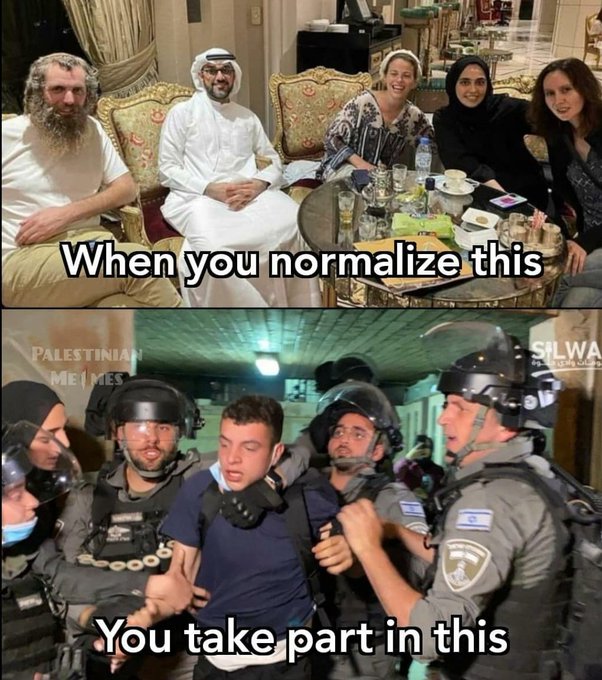 Tel Aviv is exploiting a desire, or at least a willingness, on the part of some Arab governments to bury, rather than resolve, the Palestinian issue. This follows decades of many Arab governments losing patience and becoming exasperated with the Palestinian leadership notwithstanding pro-Palestinian rhetoric that amounts to hardly anything beyond words spoken before forums such as the OIC.

Since Israeli brutality has been capturing the international community’s attention since the storming of the al-Aqsa mosque on May 10, where does Abu Dhabi find itself and its newly normalised relationship with Tel Aviv?

Notwithstanding the Abraham Accords, the UAE has not completely sided with Israeli actions against Palestinians in Jerusalem and Gaza. On May 11, the UAE joined other Arab League members in calling on the International Criminal Court to “investigate [Israeli] war crimes and crimes against humanity”.

Also, earlier this month the UAE’s foreign ministry spoke out against plans for evicting Palestinians from their homes in land stolen by Israeli settlers.

Reaffirming Abu Dhabi’s official support for a two-state solution and an end to the Israeli occupation of Palestinian territories usurped in 1967, Anwar Gargash, a diplomatic adviser to UAE President Sheikh Khalifa, recently declared that his country maintains “a historic and principled position that does not budge”.

This fully aligns with the message delivered last year by the UAE’s ambassador to Washington, Yousef al-Otaiba. “The UAE will remain an ardent and consistent supporter of the Palestinian people – for their dignity, their rights and their own sovereign state,” wrote ambassador Otaiba in Ynet one day after the announcement of the Abraham Accords. The Palestinians “must share in the benefits of normalization.”

This public position can help the UAE’s leadership deal with the “awkward” dilemma created by Israel’s conduct this month. The UAE claims that its diplomatic accord with the Jewish state will give the Emiratis greater economic, diplomatic, and geopolitical leverage over Israel which can be used to pressure Tel Aviv into changing its conduct in manners that benefit the Palestinians.

Although this thinking can easily be dismissed as naïve, it helps give the UAE political cover before a domestic audience and throughout the wider Arab/Islamic world.

Fighting Hamas or the Palestinians?

On top of emphasising the ways in which the formalisation of UAE-Israel relations can supposedly benefit the Palestinians, the leadership in Abu Dhabi is working to draw a distinction between the Palestinians as a people fighting for their national liberation and Hamas as an Iran-backed Islamist faction.

Emirati officials view Hamas as an offshoot of the Muslim Brotherhood, which the UAE recognises as a terrorist organization, and thus a radical group. Abu Dhabi is content to see Hamas suffer from Israeli strikes and perhaps soon an invasion of Gaza.

Unsurprisingly, the UAE has condemned Hamas for firing rockets into Israel. Officialdom in Abu Dhabi have communicated to Hamas that the UAE would cease to make investments in the besieged strip unless there is a restoration of “calm”.

In essence, Abu Dhabi wants to maintain its partnership with the Jewish state, see Hamas become weaker, and not be seen as siding against the Palestinian people. Doing all three at the same time may prove challenging.

As Hussein Ibish, a senior resident scholar at the Arab Gulf States Institute in Washington, recently explained, the Emirati leadership would prefer for the current crises in Palestine to be contained and mostly limited to confrontations between the Israel Defense Forces and Hamas without Jerusalem being the center of international attention while this violence continues. “Unless the conflict pivots back to Jerusalem, and especially the Al-Aqsa Mosque, to a significant degree the UAE and Bahrain are likely to try to ride out the storm – keep a low profile and allow this confrontation to play itself out with minimal engagement from them,” argued Ibish.

Regardless of how this month’s violence in plays out on the ground and regionally, the Abraham Accords will be tested. “The Accord itself, as a political phenomenon, is fatally injured,” said Khalil Jahshan, executive director of Arab Center, Washington, DC, in an interview with TRT World. “The Palestine issue is a protracted issue and protracted issues tend to be dormant from time to time, sometimes for extended periods of time. But they end up having their own moment of enthusiasm and this is essentially a moment of enthusiasm, similar to the first intifada and the second intifada.”

Would the UAE possibly go the Mauritania route in terms of having had established formalised diplomatic ties with the Jewish state only to later suspend them in response to Israeli violence against Palestinians?

Most experts don’t expect ongoing events in Palestine to result in the Abraham Accords being frozen. But Jahshan does not believe that the Abraham Accords are necessarily irreversible. Having spent much time in the Emirates and having developed an understanding of public opinion in the Gulf country, the Palestinian-American political analyst and media commentator believes that the percentage of the UAE’s citizens who hold the Palestinian cause close to their hearts is at least as high as in Saudi Arabia. “There is still a solid core in the Emirates that sooner or later will force policy to change”, which is partially why Jahshan has taken to social media to urge the UAE “to at least, in order to be loyal to its public opinion, pull out its ambassador” from Israel.

Looking ahead, the UAE must navigate the situation carefully. Unlike past confrontations between Israel and the Palestinians, Abu Dhabi is currently at “peace” with Israel.

Rage against Israel is rising in the region, underscored by protests from Morocco to Qatar and Tunisia to Iraq. There are political risks for any Arab government that has full-fledged relations with the Jewish state, especially amid emotions times in which Palestinian blood is being spilled. If the Emiratis take actions to downgrade diplomatic relations (or possibly sever them) with Israel, that would mark a major blow to former President Donald Trump’s legacy and the whole narrative of the Abraham Accords ushering in a new era of peace.

One thing is clear and that’s the Abraham Accords have not brought about this peace and security which its architects wanted us to believe it would. The reason why is because the UAE-Israel diplomatic agreement ignored the issues that continue leaving Palestinians stateless and deprived of fundamental rights as an occupied and displaced people.

Irrespective of how the crises in Jerusalem and Gaza impact the Abraham Accords, the Israelis must understand that they will only enjoy real peace and security once their country has leadership with sufficient courage to make peace with the Palestinians. Although Israel currently lacks such leadership today, this goal is worth pursuing.

President Farmajo: Why a small elite silences the voices of millions they claim to represent?