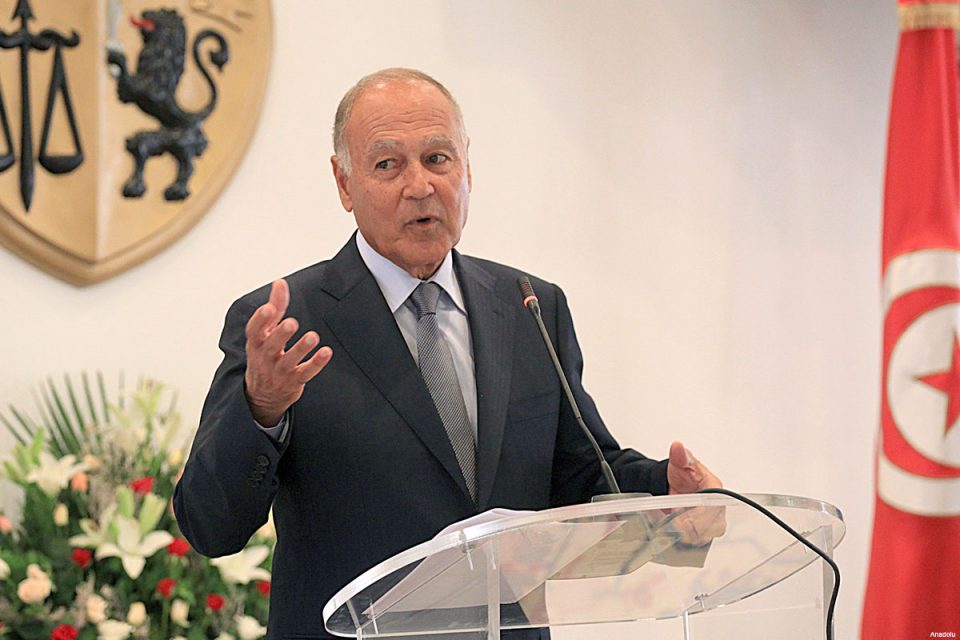 Ahmed Aboul-Gheit, Secretary General of the Arab League in Tunis, Tunisia on 2 September 2016

The US administration’s “unilateral positions” on the Palestinian issue have granted Israel the green light to proceed in its plan to hinder the two-state solution, the Arab League said yesterday.

“The unfortunate change in the US stance towards the Palestinian cause has prompted the legions of Israeli settlers to exert more violence and brutality against Palestinians,” Arab League Secretary General Ahmed Aboul Gheit said at a ceremony to mark the International Day of Solidarity with the Palestinian People.

Aboul Gheit stressed that international law is drafted entirely by the international community and not by one state only “no matter how influential it is”, stressing that the Israeli occupation of the Palestinian territories “will always be rejected and condemned by the whole world.”

He added that “the US administration exerted pressure on the Palestinian side alone to force it to accept a unilateral solution by adopting a series of illegal measures, the latest of which was the announcement by the US secretary of state that his country no longer considers the West Bank settlements to be contrary to international law.”

Aboul Gheit pointed out that the US bias in favour of Israel and abandoning the established principles of any balanced peace process will not weaken the intensive international support for Palestine, stressing that the international community is endorsing the two-state solution through global rejection of US policies.