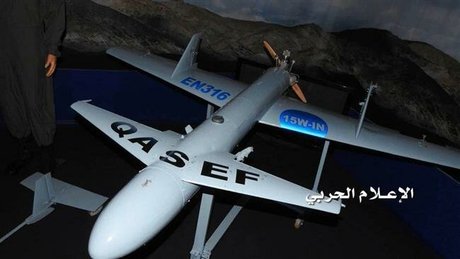 The Arab Coalition announced early on Sunday that its forces had intercepted and destroyed an explosives-laden drone launched by the Iran-backed Houthi militia toward Saudi Arabia.

The announcement was made by the Arab Coalition spokesperson Colonel Turki Al-Maliki on Sunday, adding that the Houthis are continuing to deliberately target civilians and infrastructure in Saudi Arabia.

The attack comes just hours after another drone was intercepted and destroyed in Saudi Arabia.

The failed attack is the latest in the series of attempted attack launched by the Houthis in recent weeks. The Houthis has been ramping up its efforts to strike Saudi Arabia and several areas in Yemen outside its control.