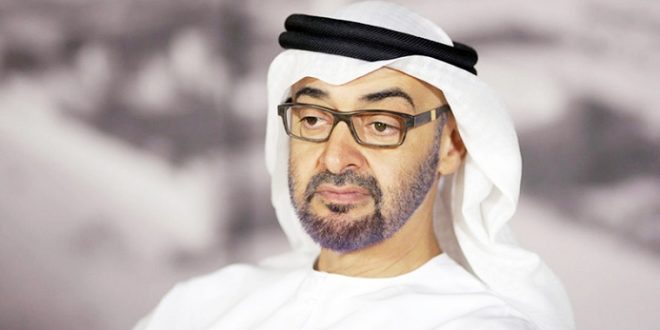 Amnesty International has released a report accusing the UAE of practising arbitrary detention campaigns, torture and enforced disappearance against citizens and residents while imposing restrictions on freedom of expression.

This came in an in-depth report published by the organization on its website, today, Tuesday, on the situation of human rights in the Middle East and North Africa in 2019.

The organization said that it had documented many cases in which “the rights of detainees in the UAE were violated and the state security apparatus was responsible for most of these breaches.”

Amnesty International stated that “people were arrested in the UAE without the issuance of an arrest warrant against them, held incommunicado for weeks or months, and subjected to torture or  other types of abuse.”

The report stated that “the UAE authorities continued to arbitrarily arrest and prosecute peaceful dissidents, and suppress any source of criticism to the government,” noting that “dozens of prisoners of conscience are still held in extremely poor conditions.”

On the other hand, the international human rights organization condemned the continued participation of the UAE in the Saudi-led Coalition to fight the Houthi movement in Yemen.

The report indicated that “the Coalition was involved in committing war crimes and other serious violations of international law,” and that Abu Dhabi had supplied warring militias in Yemen with weapons and military equipment.

Since March 2015, an Arab military coalition led by Saudi Arabia, in which the UAE has participated, has supported government forces against the Iran backed-Houthis, who control several Yemeni provinces including the capital, Sanaa, since September 2014.

In addition to Yemen, “the UAE has been supporting the forces of Khalifa Haftar, who committed serious violations of international law in Libya,” according to the organization.

Amnesty International pointed out that “the UAE provided Haftar forces with weapons and carried out air raids in its favour using drones, in violation of the United Nations arms embargo in Libya.”

The Haftar forces, stationed in the east, are fighting the legitimate government over the capital, Tripoli, and have launched a continuous military operation since 4 April 2019 to control it, amid ongoing international efforts to implement a permanent ceasefire and a resume to negotiations.

On the other hand, the human rights organization stated that the continuous arrival of expatriates to the UAE under what is known as the “kafala” system (sponsorship system) is allowing further exploitation and human rights violations.

The organization added: “Foreign workers do not obtain government housing, health care, or any other services, as they depend on their wages to obtain basic services.”

The report conveyed that “the wages of foreign workers are low compared to the costly standard of living in the UAE, which undermines their right to have access to just and favourable work conditions, and to an adequate standard of living.”

The organization pointed out that the UAE refuses to grant citizenship to approximately 15,000 individuals who were born within its borders and do not hold any other nationality, which makes them stateless and deprived of many services provided by the state to its citizens.

It is noted that there has been no immediate comment from the UAE on what Amnesty International reported in its annual report.