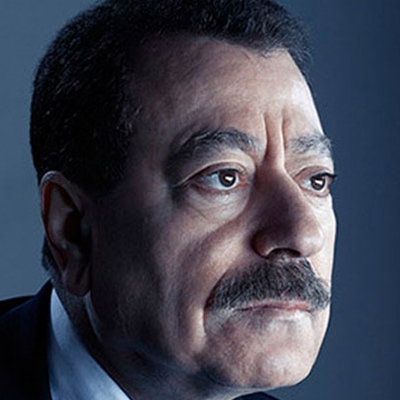 The tweet by outgoing U.S. President Donald Trump revealing that the Moroccan and Israeli governments have agreed to normalise relations was no surprise.

There were clear signs this was coming: the UAE and Jordan opening consulates in the Sahrawi city of Laayoune, and the visit by Trump’s son-in-law and senior advisor Jared Kushner to Rabat and the festive welcome he was accorded by Morocco’s King Mohammed VI.

This deal between Israel and the Moroccan monarchy conforms to the land-for-peace formula — except that the land concerned is not Israeli-occupied Palestinian territory; it is the land of Western Sahara which Trump’s tweet recognised as being under full Moroccan sovereignty.

The U.S. President also offered financial and development aid to Morocco, while Israel’s national carrier announced it was scheduling flights to Moroccan airports.

Qatar and Saudi next?

Trump wasn’t lying when he said that nine Arab states were standing in the normalisation line. He named them as the UAE, Bahrain, Sudan, Saudi Arabia, Qatar, Oman, Morocco, Tunisia and Mauritania.

The normalisation agreements duly followed, one after another. Don’t be surprised if normalisation with the Israeli occupation state ends up being a component of the Saudi-Qatari reconciliation Kushner has been brokering.

He declared just moments after the Moroccan-Israeli deal was revealed that Saudi normalisation with Israel was “inevitable.” This despite senior Saudi royal Prince Turki al-Faisal’s fierce criticism of Israel at a forum in Bahrain which made headlines earlier this week. We will probably be told in due course that the former intelligence chief and ambassador to the U.S. and UK holds no official position and his views do not reflect those of Saudi Arabia.

Israel’s Minister of Intelligence Eli Cohen had named Saudi Arabia, Qatar and Morocco as states that would establish relations with Israel as part of a regional entente initiated by Trump. Now that the Moroccans have done as they were told, will the Saudis and Qataris follow before Trump leaves the White House?

Trump habitually lies about almost every aspect of domestic and foreign policy. The Washington Post has tracked thousands of false or misleading statements he has made since taking office.

But experience has shown us that almost everything he says about the governments of the Middle East is spot-on accurate. This is because the majority of Arab regimes are so weak, compromised and spineless they are prepared to submit to American and Israeli dictates even under a lame-duck president – and they are expert at misleading and lying to their own peoples. It has become clear that the regimes in many Arab countries – monarchies and republics alike – hope to resolve their economic problems or security concerns (caused essentially by their corruption and domestic policy failures) by selling out the Palestinian cause and core Arab values.

Although ironically, the financial rewards they seek consist of Arab money: either recycled to the U.S. from sovereign wealth funds via arms sales, or ordered to be paid directly as bribes for normalisation.

In a nutshell, we are facing the rapid emergence of an Arab-Israeli alliance aimed at confronting the Iranian-led camp in the region. Just as Arab money bankrolls the normalisation agreements, it could end up paying for the coming war on Iran – even though it will be waged mainly on Arab territory and the U.S. bases located on it, with the lied-to Arab peoples its major casualty.

New normalisation announcements, or reports of Israeli airlines, products or tourists appearing in this or that Arab state, no longer surprise us. Most Arab governments have lost any sense of shame when it comes to appeasing the U.S.

But we are confident that before long these regimes will themselves be surprised by the price they are made to by their own peoples for their treachery and betrayal of the Palestinian cause.

Before it’s here, it’s on  Raialyoum.