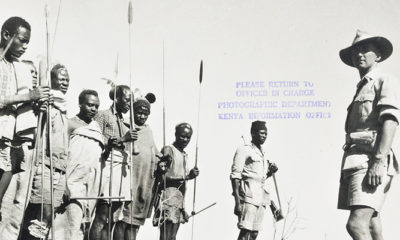 Warsan magazine, December 27, 2021
The Elephant, December 17, 2021
By Aymar N. Bisoka, David Mwambari and Sabelo J. Ndlovu-Gatsheni
At the beginning of 2021, French President Emmanuel Macron approached the Cameroonian historian and political scientist Achille Mbembe to prepare the New Africa-France Summit, which was to take place in Montpellier, France, on 9 and 10 October 2021. The most immediate context of a forthcoming election in France itself in which the French president might be using this occasion to win the Afro-descendant votes should not escape our minds. Unlike previous summits, this one was to welcome a new generation of young Africans from Africa and its diasporas to an open and direct dialogue with Macron. For the first time in history, the summit between France and African countries was held with no African head of state.
As part of the preparation for the summit, Mbembe had to lead a series of discussions in twelve African countries and the diaspora, ahead of the actual event, around themes of common interest. According to him, the aim of these discussions with African and diaspora youth was to “directly and openly question the fundamentals of this relationship [and] to redefine it together.”
Four days before the summit started, Mbembe submitted a 140-page report containing thirteen proposals for a ‘refoundation’ of relations between France and Africa. These proposals focus on an Innovation Fund for Democracy, a House of African and Diasporas Views, migration, employment, intercontinental economic transparency, the transformation of development aid, the voice of Africa on climate change, the narrative on Africa, the rethinking of the relations between Africa and Europe, the restitution of stolen works of art, among others. During the summit itself, twelve young people were selected to discuss with Macron and mount a critique on the issues arising from the proposals contained in the Mbembe Report.
What is the real meaning of this summit beyond the organisers’ pronouncements? How can we understand the controversies and discourses that came out of it? Was this summit simply a way for France to improve its image that has deteriorated sharply over the past four years?

Placing the summit in its historical context

The counter-summit was an eye-opener. A collective of associations, unions, and political parties organised a counter-summit to denounce the Françafrique (the term used to describe the continued and unabated influence of France, its government, and businesses, over its former colonies). Their objective was to unmask ‘the hidden face’ of the ‘New Africa-France summit’ and to challenge France’s policy in Africa. For most of the detractors, the summit was simply a publicity stunt to restore the image of France, which has deteriorated sharply in recent years, particularly in the eyes of African youth.
It is indeed true that several events of the last three years were behind the demonstrations against France in Africa and, therefore, Emmanuel Macron had an interest in a charm offensive to try and restore the image of his country in many regions of the continent.
The counter-summit registered the participation of significant political figures such as Mireille Fanon-Mendès-France, daughter of Frantz Fanon, and Miriam Sankara, the wife of the African hero, Thomas Sankara from Burkina Faso. For those attending the counter-summit, Macron’s announcements for a change in France-Africa relations over the past four years were being challenged as nothing but the usual operations of colonial seduction to give neo-colonial relations a new lease of life.
For example, the reform of the CFA franc, in favour of the future West African currency ECO, still guarantees a central role for France in the monetary policy of West African countries. Also, the announced end of Opération Barkhane is, like other previous military operations in Africa, part of a strategic redeployment towards maintaining French influence through military cooperation and the action of Special Forces.
Macron’s France has therefore never introduced a break in its African policy but, on the contrary, continues to increase its neo-colonial influence in Africa strategically to fight against growing criticism, particularly from young protestors. These are the reasons why this summit was considered as a symbolic renewal of old Franco-African summits, by using topics such as ‘Youth and actors from the diaspora, entrepreneurship, culture and sports’ to continue to revive the same colonial practices of France in Africa.
The counter-summit of a hundred organisations and supported by several political parties and unions succeeded in organising itself around a message which clearly showed what the meaning of “putting an end to the coloniality of France-Africa” had to involve. The meetings, debates and events they organised on the side-lines of the official summit showed a great mistrust towards Macron, based on their deep knowledge of existing contradictions between France’s discourse and its actions in Africa.
It emerges from these debates that this is not the first time a French president has promised to put an end to France-Africa coloniality, including president Nicolas Sarkozy (2007-2012) and president François Hollande (2012-2017). These presidents always talked about cosmetic change and a change of style in their relationship with Africa, but not the kind of rupture that the counter-summit participants were asking for.
An example of changing styles over time is how from President Charles de Gaulle (1959-1969) to Jacques Chirac (1995-2007), France had a personal relationship with African presidents, in order to maintain its influence on the African continent. The style then changed with Sarkozy and increased with Francois Hollande, with more emphasis and focus on ‘democratisation’, but still insisting on positioning a relationship with politicians and the Élysée (the official residence of the French president). More recently, the gradual disappearance of former dictators in some African countries has not allowed the Élysée to establish personal and deep relations with certain African presidents. Therefore, it was necessary to change the former way of doing things, in order to maintain, above all, the influence of France in Africa.
Sarkozy, who did not appreciate the need to change the old model of the France-Africa relationship, paid dearly in a lawsuit related to his relations with President Muammar al-Gaddaf. Macron thus had no choice but to try and refigure the relationship in a different way. Yet, this does not mean that the core of France-Africa coloniality has altered in any way.
This is what the counter-summit meant in demanding a sign from Macron, showing that there really was a will for radical change. This would consist of France’s commitment towards five very specific points: (a) ending its military presence in Africa, (b) ending the neoliberal trade policy of France and the EU in Africa, (c) stopping support to presidents who remain in power in an undemocratic manner and French interference in the internal political and economic affairs of African countries, (d) cancelling the odious and illegitimate debts of African countries, (e) respecting the freedom of movement and settlement of people as well as putting an end to expulsions of asylum seekers from France in accordance with international treaties.
Some post-colonial thinkers, including Mbembe, argue that we should not only see cynicism in France’s declaration of its desire to improve its relations with Africa. Sometimes the will is there, but differences still appear on the issue of what a healthy multilateral relationship means. Though, we would argue, that beyond cynicism, there is above all an issue of ideological and cognitive incapacity which is at stake in the official French political imagination.
For those who follow topical issues in French politics, there is still in its political world a kind of nostalgia for the French empire, power and influence in the world, which ultimately makes imperialism a criterion of the greatness of a state. According to Achille Mbembe, this deep rationality implies that “France is struggling to enter into the ‘decolonial’ world that is coming” . For this reason, the counter-summit argued that the official summit organised by Mbembe was unable to break with this imperialist baggage which is at the very foundation of the French state.

The empire and its technologies of domination

The cognitive empire sustains colonial relations. It continues to invade the mental universes of its targets. It maintains surveillance over new knowledge which is not informed by colonial and capitalist interests. What sense do we make of the fact that the summit took place within a context in which conservative politicians in alliance with conservative intellectuals were mounting a push-back against critical race theory, intersectionality theory, post-colonial theory, and decolonial thought? These are frameworks that emerged from the battlefields of history and struggles against racism, enslavement, colonialism, capitalism, and patriarchy. It is these frameworks that the current insurgent and resurgent decolonisation of the 21st century is building on, with students, youth and other progressive forces at the forefront.

The new world now has a critical language with which to propose and imagine a future beyond racism, colonialism, capitalism, and patriarchy. The counter-summit was inspired not just by rethinking but unthinking all toxic colonial relations. Summits have been well-known techniques of sugarcoating colonialities. The long history since the 1958 referendum in France has amply demonstrated that colonial relations do not need reform but abolition for any genuinely new relations between France and Africa. What is needed is a double rupture—which is simultaneously epistemic and systemic.