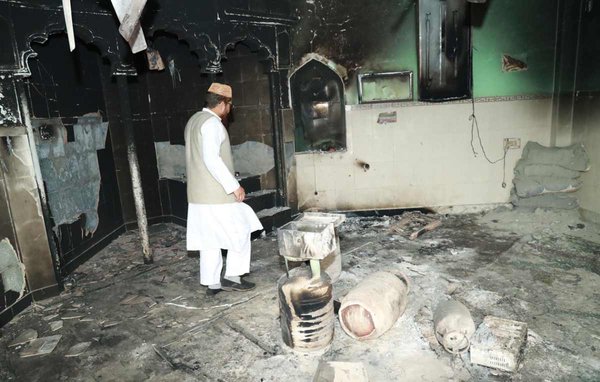 Coalition to Stop Genocide in India

September 15, 2020: The “Coalition to Stop Genocide in India”, a broad coalition of Indian American and US-based civil rights organizations and activists, today welcomed a letter written by fourteen US Senators to Secretary of State Mike Pompeo stressing that US law requires the US Government to consider a federal commission’s recommendations that some countries be designated as a Countries of Particular Concern (CPC), which is the US Government’s official term for countries that are the world’s worst offenders of religious freedom.

The bipartisan letter was signed by ten Republican senators and four Democratic senators and sent to Secretary Pompeo this month. Should the US government decide not to accept the recommendations made by the United States Commission for International Religious Freedom (USCIRF), a federal commission, the letter requires the State Department to inform US Congress of its reasons within 30 days of making that determination.

CSGI has repeatedly called for the inclusion of India in the list of countries of particular concern, and has urged the State Department to accept USCIRF’s recommendations in this regard, given the escalating levels of persecution against religious minorities in India.

“Our nation was founded on the principle that all people have a right to freely practice the faith of their choice, without fear of persecution by their government or any other actors,” the bipartisan letter to Secretary Pompeo said. “As the leader of the free world, it is vital that the United States model and promote this crucial human right and our values to the rest of the world as a fundamental part of our foreign policy objectives.”

The Senators wrote that to accomplish that goal, “we must first publicly highlight abuse, persecution and discrimination experienced by people and groups of faith around the world.”

“We are encouraged to see the pressure from Congress to designate India a Country of Particular Concern. The US should always lead with its values and hold our friends accountable when they miss the mark on religious freedom,” said Matias Perttula, Advocacy Director, International Christian Concern. “The Modi government must move away from its radical agenda and secure the rights and liberties of all religious minorities in India as is guaranteed in its constitution.”

Added Ahsan Khan, National President, IAMC: “The Senators’ letter to Secretary Pompeo shows that there is a strong bipartisan Congressional support for holding India accountable for its escalating violence against its principal minorities, the Muslims and the Christians. The US Government must designate India as CPC.”

“Both the State Department and USCIRF play important roles in sustaining the United States’ leadership in religious freedom across the globe, including through their annual reports,” the letter said. “These reports are invaluable for Members of Congress, other governments, and civil society groups, and help hold bad actors accountable.”

Reports by USCIRF and the State Department “enable the international community to identify atrocities, encourage progress and develop solutions,” the letter said.

The letter has also been sent to US Ambassador for International Religious Freedom Sam Brownback.

The Coalition to Stop Genocide has urged Secretary Pompeo not only to accept the USCIRF’s recommendation that India be designated as CPC “for engaging in and tolerating systematic, ongoing, and egregious religious freedom violations, as defined by the International Religious Freedom Act (IRFA),” but also to move quickly to impose “targeted sanctions” against Indian agencies and officials “responsible for severe violations of religious freedom by freezing those individuals’ assets and/ or barring their entry into the United States.”

The “Coalition to Stop Genocide in India” is committed to safeguard peace, pluralism and social justice in India by ensuring that American institutions and discourse continues to highlight human rights abuses and religious freedom violations in India