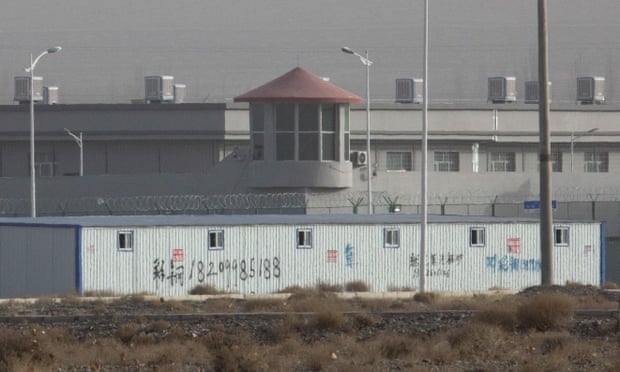 The UK has urged China to give United Nations observers “immediate and unfettered access” to detention camps in Xinjiang, where more than a million people from the Uighur community and other muslim minorities are being held without trial.

The call from the Foreign Office was in response to the China cables, a leak of classified documents from within the Communist party which appear to provide the first official confirmation that the camps were designed by Beijing as brainwashing internment centres.

The documents describe how inmates are to be cut off from their families for at least a year and held behind multiple layers of security to undergo ideological transformation.

The leak prompted the Foreign Office to demand “an end to the indiscriminate and disproportionate restrictions on the cultural and religious freedoms of Uighur Muslims and other ethnic minorities in Xinjiang.”

A spokesperson added. “The UK continues to call on China to allow UN observers immediate and unfettered access to the region.”

In Brussels, the European commission condemned the use of “political re-education camps”. In a statement the commission said it would not comment on the details of the leak, but insisted it would continue to raise the issue of human rights abuses in Xinjiang with Chinese government officials.

“We have consistently spoken out against the existence of political re-education camps, widespread surveillance and restrictions of freedom of religion or belief against Uighurs and other minorities in Xinjiang,” a spokeswoman said.

“We as the European Union continue to expect China to uphold its international obligations and to respect human rights, including when it comes to the rights of persons belonging to minorities, especially in Xinjiang but also in Tibet, and we will continue to affirm those positions in this context in particular.”

In July, 22 countries at the UNs’ top human rights body took the unusual step of issuing an joint statement calling for China to end its arbitrary detentions and other violations against the rights of Muslims in the north-west border region of Xinjiang.

Signatories included the UK, Australia, Canada and a number of European countries. The statement urged China to allow “meaningful access” to the region independent international observers, including Michelle Bachelet, the UN high commissioner for human rights.

Chinese authorities deny they run detention camps and say the “vocational education and training centres” are part of a focused crackdown on extremism and terrorists.

However, the China cables point to the ruling party setting out a blueprint for human rights violations.

Reports of a crackdown first emerged two years ago, as hundreds of thousands of muslims in Xinjiang were rounded up into secretive, newly built and heavily guarded compounds.

Xi Jinping’s government took action following a rise in terrorist attacks. In 2009, nearly 200 people, most of them Han Chinese, died during riots in the Xinjiang capital, Urumqi. Dozens more were then killed and hundreds injured over the following years.

The China cables contain dozens of pages of orders covering the setting up of the camps and the establishment of a vast digital surveillance operation being used to identify new detainees.

In a single week in June 2017, the digital platform flagged up 24,412 “suspicious” individuals in one part of southern Xinjiang alone. Of these, more than 15,000 were sent to re-education camps, and a further 706 were jailed.

The cables reveal camps must adhere to a strict system of total physical and mental control, with multiple layers of locks on dormitories, corridors, floors and buildings.

Inmates could be held indefinitely – but must serve at least a year in the camps before they can even be considered for “completion”, or release. Weekly phone calls and a monthly video call with relatives are their only contact with the outside world, and they can be suspended as punishment.

Control of every aspect of their lives is so comprehensive that they have to be assigned a specific place not only in dormitories and classrooms, but even in the lunchtime queue.

Obtained by the International Consortium of Investigative Journalists (ICIJ) and shared with the Guardian and 16 other media partners, the documents have been independently assessed by experts who have concluded they are authentic.

China’s embassy in London has dismissed the documents as “pure fabrication and fake news”, adding: “There are no such documents or orders for the so-called ‘detention camps’. Vocational education and training centres have been established for the prevention of terrorism.”