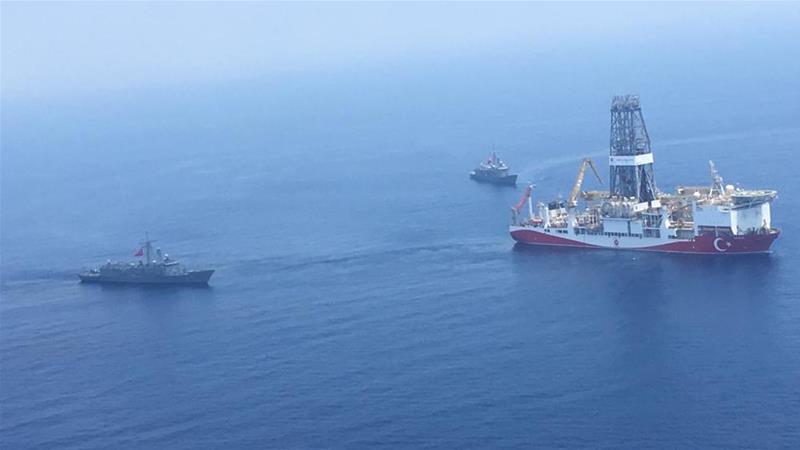 Israeli ship had no choice but to depart even though Turkey does not have any jurisdiction over area.

Turkish Naval Forces intercepted an Israeli ship in Cypriot waters and escorted it away as tension over natural resource exploration continues to rise in the region.

According to reports, Turkish vessels contacted the ship, requested an explanation of their activities, and then demanded it to leave. The Israeli ship was left with no choice but to depart, even though Turkey does not have any jurisdiction over that area of the Mediterranean Sea.

The incident took place weeks after Turkey signed a deal with Libya that mapped out a boundary in the east of the Mediterranean Sea, ignoring Cyprus and Greece’s economic rights in the sea.

Besides national prestige, at stake is the lucrative prospect of hydrocarbon resources. Greece and Turkey have not delimited their Exclusive Economic Zones, which allow countries to exploit undersea wealth.

The Turkey-Libya deal fuelled regional tensions with Greece, Cyprus and Egypt over oil-and-gas drilling rights in the region.

The three countries said the new accord was inconsistent with international law, while Greece expelled the Libyan ambassador.

The European Union also condemned the deal saying: “It infringes upon the sovereign rights of third states, does not comply with the Law of the Sea and cannot produce any legal consequences for third states.”

Turkey’s President Recep Tayyip Erdogan said the accord would also allow Turkey to carry out drilling on Libya’s continental shelf with Tripoli’s approval and it was in line with international law.

“With this new agreement between Turkey and Libya, we can hold joint exploration operations in these exclusive economic zones that we determined. There is no problem,” Erdogan said.

“Other international actors cannot carry out exploration operations in these areas Turkey drew [up] with this accord without getting permission. Greek Cyprus, Egypt, Greece and Israel cannot establish a gas transmission line without first getting permission from Turkey,” he added.

Is a Visa-free regime in Africa possible?