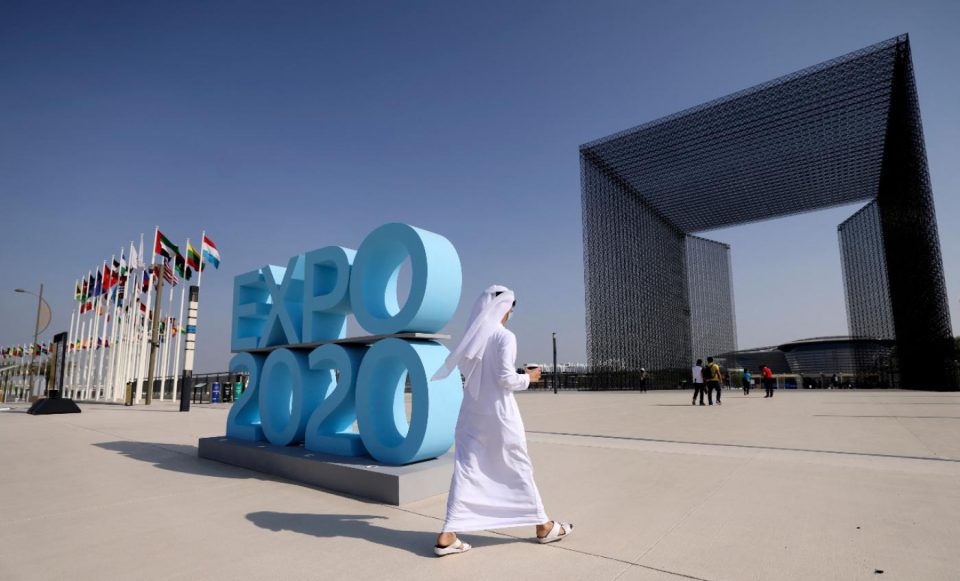 At the same time as the UAE is throwing open its doors to tourists from around the world for Expo 2020, it’s also threatening to slam the prison door on those who exercise free speech. Spanish architect Santiago Calatrava created a pavilion informed by the shape of a falcons wing for the UAE at the Dubai Expo 2020. After investing billions of dollars in the event, the UAE is facing backlash for its human rights abuses and threats to foreign journalists. (Credit: Dezeen)

Dubai’s Expo 2020 opened on October 1, after being delayed for a year due to the coronavirus pandemic. As dozens of countries present innovative projects around technology, arts, and culture, the highly touted fair is expected to welcome millions of tourists from around the world over the next six months, making it the biggest event since the virus outbreak began nearly two years ago.

The Emirati state is hoping the US$7 billion it has invested to host the once-every-five-year event will reap a return of 25 million visitors, and provide its sagging economy a rapid, desperately needed injection of cash. Yet this expectation now looks overly optimistic, given the formation of several storm clouds on its horizon.

“Getting 25 million visitors under the current circumstances seems like a pretty difficult target to meet,” said Robert C. Mogielnicki, a Senior Resident Scholar at the Arab Gulf States Institute in Washington, DC.

The other storm comes in the form of a European Parliament resolution to boycott Dubai’s Expo 2020 and a call for international companies sponsoring the global event to withdraw, over concerns regarding the UAE’s appalling human rights record—particularly towards activists, journalists, academics, and lawyers.

“The European Parliament has taken a strong stand today against the brutal dictators of Dubai,” said Sunjeev Bery, Executive Director at Freedom Forward, a lead NGO organizer of the boycott effort. “The UAE monarchy has engaged in a cascade of human rights violations, including widespread abuses against women and war crimes in Yemen. The UAE Dubai Expo is organized by a member of the ruling family who himself has been accused of rape.”

The EU Parliament demanded the quick release of human rights activists who have been imprisoned for criticizing the Emirati government.

The EU Parliament also demanded the quick release of human rights activists who have been imprisoned for criticizing the Emirati government, many of whom have languished in jail for nearly ten years.

Yet not only have these appeals fallen upon death ears in Abu Dhabi, but the Emirati government is doubling down on its criminal behavior by harassing and threatening foreign journalists who are in Dubai to cover Expo 2020.

According to ABC News, Emirati officials “repeatedly tried to force visiting journalists to sign forms that imply they could face criminal prosecution for not following their instructions.”

In other words, even as the UAE is throwing open its doors to tourists from around the world, it’s also threatening to slam the prison door on those who exercise free speech.

It’s not for nothing the UAE is ranked 131 out of 180 countries on the most recent World Press Freedom Index. The listing observes that even “very minimal criticism of the regime by journalists or bloggers is likely to lead to charges of defamation,” with draconian laws enacted to impose long jail terms on those who insult the state or “damage the country’s reputation.”

This speaks to the Emirati paradox. It’s impossible to market your country as open and free to the international community, while ruling over it like it were a hermit kingdom.

Crown Prince Mohammed bin Zayed’s (MBZ) desire to brand the UAE as a gateway to the Middle East, Europe, and Asia is being stymied by his increasing paranoia towards perceived and imagined enemies, most of whom have emerged only in his mind since the 2011 Arab Spring. Paranoia goes hand-in-hand with repressive and authoritarian rule.

“MBZ makes little distinction among Islamist groups, insisting that they all share the same goal: some version of a caliphate with the Quran in place of a constitution,” observed the New York Times Magazine in an editorial titled, “Mohammed bin Zayed’s Dark Vision of the Middle East’s Future.”

“He seems to believe that the Middle East’s only choices are a more repressive order or a total catastrophe. It is a Hobbesian forecast, and doubtless a self-serving one,” the article continued.

It’s for these reasons MBZ helped topple Egypt’s democratically elected government in a bloody coup in 2013; defied a UN embargo by arming and supporting anti-government forces in Libya; invaded, occupied, and colonized Yemen under the pretense of battling the Iran-backed Houthi militia; and joined the war against al-Shabab in Somalia along with the Saudi-led blockade against Qatar.

It’s also why he has launched a crackdown on anyone who criticizes him or the Emirati state, including journalists, both local and foreign, who are reporting Dubai’s 2020 Expo.

Alarmingly, international news media organizations, such as the cable news giant CNN, are aiding and abetting the UAE’s threats.

Alarmingly, international news media organizations, such as the cable news giant CNN, are aiding and abetting the UAE’s threats. Freedom Forward – a pro-democracy advocacy group – accused CNN of “playing a role in supporting the dictatorship’s PR agenda” by refusing to disclose whether it’s being paid by the Emirati government to cover the Expo.

“Ambiguity about CNN’s role in covering the Expo, a track record of producing sponsored content for Dubai and publication of a slew of articles profiling Dubai and promoting tourism in the Emirate raise ethical and legal questions,” says the Quincy Institute owned publication Responsible Statecraft.

With Dubai-friendly reporting like this, it’s easy to see why the UAE has gotten away with presenting itself as a progressive, welcoming state to the world, while keeping its citizens and residents – including low-paid foreign workers – repressed under extreme laws and restrictions.

Indeed, Dubai’s 2020 Expo is yet another real-life illustration of the Emirati paradox. But based on the growing controversy around the event, it appears Abu Dhabi’s dubious self-styling is not fooling everyone.

CJ Werleman is a journalist, published author, political commentator, analyst on conflict and terrorism, and activist who has dedicated his career to exposing discrimination and injustices against Muslim communities around the world. @cjwerleman

The article first posted at Inside Arabia