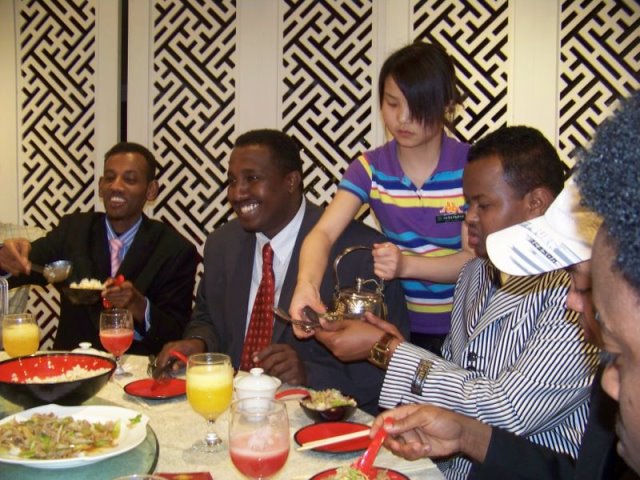 Around 4,600 African students are currently trapped in the Chinese province which sparked the fast-spreading Coronavirus, according to data gathered by Beijing-based think tank Development Reimagined.

China’s central province of Hubei, a popular university destination for African students, is the epicentre of the virus and where the vast majority of deaths have occurred since the outbreak late last year. Wuhan, the provincial capital of around 11m people, is in a state of complete lockdown.

The UK, US, France, Japan and Australia have already evacuated some of their citizens who will be transferred to secure units for two weeks in order to help curb the pandemic.

As the World Health Organization announces a global emergency, African governments are scrambling to put together a response. Morocco and Algeria have publicly announced their intention to evacuate citizens, with a few other African countries expected to follow.

However, due to Africa’s relatively poor healthcare systems China is reluctant to allow governments to repatriate citizens trapped in Hubei.

Many African countries lack the technology needed to diagnose the virus or properly quarantine those affected.

Outside the danger-province, African students are permitted to travel despite facing tight restrictions to their normal lives.

“In other provinces apart from Hubei, students have been allowed to return to Africa,” says Ivan Kamali, studying at the Capital University of Economics and Business in Beijing.

“The problem is inter-city travel. Everyone has been urged to stay indoors and the streets are empty.”

There were 81,562 African students studying throughout the whole of China in 2018, according to government statistics.

As the number of cases in China spirals to 9,809, fears are growing over how long these students will remain protected from the virus.

So far, there are only three international cases of the virus inside China from Pakistani and Australian nationals.

Yet the window to leave the country may fast be shrinking as airlines across the world cancel flights to China in a bid to halt the spread of the virus.

In East Africa, Kenya and Rwanda have encouraged their national carriers to suspend all flights to and from China until further notice. Flights by South African Airways and Ethiopian Airlines currently continue despite mounting concerns.

As it stands, there are suspected Coronavirus cases in Sudan, Angola, Kenya and Ethiopia, but so far none have been fatal.

Spreading to almost all regions in the world, authorities remain concerned that the virus’s relatively benign death rate of 2% could nonetheless have a devastating impact if spread among millions of people.

Unlike Ebola, which continues to blight parts of the African continent, the mildness of the Coronavirus is precisely what makes it dangerous as it allows it to spread.