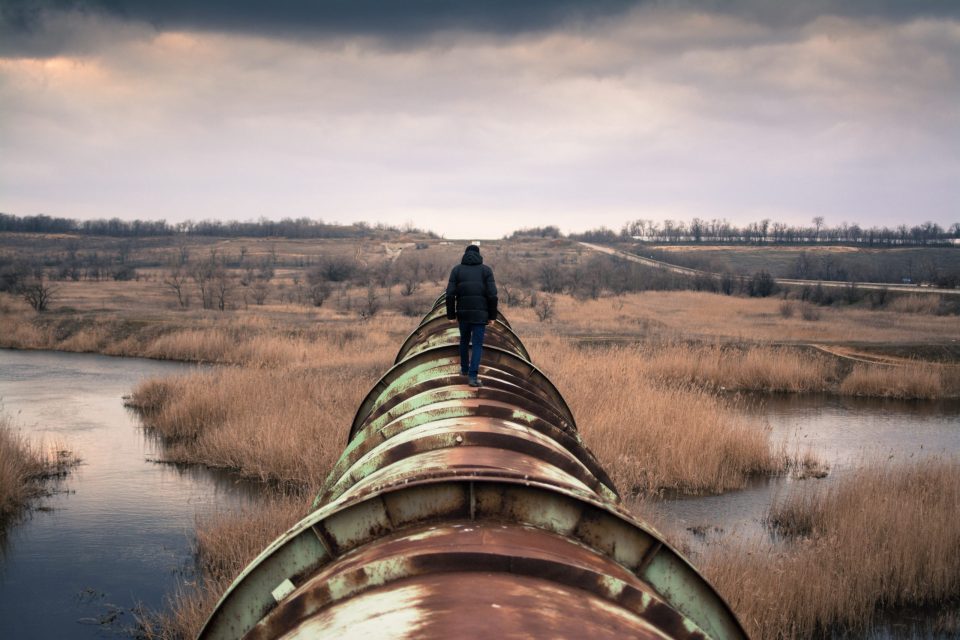 Since the 2016 election, we’ve all heard the word disinformation tossed around, oftentimes in connection with Russia. However, while many people know that Russia has peddled disinformation, likely in connection to our own elections here in the US, we’ve rarely had a moment in the last six years where we can see the pipeline between Russian and US disinformation, propaganda networks, and the role of social media platforms like Facebook.

Disinformation is a global problem. Well before the 2016 election, bad actors were sharing false narratives with the intent to harm across social media to sow distrust in communities and upend social fabrics. Content from these bad actors moves easily across borders and influences the lies told in other places around the globe. But frequently those journeys are hidden, shrouded in a bot network or teased lightly to not draw attention to the nefarious connection. Yet, there is a connection — and Russia’s invasion of Ukraine has just made it easier to see.

Russia’s invasion of Ukraine — and its lead up — has exposed the shared power of Russian propaganda (i.e., Russia Today), US right-wing actors (i.e, Tucker Carlson and Fox News), and social platforms (i.e., Facebook) — showing that with the involvement of all three, harmful narratives can spread quickly around the globe.

Russia’s invasion of Ukraine — and its lead up — has exposed the shared power of Russian propaganda, US right-wing actors, and social platforms and just how quickly harmful narratives can spread across the globe.

The US has a massive infrastructure of right-wing influencers that includes meme accounts (particularly on Instagram and TikTok), news casters like Carlson and Sean Hannity with popular shows on Fox News, outlets like The Daily Wire, and politicians like Rep. Marjorie Taylor Greene (R-GA) or Senator Ted Cruz (R-TX), who all reinforce each other’s messaging on social media, creating cross-channel repetition of the same core message. Russia’s network has been more straightforward with its goals. For example, with regards to Ukraine, the goal of Russian state-controlled media and other disinformation strategies, like bots, has been to spread false narratives to validate an invasion into Ukraine. Over the past few days, Russia Today, a state-controlled media outlet, shared content uplifting the Russian invasion as a “military operation to defend the Donbass republics,” echoing the sentiment from President Vladimir Putin and building on weeks of claims propagated into far-reaching networks in Russia, Ukraine, and all over the world.

In the US, right-wing personalities like Carlson and Tulsi Gabbard, and GOP politicians like former President Donald Trump and South Dakota Governor Kristi Noem have fallen, whether purposely or accidentally, into Putin’s trap of resharing his own warped narratives about the reasons for the invasion. However, it is important to note that most of the GOP establishment in Congress have condemned Putin’s actions.

Media Matters reports that Carlson has been one of the most outspoken defenders of Putin even before the invasion, directly parroting language used by Putin himself. Carlson’s support of Putin is not surprising: His documentary on Hungary’s Viktor Orban demonstrated his support for authoritarian rule indicating his penchant for supporting autocratic leaders. Fox News continues to blame the crisis on weak US leadership, removing accountability from Putin. Other influencers, including Terrence K. Wiliams and Richard Grennell, used the moment to disparage President Joe Biden as “weak” while claiming that Putin is “strong.”

Beyond the danger of the messages themselves is the reach and impact of these high-profile influencers. Social media companies like Meta continue to provide a platform for nefarious actors sharing harmful content. Disinformation researchers are rounding up online falsehoods by the dozens, imploring social media companies to take a stand against Kremlin-based dangerous content. The combination of Russian disinformation networks being amplified by bad actors in the US on platforms with little oversight has bred a dangerous scenario in which the people of Ukraine suffer the most.

Resharing the disinformation narrative that the invasion into Ukraine is anyone’s fault but Putin’s also directly attacks the very foundation of US democracy. Relying on messaging from an adversarial foreign leader and giving those messages a platform in the US is antithetical to our democracy.

The trio of Russian disinformation, US disinformation, and the negligence of social media platforms has resulted in a chaotic information war online. Platforms need to be held accountable at all times, not just during crises where they can deploy rapid response threat mitigation efforts like Facebook restricting some of Russia’s state-owned media right now. This crisis is ample evidence that Congress needs to act to ensure companies are liable for the spread of mis/disinformation on their platforms. If people across the world cannot trust the information they see online, it degrades their trust in what could also be the truth. For a democracy like the US, disinformation degrades the strength of our democracy.

This crisis, in addition to the many before it (like Meta’s complicity in the Rohingya genocide), is exposing how the power of the global disinformation network, in conjunction with the platforms that enable it, are having real offline consequences. In the case of Ukraine, the consequence is a deadly invasion and war, with the sovereignty of Ukraine at risk.

Carina Kaplan is an analyst at GQR focusing on the intersection of public opinion, social listening, and disinformation research. She has experience consulting campaigns, advocacy groups, and governments both in the US and abroad.

EU-Africa Relations: In Need of Honesty