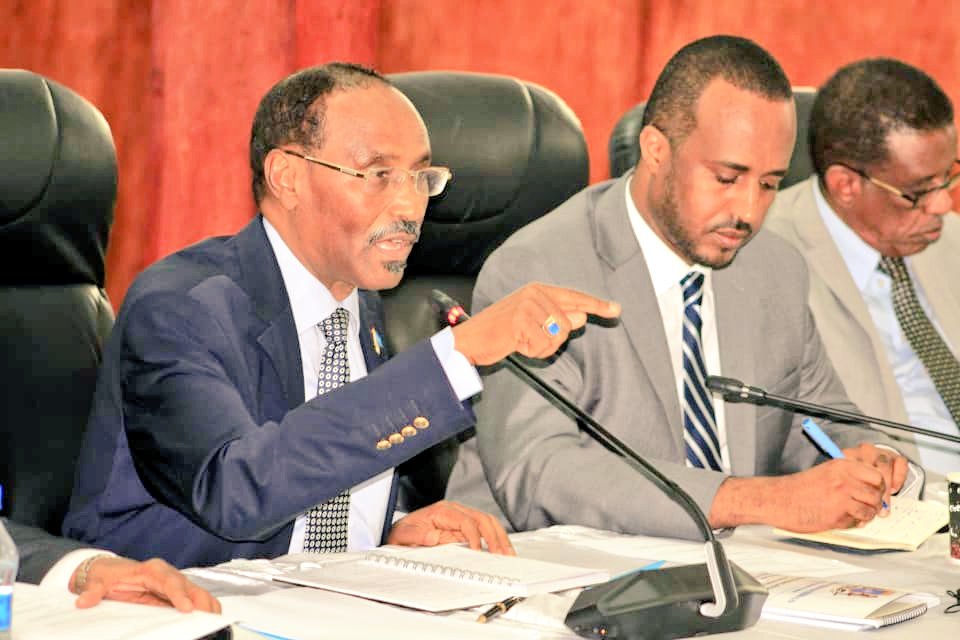 Minister of Finance, Dr. Abdirahman Duale Beyle, has called on Somali’s in the diaspora to support the government financially after Somalia’s international partners have stopped providing budgetary support to the federal government of Somalia since August 2020.

The Minister made these comments on Saturday during a Zoom interview with Abdi Hersy, a political commentator. Beyle said that the government has been paying the salaries of civil servants, soldiers and lawmakers with funds provided to them by Saudi Arabia and Qatar but confided that the fund was spent up by December.

Min Beyle explained that the Federal Government of Somalia spends about $30 million (USD) monthly on government salaries, and international donors provided over 50% of that budget.

“I’ve opened two accounts, and I need Somali’s to contribute. I’ll be briefing the Prime Minister on the updates. I’m calling on every Somali to pay what they can.”

Beyle said the accounts information would be released tomorrow and stressed that the funds would be used responsibly and transparently.

Min Beyle highlighted the progress Somalia has made to financial recovery, including obtaining relief for the nearly $5.3 billion in external debt.

Mogadishu’s port and airport are two primary revenue streams for Somalia’s central government. Beyle said that the federal government had set up an automated taxation system for corporate taxes.

Beyle’s pleas come amidst growing political tension in Somalia over a controversial term extension for the federal government. International partners have warned that they would reconsider their bilateral relations with Somalia – including diplomatic engagement and financial assistance – if Somalia did not walk back on the mandate extension.

Somalia’s Ministry of Foreign Affairs shot back, saying that the government will not tolerate threats or interference from outside forces on internal matters.

The Somali government is heavily reliant on international aid and received US$ 1.9 billion in official development assistance in 2019 that was almost equal parts humanitarian (US$ 934 million) and development aid (US$ 924 million).

The World Bank, United Kingdom, European Union and Germany were the most significant contributors to development aid in 2019, providing more than 50% of total development aid (approximately US$ 500 million). The United States provided nearly half of all humanitarian assistance in 2019 (US$ 455 million).

The Somali diaspora is a significant contributor to Somalia. Their $1.3 billion in annual remittances sent to family and loved ones is between 25-40% of the entire economy.

Kenya’s Omamo arrived in Mogadishu for talks with Somali leaders