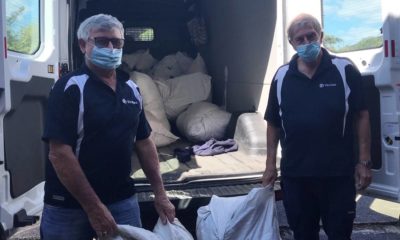 No matter the time or place, one thing unites humanity: as a group, we’re obsessed with getting penises hard. Despite the extreme lengths some have gone to for this purpose, research presented this week at the European Society of Cardiology (ESC) Congress 2021 suggests there might be a much easier option: Mediterranean food.

“In our study, consuming a Mediterranean diet was linked with better exercise capacity, healthier arteries and blood flow, higher testosterone levels, and better erectile performance,” explained study author Athanasios Angelis in a statement. “It seems plausible that this dietary pattern may improve fitness and erectile performance by enhancing function of the blood vessels and limiting the fall in testosterone that occurs in midlife.”

To tackle the condition, ancient Egyptians used baby crocodile hearts, the Greeks used dried beetles, medieval people turned to witch hunts, and in the 20th century, we started (brace yourself) implanting cadaver testicles into living patients. And today… well, we have that little blue pill.

However, a Mediterranean diet filled with fruit, vegetables, whole grains, and olive oil, while limiting dairy and red meat has been repeatedly shown to reduce high blood pressure – so could it also help with erectile dysfunction? To answer this question, the researchers recruited 250 middle-aged men with both conditions and assessed their diets, exercise capacity, testosterone levels, and vascular health, plus the severity of their erectile dysfunction.

The results seem pretty solid: a higher adherence to a Mediterranean diet was associated with a better ability to increase blood flow, higher testosterone levels, and less arterial stiffness. Most importantly, given the subject matter at hand, it was also associated with better erectile performance and less severe dysfunction, making that spanakopita and balela all the more inviting.

“The findings suggest that the Mediterranean diet could play a role in maintaining several parameters of vascular health and quality of life and in middle aged men with hypertension and erectile dysfunction,” Angelis said.

Naturally, the results should probably be taken with some caution: as the saying goes, correlation is not causation, and the study only claims to show an association between the various measurements and the Mediterranean diet. It could be the case that people who follow such a diet are, on average, healthier in other ways too – in fact, the same study found that higher adherence to a Mediterranean diet could be predicted by how well the subjects performed on a treadmill test. Perhaps that, and not the olive oil, was responsible for their penile prowess.

However, for the diet to have had no effect at all? That seems unlikely – after all, even Viagra was originally developed as a blood pressure medication. There’s a large body of hard evidence linking hypertension and erectile dysfunction, so any measure that helps keep a person’s blood pressure in check – be it diet, exercise, or afternoon siesta – will likely have a beneficial effect in the bedroom too.

And honestly, with the Mediterranean diet repeatedly topping the list of the world’s healthiest diets, there’s really no downside to trying it out. So go forth and eat pizza, dear reader – and get your freak on.