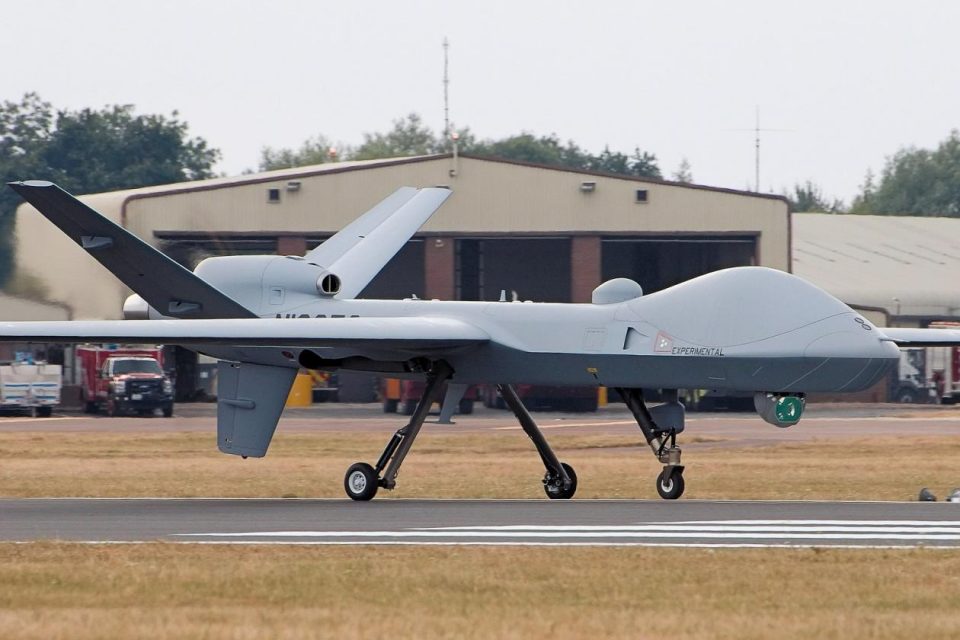 LONDON: A drone launched from Qatar fired the missile that killed Iranian warlord Qassem Soleimani, US military sources have revealed.

Soleimani, head of the overseas Quds Force of the Islamic Revolutionary Guard Corps, Abu Mahdi Al-Muhandis, deputy chief of Iraq’s Popular Mobilization Forces, and five others were killed in the strike at Baghdad airport early on Friday.

They were hit by Hellfire R9X Ninja missiles launched by the MQ-9 Reaper drone sent from Al-Udeid military and air base in Qatar, UK media reported.

Two missiles were fired, one for each of the two vehicles carrying Soleimani and Al-Muhandis, and were controlled remotely by operators at the US Air Force base in Creech, Nevada. A second backup drone was also launched from US Central Command headquarters in Qatar, but was not needed.

The “near-silent” Reaper drone has a range of 1,850 km, can fly at a height of 15,000 meters, and is an “armed, multi-mission, medium-altitude, long-endurance” aircraft designed primarily for offensive strikes, according to the US Air Force. “It provides a unique capability to perform strike, coordination and reconnaissance against high-value, fleeting, and time-sensitive targets,” it said.

US President Donald Trump is thought to have authorized the strike last Sunday, at the same time as approving F-15 fighter jet attacks on bases in Iraq operated by Iran-backed militias. The operation was planned by the US National Security Agency based on intelligence on Soleimani’s movements supplied by informants, electronic intercepts, reconnaissance aircraft, and the security forces of America’s regional allies. Soleimani arrived in Baghdad on a private jet from Damascus minutes before the missile strike.

Sheikh Mohammed said the situation in the region was sensitive and concerning, and he called for a peaceful solution leading to de-escalation.

In Baghdad on Saturday, tens of thousands of people took part in a march to mourn Soleimani, as Iran ramped up threats of revenge for his death.

A rocket fell inside the heavily fortified Green Zone near the US Embassy, another hit the nearby Jadriya neighborhood, and two more were fired at the Balad air base north of the city. There were no casualties.

NATO and a separate US-led mission suspended their programs to train Iraqi security and armed forces.

Gholamali Abuhamzeh, a senior commander of the Revolutionary Guards, said Tehran would punish Americans “wherever they are in reach,” and threatened attacks on ships in the Arabian Gulf