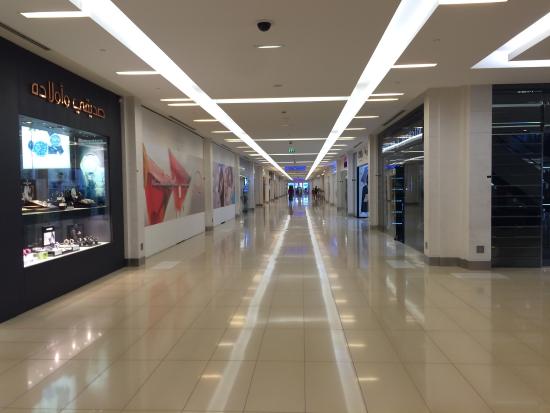 A man clad in face mask and latex gloves, due to the COVID-19 coronavirus pandemic, walks past jewellers’ shops at the Dubai Gold Souk in the Gulf emirate on 13 May, 2020 [KARIM SAHIB/AFP via Getty Images]

A survey conducted by the Dubai Chamber of Commerce and Industry (DCCI) revealed that 70 per cent of the companies operating in Dubai will suspend their activities within the next six months, due to the outbreak of the coronavirus pandemic and the implications of the global decrease of demand in various fields.

The study, published by the DCCI on Thursday, polled 1,228 executives operating in various sectors, between 16 and 22 April, during the peak closure period in Dubai.

More than two-thirds of the respondents disclosed that there is a medium to a high possibility of leaving the market during the next six months, while 27 per cent indicated that they expect to lose their business during the next month, and 43 per cent expected to suspend their activities within six months.

It is worth noting that Dubai enjoys one of the most diversified and least oil-dependent Gulf economies, and it relies on sectors such as hospitality, tourism, entertainment, logistics, real estate, and retail.

The study indicated that nearly half of Dubai’s hotels and restaurants, which usually receive international acclaim, are expected to be permanently out of service next month.

74 per cent of travel and tourism agencies and 30 per cent of the transport and storage companies are expected to suspend their activities in the same period.

The DCCI wrote in its report entitled “Impact of Covid–19 on Dubai Business Community”, published on Thursday, that: “The measures for the comprehensive and partial closure of the city push the demand rates in the main markets to complete paralysis… The impact of the double shock curbed economic activity to unprecedented levels, which were not experienced even during the 2008 global financial crisis.”

A spokesman for the DCCI attempted to alleviate some of the shocking findings in the survey, explaining that: “The Dubai Chamber of Commerce and Industry conducted the survey on only 1,228 out of the 245,000 companies operating in Dubai in April when the closing procedures were at a peak. The respondents’ reflections on the issue were based on their expectation of a long-term closure.”

“We expect a significant improvement in the business confidence indicators in the coming weeks and months, as companies are expected to resume their operations,” added the DCCI’s spokesman.

The survey results come at a time when the number of infections with the virus has reached 26,000, along with 233 deaths as of Thursday.

Last year, Dubai’s economy grew by 1.94 per cent only, recording its slowest pace since the economic collapse in the wake of the 2008-2009 global financial crisis.

More than 10 years ago, the global recession forced Dubai to seek $20 billion in rescue aid from its wealthiest and more conservative neighbour, Abu Dhabi.

The global pandemic is likely to cause much more severe damages to Dubai than those caused by the economic recession a decade ago.