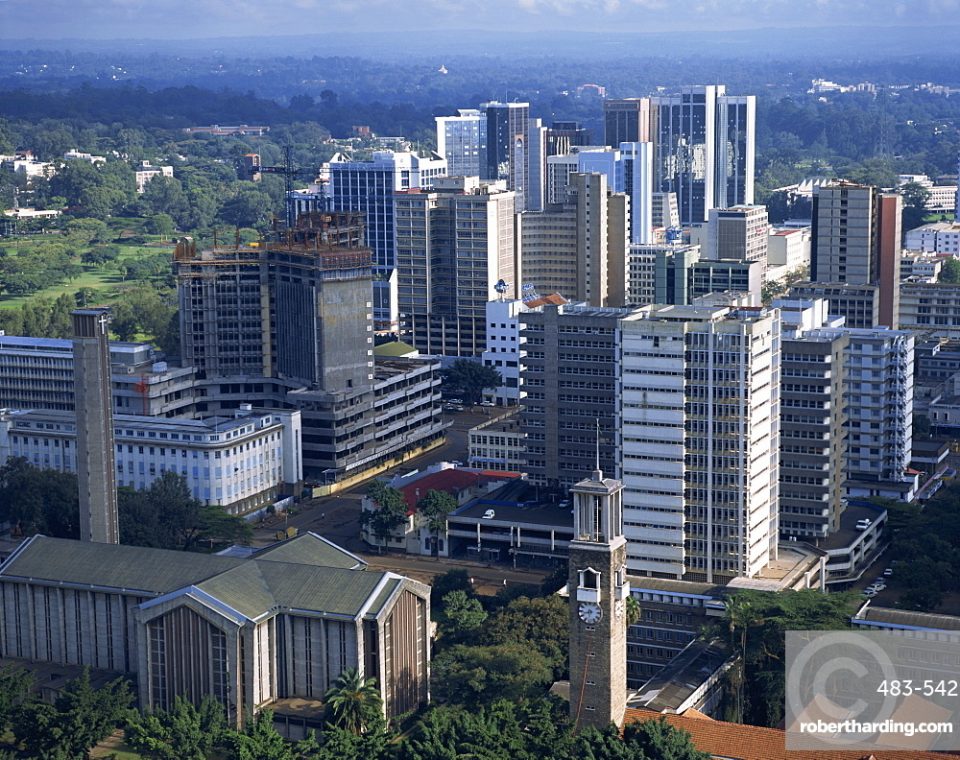 An aerial view of Nairobi/FILE

Named among high-risk cities in Africa

•The government is currently conducting a National Risk Assessment on Money Laundering and Terrorism Financing which the Financial Reporting Centre hopes will help seal loopholes.

Kenya is among country’s whose real estate sector is highly used for laundering proceeds from graft and international financial flows, a report  has shown.

Nairobi is named among top locations in the report by ‘The Sentry’, an investigative and policy team that follows the dirty money connected to African war criminals and transnational war profiteers.

It says African kleptocrats, especially those in war-torn countries, have increasingly favored real estate in African cities, among them Nairobi, as a means for laundering the proceeds of corruption.

Banks, governments, and regional and international organizations have not prioritized the fight on these activities in cities like Nairobi, Kampala, Windhoek, Cape Town, and Johannesburg, the survey notes, creating an opportunity for corrupt actors to exploit the sector.

Loopholes in the real estate sector amount to an “unregulated backdoor” to the global financial system, intergovernmental organizations have warned.

A recent evaluation by the Eastern and Southern Africa Anti-Money Laundering Group (ESAAMLG), on Kenya, noted the lack of enforcement of 2011 anti-money laundering legislation requiring real estate agents to report suspicious transactions, as a challenge.

“Kleptocrats may choose these destinations because of their comparative political, economic, or monetary stability,” the survey reads in part.

Authorities in Kenya, among other countries, are said to have done little to address risks in sectors vulnerable to money laundering and investments of stolen wealth.

National Treasury  CS, on March 22, 2019, appointed a taskforce to spearhead the exercise expected to be complete by December this year.

In an interview with the Star, Financial Reporting Centre (FRC) Director-General Saitoti Maika said the findings will inform on high-risk areas with government taking appropriate measures, even as he agreed real estate remains vulnerable.

“Not only in Kenya but globally, real estate is an area that is targeted but we cannot be certain that this is what is happening in Kenya. Let us wait for the risk assessment which will tell us more,” Maika told the Star.

According to him, lack of a strong regulator in the sector has however left a lot of transactions unchecked, despite efforts to sensitize industry players to do through background checks on investors they are dealing with.

“What we have is a licensing board and not a regulator. The sector is not well regulated,” he noted.

The task force on the National Risk Assessment is comprised of among others, officials from the National Treasury and Planning , FRC, Central Bank of Kenya,   Asset Recovery Agency , Kenya Bankers Association and Kenya Revenue Authority.

“Regional governments should identify properties purchased with corrupt funds, investigate the sources of funds in those transactions, and coordinate investigations with signatories to the United Nations Convention Against Corruption (UNCAC),” The Sentry organization says.

According to the report, ESAAMLG should develop and recommend jurisdiction- or geography-specific enhanced due diligence standards.

Reporting requirements in order to improve the quality and consistency of information available to banks, regulators, and law enforcement, is also required.

International financial flows take a variety of forms, one of the most important categories being that of foreign direct investment.

Before Covid-19 hit the country, the real estate sector was among the most vibrant, with investments in high-end malls, hotels, palatial homes, apartments and gated community developments, mainly in the city’s outskirts.

Maika said it does not necessarily mean the investments are proceeds of corruption, but genuine FDIs have also found their way into the country.

The Economic Survey 2020 puts real estate among the specific service activities that significantly contributed to the GDP growth in 2019, which closed at 5.4 per cent.

Other major players were wholesale and retail trade(9.4 per cent) transport and storage (10.3 per cent) and finance and insurance (7.4 per cent.

“Real estate and other services are expected to be suppressed due to slowdown in economic activities and declining disposable incomes,” the survey released by National Treasury CS Ukuru Yatani in April reads in part.

The country has continued to witness growing property ownerships by South Sudan and Somalia nationals, whose home countries have been politically unstable for decades.

Multi-nationals and expatriates have also been heavily investing in the country with hotels, residential and holiday homes being among top investments.

In a July 2018 report, the Financial Action Task Force (FATF) and the Egmont Group of Financial Intelligence Units noted that the lack of standardized oversight in designated non-financial businesses and professions, including real estate agents and title deed providers, provided access to the global financial system.

As a result, money launderers can often use real estate to conceal funds, particularly by making cash payments (to avoid scrutiny by banks) or using shell companies (to obscure the identity of the property’s ultimate purchaser).

ESAAMLG, the regional body charged with monitoring anti-money laundering efforts in eastern and southern Africa, has identified significant vulnerabilities with respect to the real estate sectors of Kenya, Uganda, Namibia and South Africa.