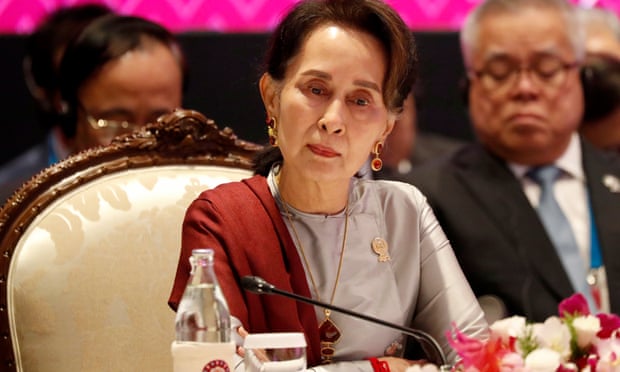 Aung San Suu Kyi is among several top Myanmar officials named in a case filed in Argentina for crimes against Rohingya Muslims, the first time the Nobel Laureate has been legally targeted over the crisis.

Rohingya and Latin American human rights groups submitted the lawsuit in Argentina on Wednesday under the principle of “universal jurisdiction,” a legal concept enshrined in many countries’ laws.

The premise is that some acts – including war crimes and crimes against humanity – are so horrific they are not specific to one nation and can be tried anywhere. 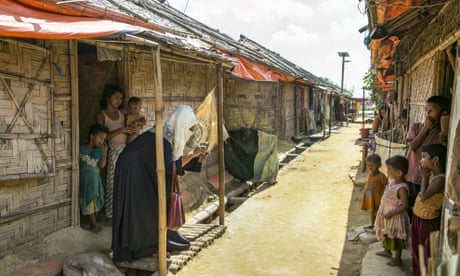 “This complaint seeks the criminal sanction of the perpetrators, accomplices and cover-ups of the genocide. We are doing it through Argentina because they have no other possibility of filing the criminal complaint anywhere else,” lawyer Tomas Ojea told AFP.

“For decades, the Myanmar authorities have tried to wipe us out by confining us to ghettos, forcing us to flee our home country and killing us,” said Tun Khin, President of the Burmese Rohingya Organisation UK (BROUK).

Argentinean courts have taken up other universal jurisdiction cases, including in relation to ex-dictator Francisco Franco’s rule in Spain and the Falun Gong movement in China.

Myanmar faces mounting legal pressure in courts around the world for the 2017 expulsion of the Rohingya.

A separate case was filed on Monday against Myanmar by the Gambia at the UN’s top court in The Hague.

Ojea said he hoped international arrest warrants would be issued as a result of the suit. However, the crime of genocide was not specifically included as it is in not in Argentina’s penal code.