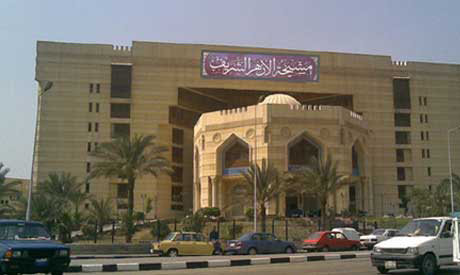 A file photo of Al-Azhar headquarters in Cairo (Photo: Al-Ahram

There is no scientific evidence yet of a link between fasting and contracting the virus, the committee said Muslims should fast during Ramadan regardless of the coronavirus outbreak, an Al-Azhar committee said in an urgent session on Tuesday, amid concerns that the pandemic would affect affect the Islamic fasting month, which is set to begin on April 23.Al-Azhar’s jurisprudence committee said in an official statement that there was “no scientific evidence yet of a link between fasting and contracting the virus.”

“Sharia rulings on fasting remain unchanged that fasting is an obligation for all Muslims, except those exempted from the fasting with a valid excuse,” it said.

The statements come amid debate on social media over whether the pandemic will affect Ramadan, and uncertainty over the effect on the hajj pilgrimage, which is normally undertaken by over 2 million pilgrims.

The Egyptian authorities have said that all congregational religious activities, including communal prayers in mosques, will continue to be suspended during Ramadan.

Other public activities planned for Ramadan, such as public banquets for the needy to break their fast, have also been suspended.

Egypt suspended prayers at mosques and church services last month in a move aimed at curbing the outbreak of the novel coronavirus in the Arab world’s most populous country.

The move was preceded by the suspension of schools, universities and air traffic.

A two-week dusk to dawn curfew which began on 25 March is expected to be extended soon.

Egypt has so far registered 1,322 coronavirus cases, including 85 deaths. The number of coronavirus patients who have retested negative for the virus has reached 396, 259 of whom have fully recovered and left isolation hospitals.