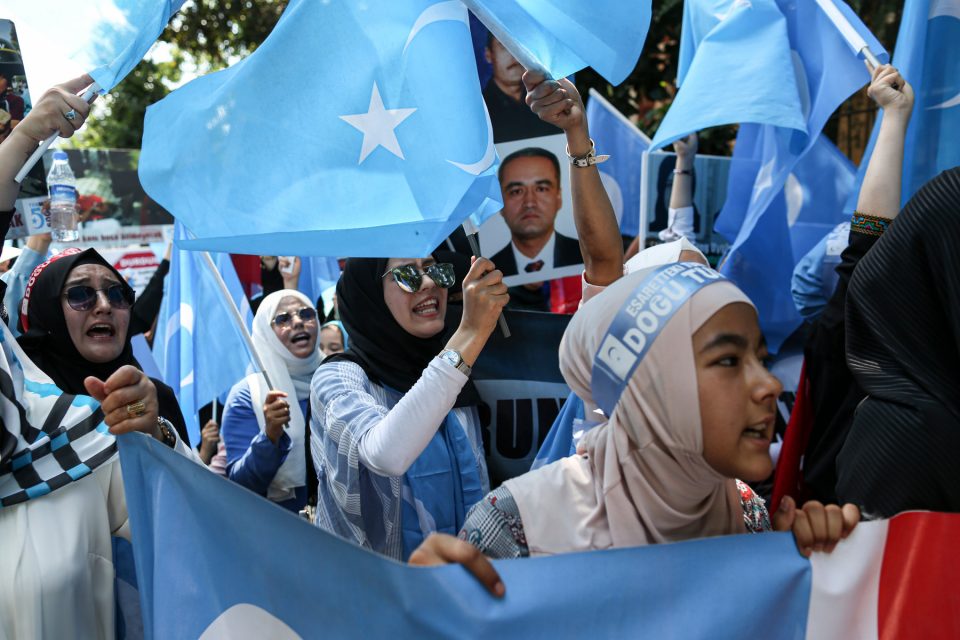 Uighur women in China’s Xinjiang province who have more than the approved number of children are being forcibly sterilised, forced to have abortions or having intra-uterine contraceptive devices (IUDs) inserted without their consent, according to reports that have emerged in recent weeks. The birth rate for Uighurs, a predominantly Muslim minority, has decreased significantly, according to a recent research report.

These alleged practices are egregious violations of the human rights of Uighur women, and in my opinion, constitute genocide of the Uighur people.

Human rights concerns have been raised for the past few years over China’s detention of Muslims in reeducation camps in Xinjiang. Now a number of attempts are being made to hold China accountable on the international stage, including at the International Criminal Court (ICC).

Under China’s one-child policy, which was relaxed in 2015, the country enacted a highly intrusive campaign of social engineering for decades, in an attempt to keep down the population growth. However, minority groups, including the Uighurs, were often permitted to have more than one child, while Han Chinese – the majority ethnic group in China – were not.

But the policy allegedly now being enforced upon Uighur women reverses this. By reportedly forcing them to have their pregnancies terminated, to be sterilised or fitted with IUDs, China is taking deliberate, active and invasive steps to reduce the number of births to Uighur women.

These policies violate China’s duty not to subject its population to inhuman and degrading treatment. Any medical intervention performed without informed consent is already unlawful, and may even be criminal.

What is reportedly going on in Xinjiang province is extreme, state-sponsored abuse, with permanent consequences for women in many cases. Interventions such as these, with no legitimate medical justification, forced upon these women by the state, are a serious violation of their human rights.

Victims of human rights violations in China cannot enforce their rights. The country has no human rights legislation. There is no regional court for aggrieved citizens to turn to. But China’s policies not only violate human rights, they are also arguably a genocidal attack on the Uighur people as a whole.

The 1948 Convention on the Prevention and Punishment of Genocide was adopted in the aftermath of the second world war. Its Article II sets out which acts, committed with “intent to destroy, in whole or in part, national, ethnical racial or religious groups” constitute genocide. One of them is “imposing measures intended to prevent births within the group.” This is precisely what is reportedly happening to Uighur women in China.

Article III of the Genocide Convention spreads the responsibility for genocide around. It is not just the person who performs the sterilisation or abortion or inserts the IUD. Also accountable are those who conspire to commit genocide, those who incite it directly and in public, those who attempt to commit it, and those who are complicit in the practice.

In other words, responsibility goes right to the top, and all those who knowingly contributed to the genocide or tolerated it may be criminally responsible.

There are legal routes, albeit unlikely, for those responsible for China’s policies against the Uighurs to be brought to account. First, if there is sufficient evidence against particular individuals, and they were to travel to other countries, these countries could assume jurisdiction to try them.

France, for example, has created a genocide unit precisely to investigate and prosecute such offences. In May, France arrested Félicien Kabuga, wanted in connection with the genocidal massacres of Tutsis in Rwanda in 1994.

Another option, which has gained traction in recent weeks, is the idea of bringing a prosecution against certain Chinese officials at the ICC at The Hague. The ICC has jurisdiction to try genocide as well as crimes against humanity – widespread or systematic attacks on a civilian population – and there is little doubt that China should also be in the dock for this.

China does not accept the jurisdiction of the ICC, which means that, ordinarily, the court could not try Chinese citizens. However, lawyers acting on behalf of a group of exiled Uighurs claim some of the victims were kidnapped from Cambodia and Tajikistan, which do recognise the ICC. This would give the ICC jurisdiction.

It remains to be seen whether the court will agree and open an investigation, but it has used the same reasoning to assume jurisdiction regarding the treatment by Myanmar – which is not an ICC signatory – of Rohingya people who fled to Bangladesh.

The legal arguments are real and they are important. A light should be shone on the criminal acts of the Chinese authorities, but the law is never the whole answer.

Perhaps increasing diplomatic pressure – such as new sanctions announced in early July on Chinese officials by Washington – and public scrutiny over what’s happening in Xinjiang may in the end have more influence on China. However, China’s recent imposition of a new security law in Hong Kong amid international condemnation suggest that it is not too bothered about what the rest of the world thinks.