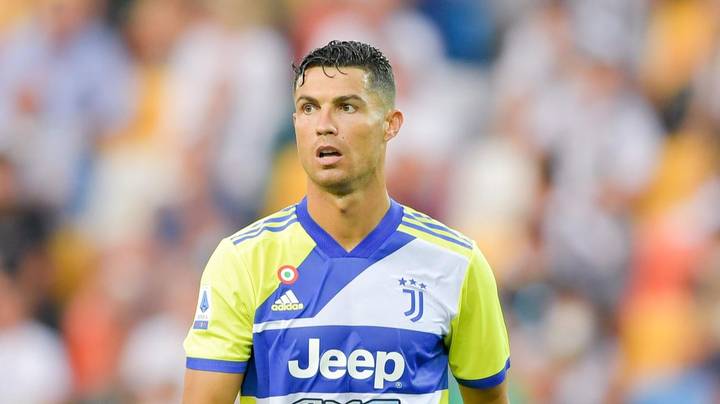 Cristiano Ronaldo has been the subject of intense transfer speculation this summer, with the Portuguese phenomenon reportedly unhappy with life at Juventus.

Adding fuel to the fire, Ronaldo reportedly asked not to start Juve’s Serie A fixture against Udinese at the weekend – despite being fit and available.

And now, according to reputable French publication L’Equipe, the five-time Ballon d’Or winner is trying to engineer a move to Manchester City and Juve have named their asking price, too.

Ronaldo, who is in the final year of his contract in Turin, was reported earlier this month to have been offered to the reigning Premier League champions by his controversial agent Jorge Mendes.

L’Equipe suggests that City are keen to pay Ronaldo’s wages, but are unwilling to pay for a transfer fee, with the Italian giants holding out for around £25m for the 36-year-old.

They also claim that Ronaldo is making moves behind the scenes and has spoken to City’s Portuguese stars in Bernardo Silva, Ruben Dias and Joao Cancelo.

Ronaldo has also been linked with a blockbuster move to Paris Saint-Germain, with the Ligue 1 powerhouses keen on linking him with fellow Ballon d’Or-hauler Lionel Messi.

According to Spanish outlet OK Diario, Nasser Al-Khelaifi wants to see Ronaldo play alongside a crop of superstars which include Messi, Neymar, Sergio Ramos, Gianluigi Donnarumma and Marco Verratti.

Their report, however, claims that the move will only be viable if Kylian Mbappe – who reportedly rejected a new five-year contract at Les Parisiens last month – trades the French capital for the Spanish, in a big-money move.

With that lucrative move in mind, Real Madrid submitted an opening bid of £137 to sign the 22-year-old on Tuesday night, with the ball now firmly in PSG’s court.

If that move does come to fruition, then football fans around the world could see Ronaldo and Messi – two of the greatest to ever play the beautiful game – link up as teammates, instead of opponents.