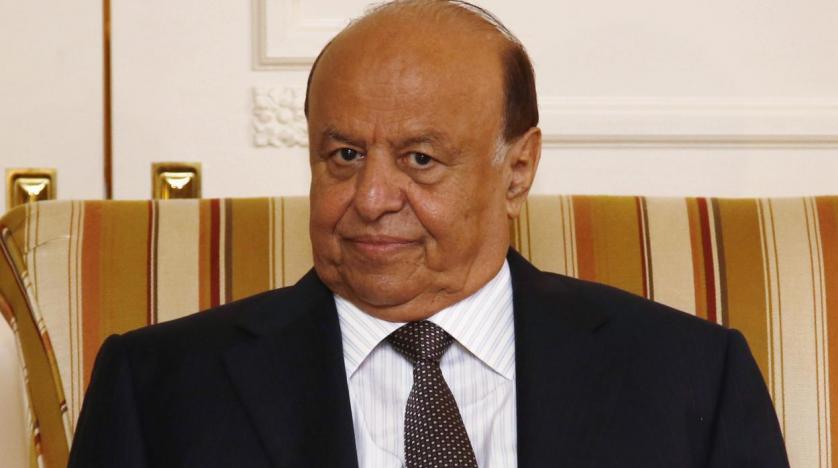 In spite of having no substantial physical political presence in Yemen, and no formal armed forces on the ground, the media is insistent on running with the same, tired expression of “the internationally recognised legitimate government” of the fugitive president, Abd Rabbuh Mansur Hadi, who has apparently been running the country from the Saudi capital, Riyadh, since he fled Yemen in 2015.

It has now been over a month since the signing of the Riyadh Agreement, which was hailed as ushering in peace in the south, not only among the warring factions of Hadi’s forces, which largely consists of Islamist, Islah militia and Sudanese mercenaries against the Security Belt forces, who are aligned with southern separatists, the Southern Transitional Council (STC), but it was also hoped to simmer down the tension between the patrons of these two parties, Saudi Arabia and the United Arab Emirates (UAE) respectively, both partners in the anti-Houthi coalition in the north, but backing opposing sides in the south.

It was also a month ago that I argued that this agreement will fall flat in its objectives, namely due to the fact that Hadi doesn’t have any concrete authority in Yemen, and the real political legitimacy lies with the National Salvation Government (NSG), which has been ruling the capital Sanaa since 2014. Its power-base was formed from of an alliance between the Ansar Allah movement, the Yemeni military and remnants of the General People’s Congress political party – however the same news outlets who are trying to convince us of the “internationally recognised” government, are the same ones peddling the misleading narrative, that the NSG are merely “Houthi rebels” or “Iranian proxies”, following Tehran’s orders.

Essentially, this agreement stalled the inevitability that the Saudis, and the wider international community, will have to accept the reality that the NSG (“Houthis”) are the legitimate government in Yemen. I am using the past-tense here because the agreement is void and no longer exists – it was signed on 5 November and included a 30-day deadline in forming a new cabinet of 24 members, equally split from the north and south. I concluded with the revelation that the Saudis had acknowledged that they had opened channels of communication with the Houthis.

It would now appear that the Trump administration has also done an ‘about-face’ on its policy on Yemen, having once framed the conflict as being an Iranian proxy war, they are now trying to downplay Iran’s involvement. Brian Hook, the US special representative for Iran, went from declaring in September that Iran was “controlling and deploying” the Houthis as a “terror front”, to now stating that “Iran clearly does not speak for the Houthis.” I mentioned back in September how this Iranian connection has been exaggerated and misrepresented by the media. One needs only to refer to a 2015 article which stated that Iran, for example, had in fact warned the Zaydi movement against taking over Sanaa. Indeed, the Houthis, as with Lebanon’s Hezbollah, are actually acting independently, albeit with assistance from Tehran.

Who speaks for the south?

The Riyadh Agreement was always problematic from the outset, because although on paper it was plausible, the reality on the ground, in particular in the interim capital city of Aden, was another thing entirely. There are constant reports of violent clashes between Hadi’s mercenaries and the southern separatist forces. Additionally, there has been a steady increase in assassinations across the city, with the STC hinting liability with Hadi’s associates. Hampering conciliatory efforts, the STC are also refusing to vacate the presidential palace in the city. There are also reports that the former president of the Democratic People’s Republic of Yemen, Ali Nasser Mohammed, has warned the STC against plans to seize his home in Aden province, captured by the separatists last July.

It is important to recognise that the STC does not speak for all southerners, nor for the Southern Movement. There is the Southern National Salvation Council (SSC) based in Mahrah, who not only oppose both Saudi and Emirati interference in Yemen, but had opposed the Riyadh Agreement from its inception, noting that “the agreement gives legitimacy to regional militias affiliated abroad,” with reference to the STC.

The director of Human Rights for Yemen, Kim Sharif, explained to MEMO that the SSC is composed of the “original secessionists” and that the STC are widely regarded as a “traitor entity” by most southerners, as they are a party formed by the UAE who are using and exploiting the memory of the South Yemen state.

READ: Amnesty calls for investigation into ‘EU violation of humanitarian law in Yemen’

Sharif agrees that the Hadi government lacks legitimacy, because following the election where he stood as the sole candidate, he was appointed as president for a transitional period of two years as part of the Gulf Initiative back in February 2012, reluctantly accepted by many, to avoid further bloodshed. Under the initiative, elections were to be held within the transitional period.

However, this failed to materialise and according to Sharif, under Hadi assassinations and terrorist attacks began to increase “funded by the Saudis,” and with a reliance on the Islah Party militia, who have close ties with General Mohsen Al-Ahmar, the vice president whose links to Al-Qaeda are well-documented. Hadi formerly resigned from the presidency in 2015, but has held onto the position ever since, giving him “zero legitimacy”. “There’s no such thing as an ‘internationally recognised government’ under international law. This is sheer abuse of the terms of the Vienna Convention on diplomatic relations and is a totally unacceptable trespass on the sovereignty of the state of Yemen,” Sharif continued.

Meanwhile, with regards to the legitimacy of the National Salvation Government based in Sanaa, Sharif described the 2014 takeover within the context of the failure by Hadi to carry out elections as per his mandate. Additionally, under International Customary Law, whomever takes control of the capital of any country is considered the “de facto” government. In order for this to be ratified, the government has to become “de jure”. Sharif argues that such a government must first follow an “internal legislation process”, which the Sanaa government has done by preserving national institutions, creating the Supreme Council, which includes all political parties including southern secessionists and operates within the existing constitution.

Furthermore, it is the Yemeni armed forces who are subservient to the NSG, in addition to the “Popular Committee” (Houthi fighters), who are the ones defending the nation against foreign aggression enacted by the Saudi-led coalition. These points and the fact that the NSG entered into the “Tribal Honour Agreement 2015” with all tribes, given that tribal rule still plays a vital role in Yemeni politics, ensures that the NSG based in Sanaa are the legitimate government in Yemen.

Although a southerner, Sharif herself is supportive of the NSG and AnsarAllah, as they have a common goal in liberating Yemen from the foreign aggression and occupation. The ultimate aim being “uniting all factions in the south with a view of freeing Yemen from all foreign occupation.”  She is confident that this movement will succeed “in partnership with our brothers and sisters in the north.”

The National Salvation Government is not only arguably the legitimate government of Yemen. The Yemeni armed forces and its alliance with AnsarAllah has proven that they are indeed the most powerful entity in the country, with an ever-developing arsenal, they have recently announced an improved air defence system, capable of “neutralising” coalition aircraft up to a projected 90 per cent in the year ahead, which is significant as according to Yemeni military expert, Brigadier General Aziz Rashid, the coalition depends on aircraft for 85 per cent of its operations. They have shot down several drones in the past two weeks, in addition to an Apache helicopter belonging to the Saudis. Just today, at the time of writing, the Yemeni armed forces downed a Saudi spy plane over the Jizan region.

As the Riyadh Agreement gradually fades into obscurity, and the Saudis and its allies begin to sue for peace and pay for the damage that they caused, in the realisation that it is the Houthi government which is the legitimate power and authority in the country, it is high time that the international community start recognising this too, at the expense of the puppet government based in Riyadh headed by Hadi, who effectively has been held in captivity there and does not speak for the Yemeni people nor has control of the armed forces. Peace, stability and an end to the man-made humanitarian crisis is achievable with the help of this international community, who have been delusional for far too long.