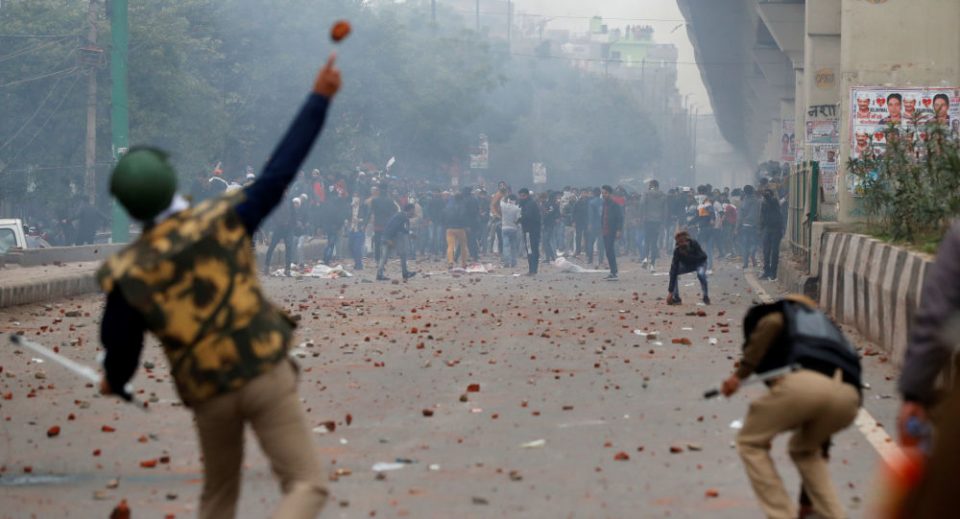 Protests were initially confined to the north-eastern region of India but later spread to other parts, in some cases becoming violent and resulting in the deaths of over 20 people in Assam, Uttar Pradesh and the southern state of Karnataka.

India’s national capital also witnessed several violent protests, with protesters clashing with security forces. Security was tightened on Friday, as Delhi Police feared an escalation of violent protests in some sensitive areas like the south and eastern parts of the metropolis. Police have also put social media on alert to monitor inflammatory material.

The security personnel deployed in Seelampur area, in the eastern part of the national capital Delhi have switched to anti-riot shields with electric shock capabilities to curb protesters with minimum force. This was the first time security forces used the shields capable of generating a 12 Amp current, to keep back unruly mobs.

Delhi Police sources said, the situation in the national capital was under control, and so far there was no incidence of violence. Friday prayers offered in mosques across the city passed peacefully. Police had permitted just two groups to hold protests.

The controversial 2019 Citizenship Amendment Act seeks to grant citizenship to illegal immigrants from six religious minorities – Hindus, Parsis, Jains, Christians, Buddhists and Sikhs from Pakistan, Bangladesh and Afghanistan, if they arrived in India before 1 January 2015. But it excludes this privilege to Muslims from these countries, which opponents of the law say is discriminatory and against the Constitution of India.