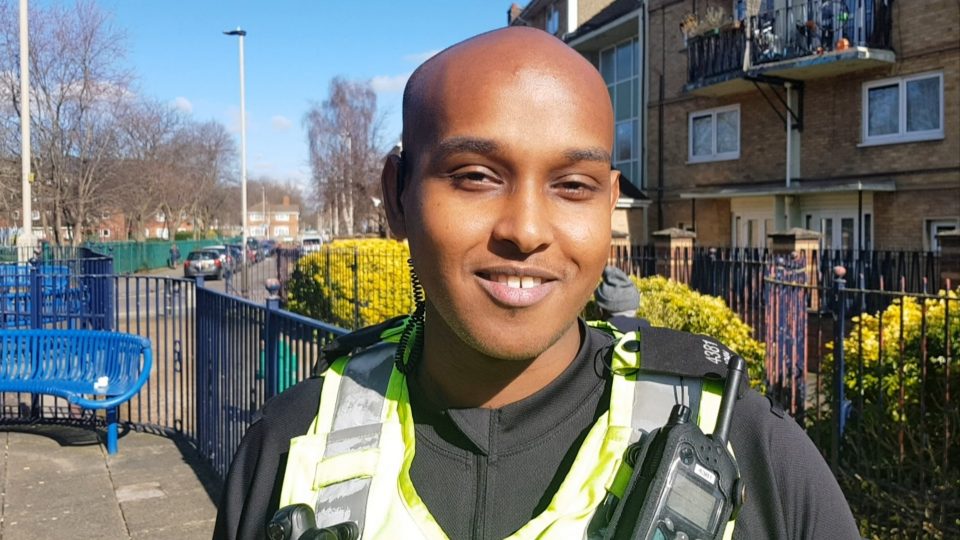 Adam Ahmed spoke openly to the members of the Home Affairs Select Committee about his experiences as a young man who grew up in the city living with his family, socializing and going to school in his policing area.

PC Ahmed, who is Somali, who joined the force as a Special Constable in 2015 and then as an officer in 2017, is currently a neighbourhood policing officer in the Spinney Hill area, working closely within his community where he grew up.

He is the first person from the Somali community to become a police officer in Leicester.

He said: “I come from a very multicultural area and moved into the neighbourhood police role last summer. Since then I have been working on a lot of projects with local mosques such as a football tournament with local kids. I am also bringing mothers together to help us tackle anti-social behaviour and prevent kids moving into crime –there is a high level of respect for mothers in our community.

“Before I became a police officer I was part of something called ‘Leaders Unlocked’. This scheme was through the Youth Commission and I was part of the first group in Leicester. The Youth Commission is designed to work with criminal justice and unlock some of the myths. It means that young people’s views are listened to and presented back to the police and the councils.

“When I was part of that Youth Commission a local officer suggested to me that I might think about becoming a Special Constable, which is a volunteer police officer, so that I could experience policing first hand.

“Policing wasn’t a career that was discussed in my community. All I used to hear was all negative about the police service.

“I was able to get on to a panel where we were asked to review body worn camera footage, where officers had conducted stop and searches. Any negative points would go back to the officers and we would feed back when we felt it was done well. I know I have had my own body worn footage reviewed as a PC now. I also now conduct workshops to teach parents and young people about stop and search.

“I feel that my opinions and views are valued in the police force. When something serious happens my Inspector takes my opinions on board in terms of his decisions. I learnt how to respectfully challenge and put my views across by being part of the Youth Commission. It’s important you create an environment where people feel heard.

“More recently we invited the community to join us on patrol to understand how we are policing during Covid-19. This gave them a better insight into how we are approaching these unusual times.”

PC Ahmed continued to discuss issues such as recruitment and disproportionality with the Home Affairs Committee. The Committee are examining where policing is 20 years on from the Stephen Lawrence report.

Chief Constable Simon Cole said: “I have spoken to Adam today about his appearance at the HASC and I thanked him for his positive outlook. I am extremely proud of Adam and what he has achieved. He is an asset to the force as he proactive in helping us talk to communities and understand what the challenges are.

“He is a breath of fresh air helping us work more closely with leaders and also teaching people about our approach. I want to see more young people like him in this force and would encourage them to apply to work with us.”