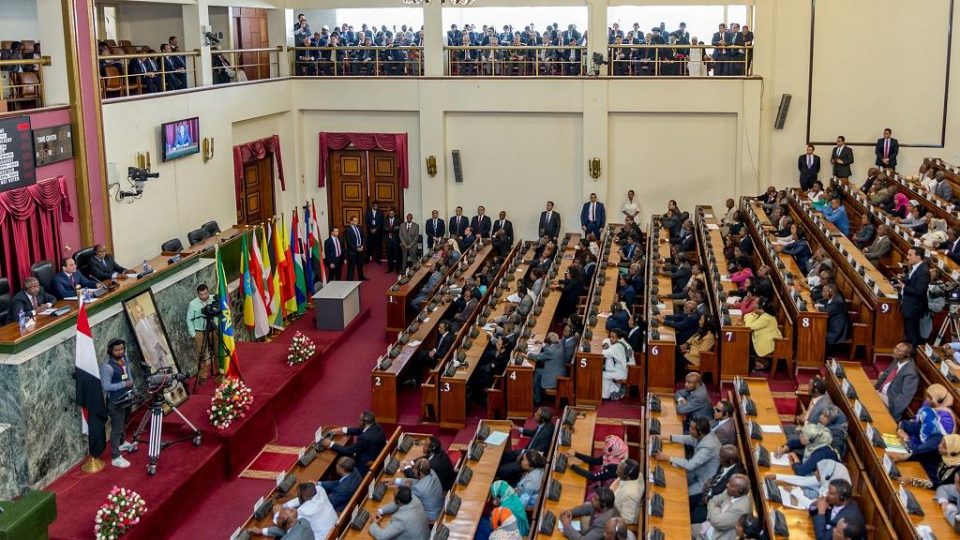 The Council of Ministers led by PM Abiy Ahmed on Wednesday declared the measure to control the spread of the virus and reduce its impact on the country.

Ethiopia’s current tallies stand at 56 confirmed cases, out of which four have recovered and two have died. Two of the patients have been repatriated weeks back.

Abiebie Adanech, Attorney general disclosed yesterday that the COVID-19 State of Emergency (SOE) will be supervised by the Council of Ministers & Ministerial sub committees – the later to be established on an as and when basis.

Previous State of Emergencies have been overseen by Command Posts (CP), which have often been accused of gross abuse of rights including targeted arrests and use of lethal force against persons believed to flout the orders.

Ethiopia’s Chief Justice on Thursday disclosed that federal courts will listen to domestic violence cases that arise from the stay at home order occasioned by a state of emergency declaration on Wednesday April 8.

CJ Meaza Ashenafi disclosed the measure on Twitter: “Considering the possibility of an increase in domestic violence during the #StayAtHome period, a decision is made for federal courts to entertain charges of domestic violence as an urgent type of case.”

On March 18, the federal courts announced partial closure as means of containing spread of the coronavirus. The courts were not to accept new files except cases requiring urgent attention. On April 1, the closure was extended by another 23 days.

Government imposed a five-month state of emergency across the territory, the sternest measure yet for Africa’s second most populous nation. All land borders had been closed and most regional states had strict bans on public transport.

Ethiopia’s COVID-19 tallies as of April 9 midday local time stood at 55 cases with four recoveries and two deaths. The figure is relatively low for a region where neighbours had recorded 100+ cases.

The incidence of increasing gender-based violence amid lockdowns across the world was raised by United Nations Secretary General Antonio Guterres in a recent address calling for more to be done to stem the threat.

The Ethiopian government has imposed a five-month State of Emergency in the wake of efforts to curb the spread of COVID-19. A statement released by the Attorney General’s office says constitutional rights to be suspended. The implementation of the emergency rule starts today.

Most regions across the country had banned the operation of most means of public transport including the capital Addis Ababa, which is the epicenter of the virus in the country.

Already, the northern Tigray Region had declared a state of emergency at a time they had recorded no cases. The region is also the first to get testing capacity outside of the national facilities in Addis Ababa.

The national tally as of April 8 was 55 with three new cases from the last round of tests. Meanwhile, government says it has prepared 645 houses to be given to healthcare professionals helping COVID19 patients.

In other news, First Lady Zinash Tayachew aside recent donations towards the coronavirus fight, has released a gospel song seeking divine intervention in the battle against the pandemic.

In the 6 minute long song, she pleads for “God’s mercy” as the world continues the battles against coronavirus. The song was released on Tuesday and is titled Maren – an Amharic word meaning “have mercy on us.” The first lady sings on a stage with a cross behind her at a point kneeling and praying for “God not to abandon her people.”

The song does not directly refer to the virus, but has phrases like “do not abandon us during this time when the world is terrorised by bad news.” Originally uploaded on the YouTube handle of one Joyce Girma Official,, it has raked some 6,000 plus views as at the time of publication of this article.

The Addis Ababa City Administration has announced that it is temporarily relocating a famous tarding center, the Atikilit Tera market to an open space as of tomorrow April 7.

Atikilit Tera is reputed as the biggest fruits and vegetable markets in the city. Its population is to move to an open space in Jan Meda, city mayor Takele Uma said. The relocation will be implemented with “strict discipline,” he added.

The city authorities have been undertaking series of measures aimed at combating the pandemic which has infected 44 people according to latest figures from Health Ministry.

Ethiopia also recorded first deaths from the disease over the weekend. “The patient was admitted on April 2nd and was under strict medical follow up in the Intensive Care Unit,” Minister Lia Tadesse said of the first victim, a 60-year-old woman. The second victim, a 56-year-old Ethiopian man, had been in ICU for three days.

Meanwhile, religious leaders – Orthodox Church, Islamic – have declared 30 days of fasting and prayers. The leaders met with the city administration of Sunday.

“These uncharted times require an immense amount of unity & humility. I am confident that as we rise to this challenge God will surely show his Mercy. May God bless our people,” the Mayor posted on Twitter after the meeting.

Confirmed cases of the virus have reached 35 in Ethiopia with six new cases being the highest rise since the first case was recorded last month.

Ethiopia’s current tally is relatively low as compared to other countries in the region like Kenya and Rwanda with 122 and 84 respectively. There is a general ban on movement and restriction on public gatherings in the different regional states.

The federal government is leading the virus response. All land borders were closed last week as a containment measure. Cases have been concentrated in Addis Ababa with Oromia and Ahmara region as well as Dire Dawa having recorded cases.