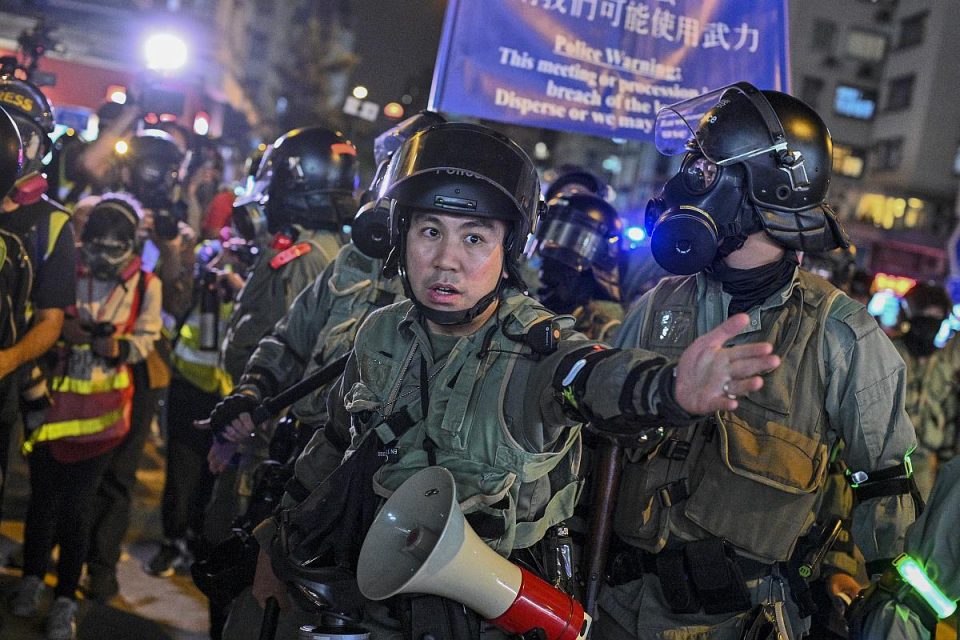 Hong Kong pro-democracy protesters came back to streets on Sunday for a series of marches and rallies after a rare period of calm in nearly six months of unrest. 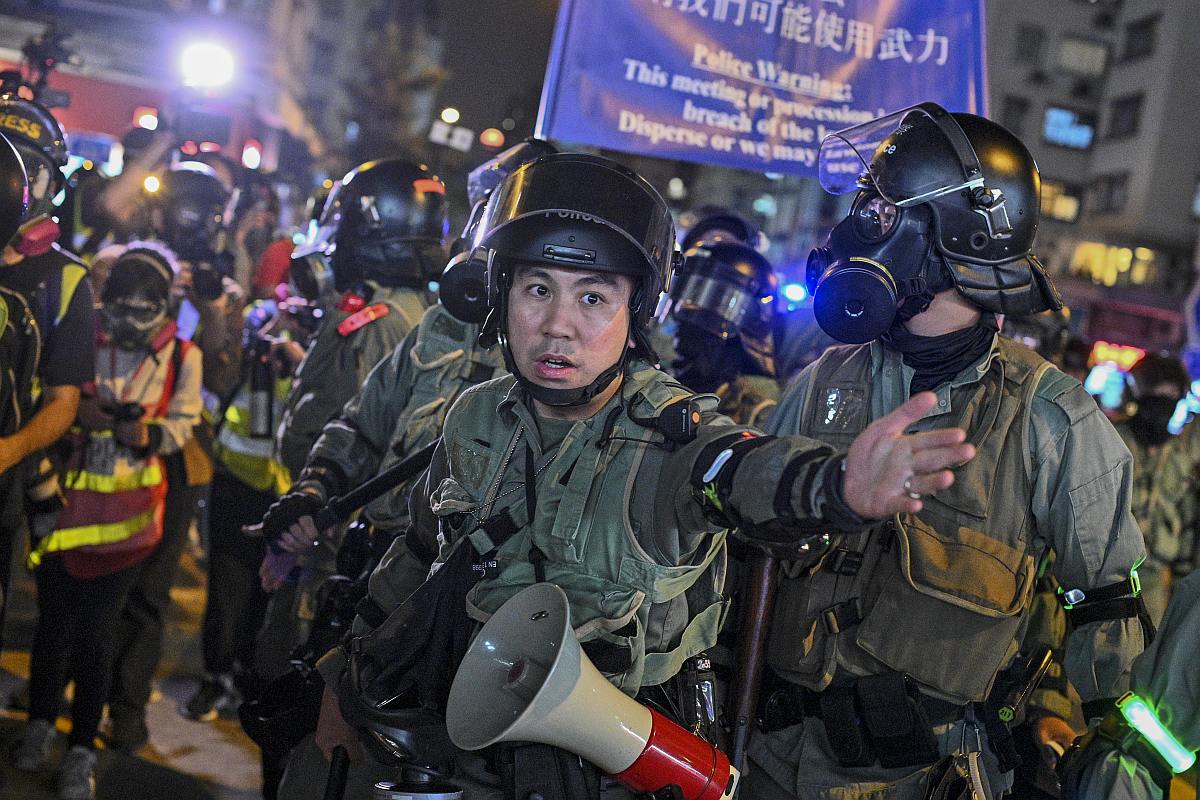 Police fired tear gas and pepper spray in Hong Kong on December 1 as tens of thousands of black-clad protesters flooded into the streets, a week after pro-democracy candidates scored a landslide local election victory. (Photo by Philip FONG / AFP)

Reeling from the twin shocks of a trade war and seething democracy protests, Hong Kong is set to record its first budget deficit in 15 years, the city’s finance chief warned on Monday. In the latest grim assessment for the city, financial secretary Paul Chan told lawmakers that the economy was set to contract 1.3 percent in 2019 hitting the city’s usually bulging coffers.

Chan blamed the 2019-2020 deficit on decreased tax revenues, a slowdown in land sales and recent economic sweeteners he unveiled in a bid to win over the public during a tumultuous year of unrest.

“At the end of the financial year, the SAR government will be in the red,” Chan said, using an abbreviation for the Hong Kong government. “Hong Kong’s economy is now in extremely difficult times,” he added, as he called for political violence to cease.

The city has been battered by nearly six months of protests triggered by rising public anger over China’s rule and the police’s response to protests. Crowds are pushing for greater democratic freedoms and police accountability but the city’s pro-Beijing leadership has refused any major political concessions.

But the economy has also taken a pummeling from the US-China trade war in a city that serves as a crucial link between the authoritarian mainland and the global markets. The last time Hong Kong recorded a budget deficit was in the aftermath of a deadly 2003 outbreak of the Sars virus that killed some 300 people. The city’s budget usually ends the year in an enviable position and successive fat years have built up an impressive cushion.

In March the government said its reserves stood at HK$1,170 trillion ($150 billion) with some critics saying successive leaders have not done enough to alleviate endemic inequality. Confirmation of a deficit will do little to restore business faith in the hub given Beijing is offering no political solution to the crisis.

On Monday, the city’s aviation regulator gave Hong Kong Airlines five days to find fresh revenue streams or risk seeing its license suspended. The carrier, which is owned by the struggling mainland conglomerate HNA Group, has been one of the most high profile casualties of plunging visitor numbers and announced last week it was delaying salaries to some staff.

Hong Kong pro-democracy protesters came back to the streets on Sunday for a series of marches and rallies after a rare period of calm in nearly six months of unrest. There are three events planned for the day that included a march to the US consulate to thank American leaders for legislation backing the city’s protest movement.

Sunday’s demonstrations come after brief skirmishes erupted overnight, with a man assaulted as he tried to clear barricades and police firing tear gas for the first time since November 24 district council elections that saw pro-democracy candidates win a landslide.

(With inputs from AFP)