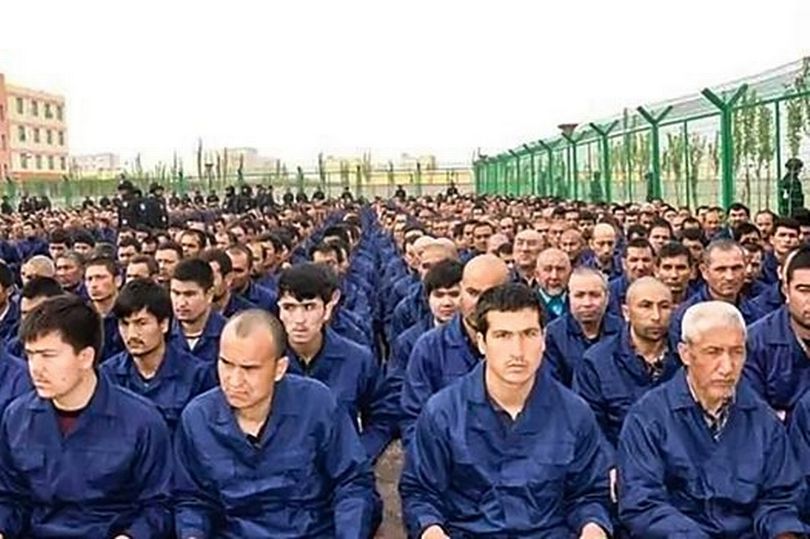 The true extent of China’s merciless “re-education camps” show hundreds of thousands of people are being systematically brainwashed.

China’s brutal re-education camps are a part of the government’s harsh crackdown on minorities under the guise of preventing terrorism.

As many as one million ethnic Uighurs and other Muslim minorities are believed to be in tough camps across the Xinjiang province.

But China has not given any official figures and describes the facilities as vocational education centres aimed at steering people away from extremism.

Among the documents is a harsh memo which outlines strict discipline and punishment for detainees.

Every aspect of a detainee’s life is expected to be monitored and controlled.

All fixed positions are strictly forbidden to be changed.

“Implement behavioural norms and discipline requirements for getting up – roll call, washing, going to the toilet, eating, studying, sleeping, closing the door and housekeeping,” the document reads.

Prisoners can only be released when they are able to demonstrate that they have transformed their behaviour, beliefs and language.

One document reads: “Promote the repentance and confession of the students for them to understand deeply the illegal, criminal and dangerous nature of their past activity.

“For those who harbour vague understandings, negative attitudes or even feelings of resistance… carry out education transformation to ensure results are achieved”.

Some documents even show the scale of the country-wide detentions.

The papers reveal 15,000 people from southern Xinjiang were sent to the camps over the course of one week in 2017.

He said: “It is very difficult to view that as anything other than a mass brainwashing scheme designed and directed at an ethnic community.

“It’s a total transformation that is designed specifically to wipe the Muslim Uighurs of Xinjang as a separate cultural group off the face of the Earth.”

The 43-year-old fled Xinjiang province before she could be sent back inside as a prisoner and is now opening up about the horrors she witnessed.

Of her time in the camp, Sautbay told Mirror Online: “There was constant screaming from there at night.

“Sometimes people were dumped back in class badly beaten or with their nails torn out or blood all over their bottoms and thighs.

“Others never came back so I guess they died.

“Perhaps it is becoming even worse than the Nazis because they can combine the latest technology such as 24-hour surveillance everywhere – with the most primitive methods of torture”.

Via- The Star- UK