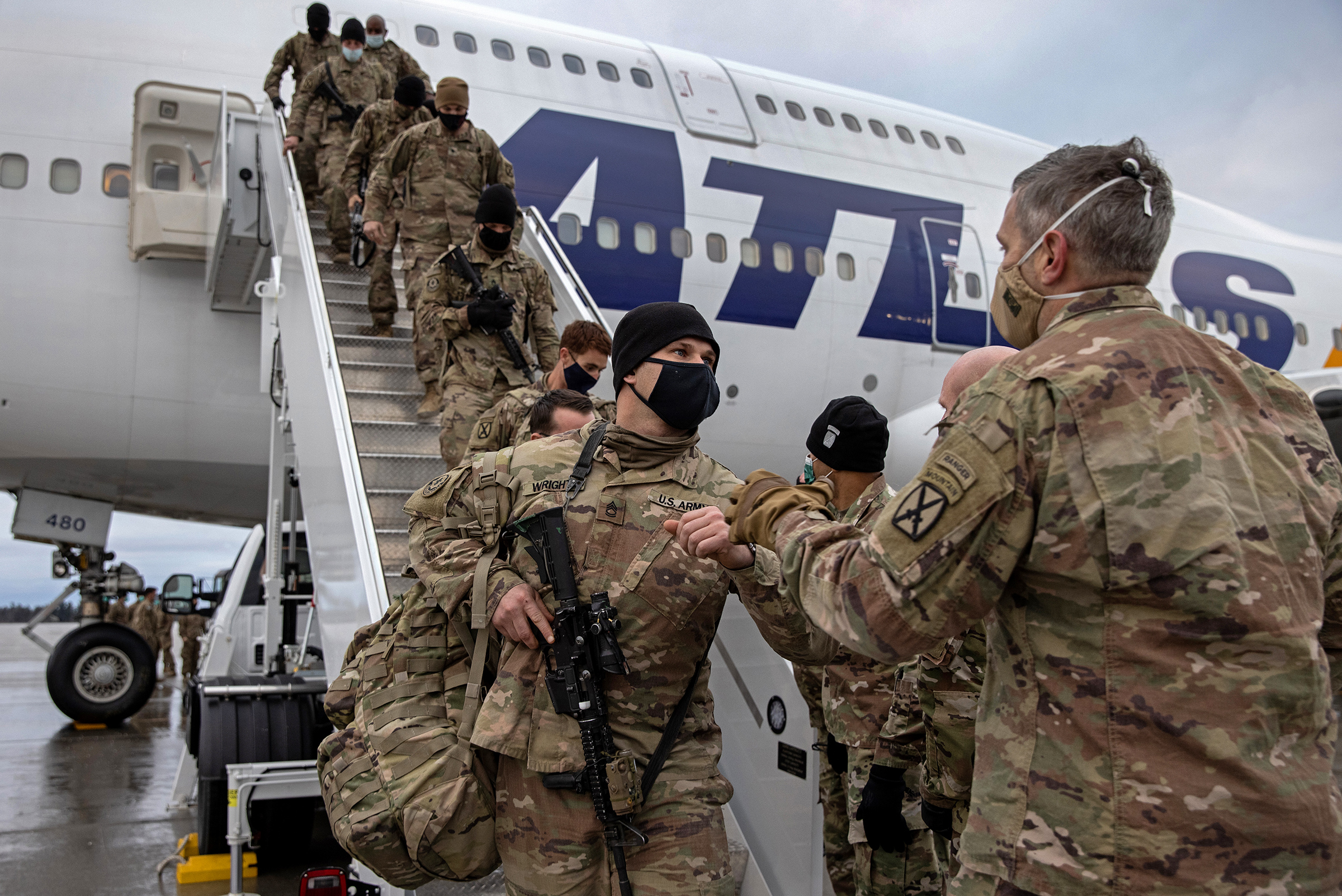 “Failed operations usually have at their root a corrupted, if not erroneous, objective.”

What’s the real reason for US troops withdrawing from Afghanistan? And should we expect the Taliban to take power now by force? The answers are found by diving into the archives and looking at the history of what really took US soldiers there in the first place.

Recent news that the Taliban have taken the city of Lashkar Gah in Afghanistan – along with Aibak, Kunduz, Sar-e-Pol, Sheberghan, Taloqan, and Zaranj – should worry NATO, an organization which has never really recovered from French President Emmanuel Macron calling it “brain dead.” It’s easy to think of the 20-year campaign in Afghanistan as an American venture, and in many ways, it was just that. But it was NATO which led the entire circus that allowed even non-NATO members like Australia to jump on the American bandwagon, to keep good relations with Washington.

The failure of the intervention cannot be underestimated. In fact, there has never been anything like it in history when we examine other withdrawals from theaters of war. In terms of a multinational geo-military defeat, Vietnam hardly compares to it (as the latter was almost exclusively a US venture), neither does the humiliating Suez Crisis for the British in 1956. The sheer scope and depth of the failure of the United States and its allies to build peace, destroy an extremist operation’s ability to operate, and export American values to a land so vast, so ungovernable that it has defeated the French, British, and Russians, shouldn’t be taken lightly.

The biggest myth of the immediate invasion of US troops in Afghanistan was that it was about catching Bin Laden and destroying Al Qaeda.

Failed operations usually have at their root a corrupted, if not erroneous, objective. The biggest myth of the immediate invasion of US troops in Afghanistan was that it was about catching Bin Laden and destroying Al Qaeda – which was a rank failure with humiliating consequences for the Pentagon, former President George W. Bush, and US forces in general. Of course, US soldiers did set out to do that once they landed, following the destruction of the twin towers in New York which had busted the internet with YouTube documentaries (some of them very professionally made) and experts lining up to dismiss the events as they were presented to naive Americans.

American officers who I spent time with in Afghanistan in 2008 struggled to explain the real core objective for why they were there. Indeed, if the twin towers attack was not entirely as it seems, then many would ask why did US troops go to Afghanistan? Is there another story?

The real reason, I would suggest, why Biden has pulled out American forces from Afghanistan has more to do with energy: oil and gas especially. Or rather the lack of it. When George Bush senior took office in 1991, one of his difficult tasks was to get a group of turbaned tribesmen in Afghanistan – who at that point had not taken control of the capital – to agree that a US energy firm could secure energy rights in Kandahar, and that a new oil pipeline running all the way to the Pakistani coast at Karachi was required immediately.

Whatever Bush senior did, he and his team couldn’t do business with this group. They weren’t interested. When Clinton came to office, he too, followed up this project while the Taliban took power in 1996, but still with no luck. And so, when Dick Cheney and Donald Rumsfeld were working for George W. Bush – both key strategists for his father in 1991 – and the twin towers terrorist attack took place, it was like a house circuit breaker flipping. The natural response was “now we can send in the troops,” as there was no conundrum any more of how to sell such a move to the American public. A no brainer!

It’s also a no brainer as to where most of those soldiers were sent to on the front line, fighting the Taliban: Kandahar – the starting point for what was hoped in the early 90s to be a massive gold mine for Unocal, a US energy firm with links to Bush Sr. – who later invited the Taliban to Texas. The trip didn’t result in a deal, but some rather amusing anecdotal reports about the delegations’ traditional attire and shopping trips. It was hoped that with a fortuitous military push in the south, hitting the Taliban hard in their own capital, would secure peace in Afghanistan and then open the floodgates for energy deals for US firms.

Ironically, under George Bush senior, the US administration may well have supported the extremist group in exchange for oil. This is not at all far-fetched. American administrations have allowed Iran and its proxies since the 80s access to lucrative drugs markets (which is at the heart of the Lockerbie tragedy), in exchange for no harm to US hostages. Successive US administrations have even supported, directly and indirectly, terror groups in Syria to do their fighting on behalf of Washington to try to topple Assad.

Is this the reason why the talks with the Taliban broke down with the Bush Sr. administration? Did the Americans offer them some degree of support, which the Taliban thought they didn’t need? US governments never pay extremist/terror organizations with taxpayers’ dollars, but Washington has a long tawdry history of finding ingenious ways of financially supporting terrorist or extremist organizations – just to secure its rites of passage to a final outcome serving its interest.

The Americans couldn’t secure the oil deal they wanted in 1991. This really is the heart of the matter today.

It might have offered the Taliban arms (not necessarily American made), or other such arrangements which don’t involve cash. But in either case, the Americans couldn’t secure the oil deal they wanted in 1991. This really is the heart of the matter today and what might have influenced Biden’s decision to remove US troops. There is nothing there for us.

Similar story in Iraq. In 2003, US forces invaded and for a week or two, enjoyed some warmth and welcome from both the people of Iraq and its elite. But the relations very quickly turned sour and US troops were considered an occupying force. This led Obama to withdraw them in 2011, only to return them in 2014 to fight a new wave of attacks from an extremist group – the Islamic State of Iraq and the Levant (ISIL) – which the US military departure actually created, due to a security vacuum.

There was always hope for a preferential oil deal for the US in Iraq. In 2016, when Trump won the presidential elections in the US, almost immediately articles appeared in the mainstream press citing close aides, like firebrand media guru Steve Bannon, pushing to annex western Iraq and to, effectively, steal most of the oil. The plan hit the buffers quite quickly and Bannon was later to be both fired by Trump and then face accusations of misappropriating funds from his own political group of fundraisers.

But the fundamental reason why there are only 3,000 troops left in Iraq today — giving Biden a real headache as they come under attacks from Iranian proxies on a daily basis — is that there is no oil deal for them to protect for the big oil industry back home.

Reporting was limited for journalists who went to Afghanistan due to the “embedding” rule, enforced by US army generals.

And it’s the same story in Afghanistan. As the media frenzy unfolds about the Taliban sweeping across the country and carrying out brutal executions of Afghan army officers, and the pundits predict Kabul falling within months, a gullible public has been beguiled by the second rate reporting  – produced largely in Washington, Paris, and London – and have missed the real story. Even during the 20 years of the International Security Assistance Force (ISAF) operation, real reporting was limited for journalists who went to Afghanistan due to the “embedding” rule, enforced by US army generals working for ISAF. Perhaps this, and in part the risk of journalists burdening big media with security problems, has produced a new generation of hacks who “report” on Afghanistan from afar.

But no one is buying the original narrative from the George W. Bush PR machine as even the messages have become unconvincing.

Terrorist groups, extremists, rag tad jihadists, and most of the world’s tyrants have all got the message from Biden’s troops withdrawal. That the disingenuous narrative of “hearts and minds” and installing American values in some of the darkest corners of the world, at best, come with a time limit, if you believe them in the first place. Twenty years was actually a very long time for such an occupation. And the decision to withdraw, initiated by Trump, finally did what the talks with Bush Sr. couldn’t: offer the Taliban in Doha a deal they couldn’t refuse which resulted in them having their “terrorist” status downgraded and being allowed now to set their sights on coming back to power.

And this is the real story now. In the coming months we will see the abhorrent brutality of an extremist group which won’t be fooled a second time around and won’t lose power again this time. It tricked the Trump administration hook, line, and sinker and the evidence is there to see, with the atrocities already being reported on a daily basis, which possibly wasn’t envisaged.

In the coming months we will see the abhorrent brutality of an extremist group which won’t be fooled a second time around.

Indeed, there was hope of a distinctive difference in extremist activities between the Taliban and the two small terrorist outfits in Afghanistan which had been sidelined as the new convenient enemy, ISIL and Al Qaeda. But summary executions, reports of all music to be banned, girls being sent home from schools, and the Taliban taking a key provincial town after a bloody battle, would suggest that the Trump-Doha peace deal and the swift Biden withdrawal are both moves made in haste with little understanding of who or what the Taliban really is.

Thus, don’t be too quick to celebrate the withdrawal of US troops. As we have seen in Iraq, it won’t take much for them to return, and probably without the folly of NATO as a partner. And when they do, don’t be surprised that the Taliban have found huge amounts of oil in the south.

Adopted from the original source- Inside Arabia

“Libya is a crazy place. If you want to be treated as an animal and die at any time, come to Libya.”