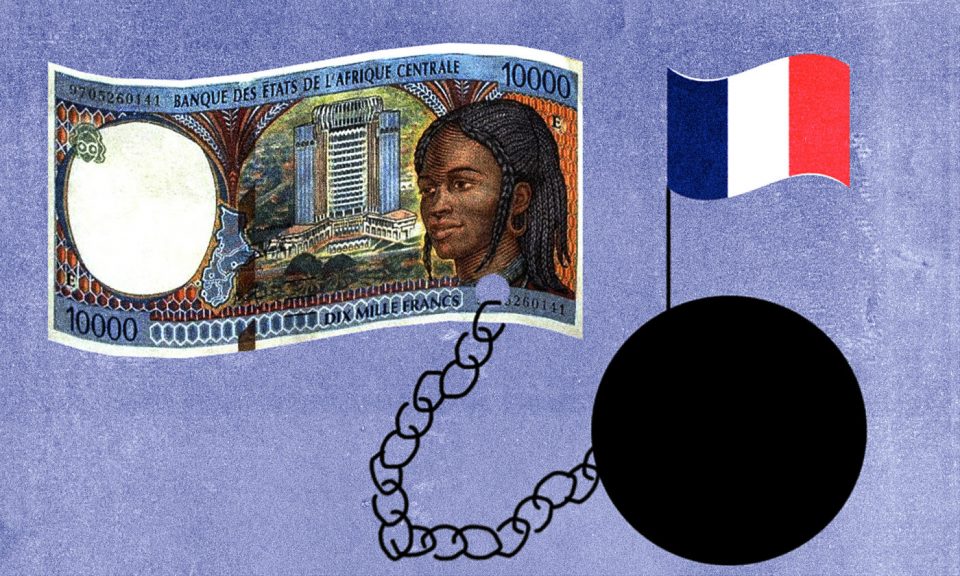 “France, along with Europe, would like to be even more involved in the destiny of (Africa) . . . ” François Hollande, 2013 I am of a generation that doesn’t tell Africans what to do,” Emmanuel Macron, 2017

France’s great white hope — Emmanuel Macron — was selling himself in Africa recently. He was full of jokes and smiles. However, while the package had “youthful innocence” written all over it — the product was “senile dementia”. No matter the age of the man — the French attempt to lead Africa is a stale and stupid story. And the man — Macron — is yet another stale and stupid French mask.

The mask fell in a public forum in Burkina Faso when the French military and it’s presence in Africa was questioned by a girl. In response Macron hysterically told the local audience that they should applaud the French soldiers on African streets.

The problem was that the day before a local — instead of applauding — threw a hand grenade at French troops. And the following day a few more locals shouted for an end to neo-colonialism. The militarisation of French policy in Africa is beginning to smell like a rotten occupation.

But when has it been otherwise? Since it began occupying Africa in the 19th century France has expected nothing else, but applause. The package at the beginning of this long war on Africa was “civilisation”. But that never did conceal the vile racism and base capitalism that drove the French army across the Sahara.

In a giant pincer movement beginning around 1830 and ending on the eve of the First World War, France slowly, but surely conquered most of West and Central Africa. Moving east from Dakar and south from Algiers the French military stole probably 40 percent of the continent.

However, while “France” was away terrorising Africa — Paris met it’s nemesis: Berlin. The Teutonic power woke up and ironically proceeded to do to France what France was doing to Africa. In a series of wars and occupations (1871, 1914 and 1940) Germany mercilessly crushed the place of France in the world. And by 1960, more or less, France was out of Africa. And was ripe for revolution. Or counter-revolution.

The Fifth Republic couldn’t hide the failure of bourgeois France. 1968 exposed it for all to see. And forced it to choose one way or the other. It could either follow the example of Africa and attempt to liberate itself from the culture, economics, and politics of imperialism. Or it could attempt to restore imperialism. And reconquer Africa.

The Fifth Republic chose the latter. And it has been a race to the bottom ever since. France’s significant Communist Party was rejected (the Socialist Party too — eventually). As was Jean Paul Sartre. Bourgeois mediocrity became the rule. And by the year 2000 politicians like Nicolas Sarkozy and philosophers like Bernard-Henri Lévy were ready to lead France back into the arms of Nato (De Gaulle had taken France out of Nato in 1966) and it’s naked imperialism.

The French “will to backward power” had one dirty trick left up it’s sleeve: it’s army in Africa. When France retreated from the African continent in the 1950s and 1960s it left behind active military bases that continued to give it leverage in Africa. Indeed according to the website Stratfor:

“Following their independence, 12 (African) countries signed secret national defence agreements with France. The agreements, which have never been made public, allow France to retain a physical presence in the countries in exchange for defending their national sovereignty (sic) . . .”

We can guess the countries that signed up to these nefarious French deals: Morocco, Senegal, Mauritania, Mali, Burkina Faso, Niger, Tunisia, Chad, Cote d’Ivoire, Central African Republic, Gabon and Djibouti. A few more — according to those in the know — were later added to the list: Rwanda, Burundi and Zaire (the Democratic Republic of Congo). In any case the picture was and is clear: before leaving (and even after leaving) Africa — France threw a web around Africa.

And what did these arrangements mean in reality? In 2007 the New York Times wrote that “France intervened militarily in Africa 19 times between 1962 and 1995.” And Stratfor in 2016 calculated 42 French interventions between 1968 and 2013.

The New York Times cut off point significantly is 1995 because in 1994 France lost out to the US in the strategic battle for Rwanda (a million or more Hutus and Tutsis died in this battle — and millions were killed in the battles which followed in the Congo etc.). And in the years after this key turning point in African geopolitics — French power in Africa decisively decreased — not only because of the military power of the US (AFRICOM) but also because of the new economic power of China.

The times were changing in the 1990s. France was losing “the battles” for Europe and Africa. It was becoming a second rate power. Nonetheless, that trick remained up it’s sleeve: the overt and covert military arrangements it had arranged in Africa. France’s finger was still on the trigger. The counter-revolution desperately needed a new lease of life. And the “Arab Spring” gave it one.

When Tunisia began to protest in 2010, France responded by offering it’s “military might” (it’s “technical support and police know how”) to it’s Tunisian agent: Ben Ali. And when that French attempt to repress African independence failed — France led the wars against independent Libya in 2011 (Opération Harmattan) and independent Azawad (Opération Serval in northern Mali, etc.) in 2013.

In 2014 the situation was such that Newsweek claimed that “France is slowly reclaiming its old African Empire”. And by 2015 the Business Insider was reporting that “France’s military is all over Africa”. Thousands of French soldiers were spread out across the Sahara and beyond (Opération Barkhane). But the fact is that they were fighting to save not Africa but “France”.

The pathetic attempt to restore bourgeois France (dare we say Bourbon France — because it’s that bad in Europe right now) has reached the stage were France’s military is not only all over Africa, but is also all over France (Opération Sentinelle). In 2015 — after gun attacks in Paris — the French army began to occupy French streets. And then in 2017 along came Président Macron (le dauphin? — the prince?) riding on “a tank” to his inauguration.

Aidan O’Brien is a hospital worker in Dublin, Ireland. This article is reproduced from Counterpunch.

In the uncompetitive (in bourgeois terms) French economy the only competitor seemed to be the French military. They were and are occupying both sides of the francophone Mediterranean. And Macron was and is applauding. As he gives lower taxes and cheaper labour to the decrepit bourgeoisie — he gives the military the freedom of the streets. And the freedom of Africa.

Macron claims not to be telling the Africans what to do. But the French State is another matter. It has institutionalised the relationship between France and Africa (Françafrique). And it refuses to let go of it’s delusions of grandeur. In the last few years it has told Africa in no uncertain terms what it must do with Libya and Azawad (northern Mali and its environs). And today it marshals African forces (G5 Sahel) as they pursue shadows in the Sahara.

For Macron “jihadis” and “human traffickers” are the story. But neo-colonialism is the bottom line. Or the French attempt to recreate neo-colonialism is the real story. The French military are the claws of the French state. And as bourgeois France fades away, or slides down the memory hole of history, it’s claws are going to dig deep into whatever material is near at hand — in a desperate effort to avoid the inevitable. Africa is that material — the material of the future. While France, despite its machinations, is just flotsam.

The people of Burkina Faso are right to question the presence of the French military in Africa. They know more than the infantile French President. And they’ve a better sense of reality than the senile French State. Hand grenades do make more sense than applause. Aidan O’Brien is a hospital worker in Dublin, Ireland. This article is reproduced from Counterpunch.