By far the majority of Russians, while heartbroken, believe Russia was forced into the war.

I have just got off the phone with my niece who lives in London. She asked where I was. On hearing it was Russia, at all of five years old, she exclaimed: “Why are you in that naughty country?”

I’ve been in this “naughty country” since just after the war in Ukraine started. Visa and Mastercard no longer work. I’m running out of cash and there’s no way to wire any here. Russia is no longer part of the Swift international monetary system and the hotel I’m staying at accepts only rubles. Three nearby banks are out of money; I’m told it’s temporary and to come back later to exchange American dollars.

Across the road, a McDonald’s franchise has been closed all week. Every so often, someone still comes and tries to pry the door open. The closure of more than 400 foreign companies has prompted online memes and jokes. One goes: With the departure of McDonald’s, Russians will now be the healthiest and fittest people in the world. Another: The devil doesn’t wear Prada anymore; the devil wears Belarusian cotton knit.

I’m eating a sandwich in Subway, another American multinational fast food restaurant, but here it’s business as usual. Not all big-name firms have been able to withdraw from Russia, because of complicated franchise agreements. 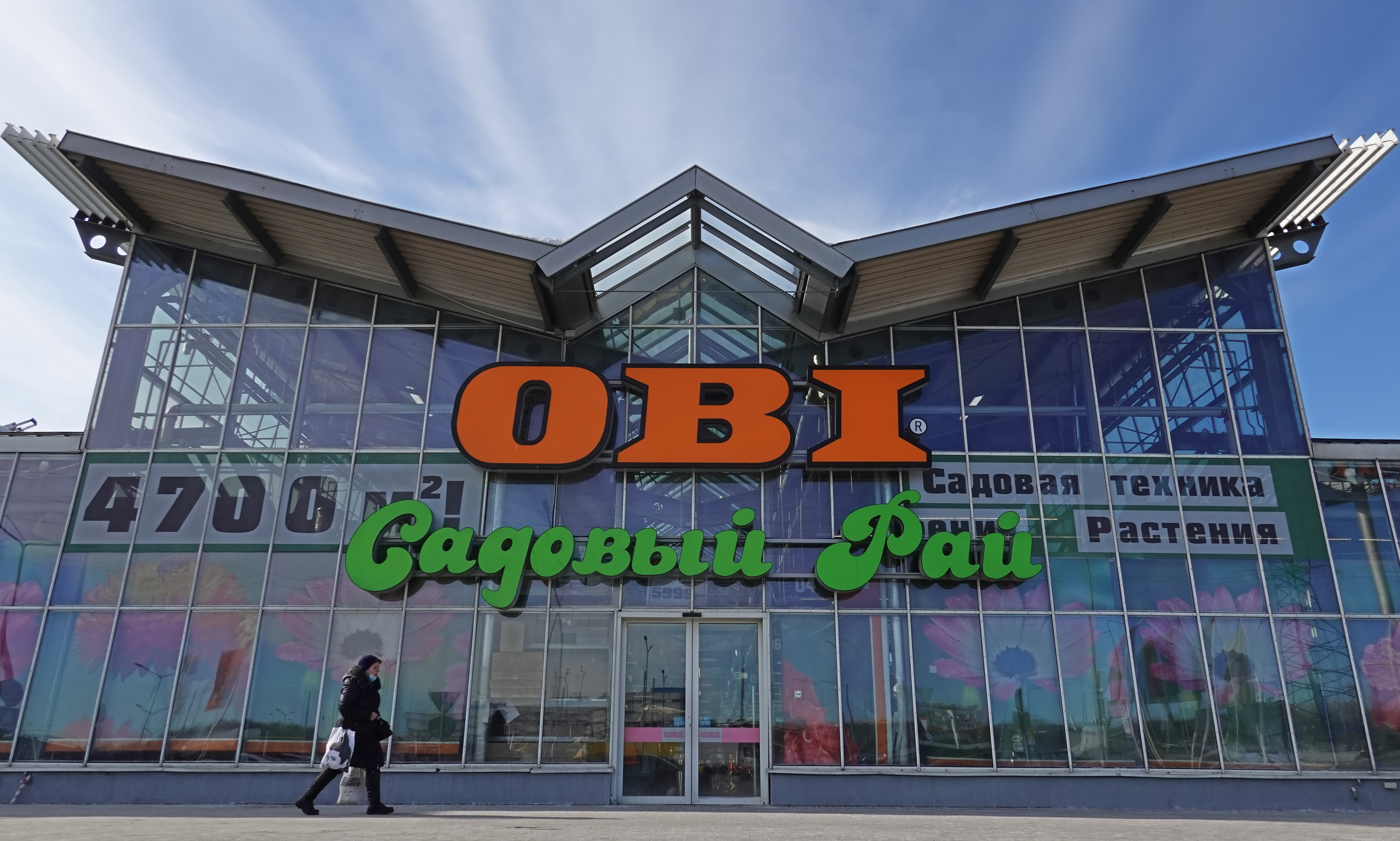 A few days ago, I waited in a Starbucks queue while drinking from an orange juice bottle I intended to buy. By the time I reached the counter, my credit card was no longer working and I had no rubles. I returned the next day to pay what I owed but the coffee house had already been closed down.

Russia is facing its worst sanctions yet. The US and Europe are hoping they’ll lead to some kind of revolution against President Vladimir Putin. But sanctions have a chequered history. They didn’t get rid of Castro in Cuba or the Kim family in North Korea. It took more than a decade for sanctions against South Africa in the 1980s to bear fruit. And Russia is Russia.

One lesson I’ve learnt reporting from Moscow is that there’s no shared reality between the sides. It is doubtful that sanctions will lead to Putin’s downfall and, regardless of Western leaders’ insistence that they are not at war with the Russian people, it is interpreted that way here and is likely to lead to Putin leveraging even more power.

Foreign audiences don’t get it. The war is popular in Russia and official statistics suggest as many as 75% of Russians support it. Even if those figures are exaggerated, it still points to a majority who are in the Putin camp. The only way Western audiences can understand this is by accusing Russians of being “zombified” – there’s no free press in your country, they argue, which means Russians are fed a media diet of what Putin wants them to think.

Russians laugh off these accusations. If we are brainwashed, they say, then we are no more so than Western audiences by the likes of Fox News, MSNBC, CNN and others. The fact that sanctions were implemented so quickly points to one of three things, they tell me: Russophobia; the West was just looking for a reason to sanction Russia and everything was already in place; or both.

As with people everywhere, humour helps. Russians joke they are waiting for sanctions on bears and balalaikas. Blocking TikTok and Instagram and closing McDonald’s and KFC seems like our mothers have sanctioned us, they chuckle.

Holocaust survivor Elie Wiesel once said: “I write to understand as much as to be understood.” I find myself constantly double- and triple-checking myself to make sure I haven’t been caught up in the pro-Russian rhetoric. I am trying to remain outside of the debate and merely report on what I see and hear. But it’s like living in a parallel universe. 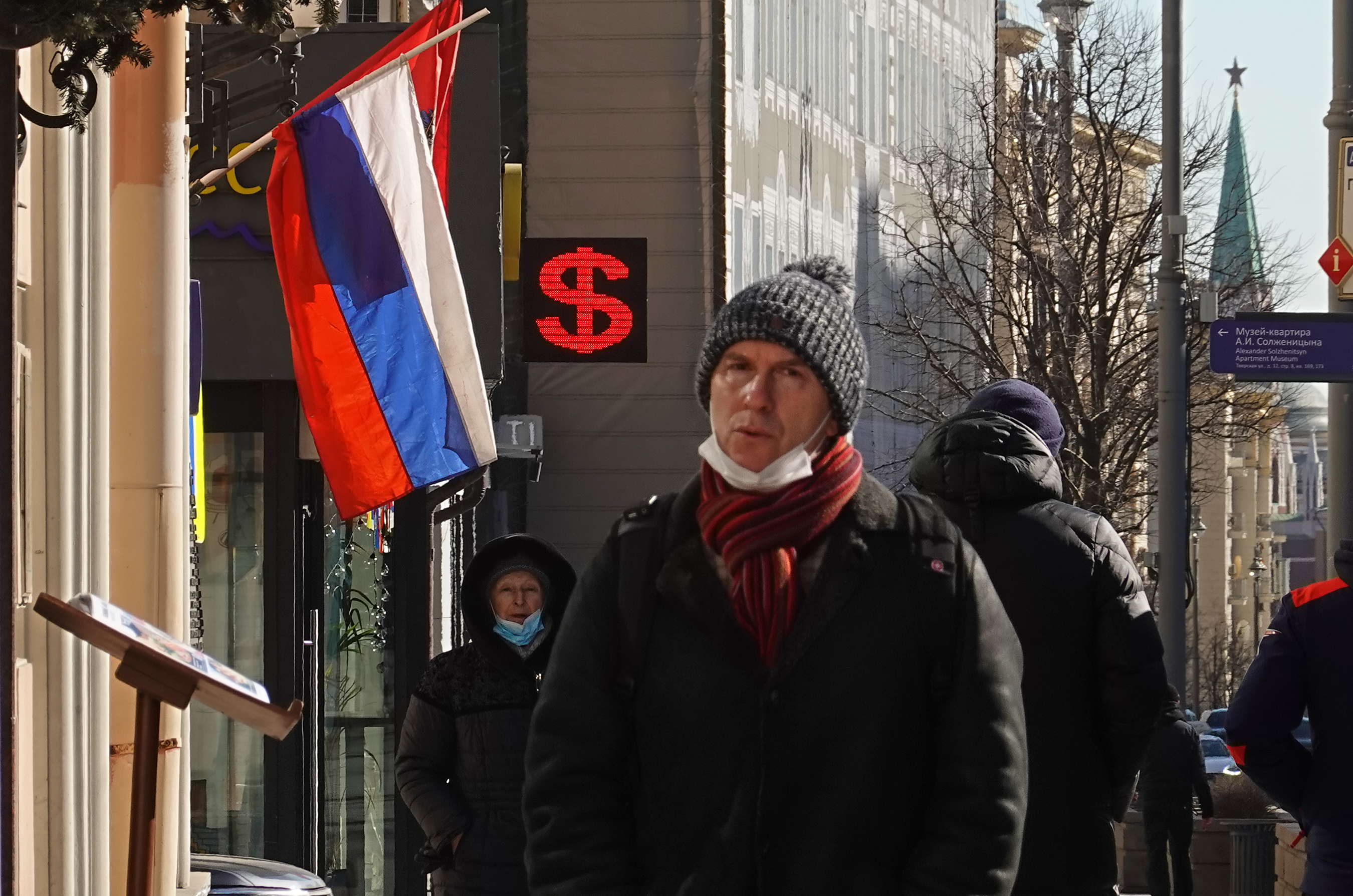 I addressed Russian students of international relations at the prestigious Moscow State University. Many came up afterwards to hug and thank me for giving them hope.

I’d spoken about the feelings in the West towards Russia and implored these future leaders to think outside the box and for themselves. Nothing I said surprised them, but they surprised me with their questions.

How do we engage with students our age in America about what’s happening, they asked, because every time we go on to a Western platform like Instagram, we’re blocked because we’re from Russia? How can we bypass the information wall and defeat Western double standards so they can hear what we think? Incidentally, as to what they think – they all support Putin’s war in Ukraine.

Russians are naturally heartbroken by the pictures of destruction and death across their border, but many believe Russia was forced into this war.

For eight years pro-Russian citizens living in the east of Ukraine were shelled by the Ukrainian army and the world did nothing. Many Russians believe their army is liberating their countrymen and to do that it has to destroy all of the military installations across Ukraine. It’s also getting rid of tens of thousands of neo-Nazis who have risen to prominence and who are using Ukrainian civilians as human shields, accounting for the high casualty count.

The information war is at an all-time high. It’s true that what Western audiences see is not being portrayed on Russian state media. But the charge goes the other way, too.

On 14 March, a rocket fired at the centre of Donetsk, a pro-Russian city in eastern Ukraine, killed 23 people and wounded 28. The Russian media reported live around the clock from the devastating scene: an old man crying “Luda” as he bent over the body of his dead wife; another woman wailing as she tried to regain her senses…

For the Russians, it was obvious that only a Ukrainian missile would target Russia-supporting civilians. Kyiv, on the other hand, blamed Russia for the attack, suggesting it was a false-flag operation staged to cover the deaths of civilians by Russian forces in other cities. The bombing got little to no coverage in the Western media.

Russians complain that the figures of their dead are inflated. Younger people have access to the internet and some are questioning the justification of this war. Some, but not all. And it’s too easy to say that everyone who supports Putin has been brainwashed.

There is a hangover of the Cold War here; a deep mistrust for the West and, as Russian foreign minister Sergei Lavrov said recently: “We are under no illusion that we can rely on our Western partners… The US wants a unipolar world, to marginalise and stop Russia’s development and to reduce her to having a zero role in the international arena.”

Ukraine is ranked 97th out of 180 countries in the 2021 World Press Freedom Index. Russia is ranked 150th. Neither has a proud record. Russian state media are now banned in many parts of the world, although since 2014 they have been prevented from broadcasting inside Ukraine, which has given the Kyiv government carte blanche to say what it wants to its public about Russia without Moscow being able to refute the claims.

Former UK prime minister Winston Churchill once said: “In wartime, truth is so precious that she should always be attended by a bodyguard of lies.” The West believes itself to be at war with Russia, as Russia does with the West. Both sides claim to hold the higher moral ground. Many outsiders don’t know who – or what – to believe anymore, and while the pursuit for truth is a noble venture, it’s as subjective as the many people claiming to own it.

Paula Slier is an international war correspondent who hails from South Africa. She is CEO and founder of “Newshound Media International,” a production company based in the Middle East.  She also held the position of Middle East Bureau Chief for RT (Russia Today)

The original source of this article is Daily Marevick

Elon Musk Isn’t a Threat to Society’s Health. All Billionaires Are