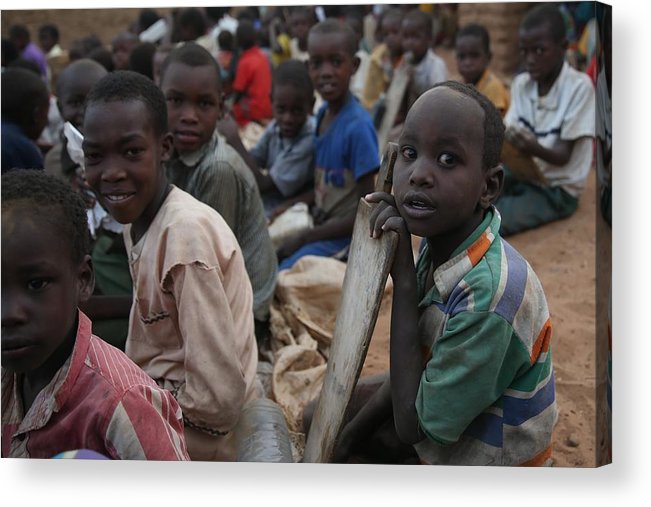 Sudanese children pose for a photo at a tent site in Khartoum, Sudan on 30 September 2019 [Mahmoud Hajaj/Anadolu Agency]

Sudan will stop kindergarten and nursery school children from learning the Qur’an under reforms which are being brought into place during the next academic year, the Director of the National Centre for Curricula and Educational Research, Dr Omar al-Qairi, has announced.

The large-scale changes will be mostly observed in the educational system of kindergarten, according to an audio recording heard by the editor of the Sudanese news outlet Matarees.

In the audio, Al-Qairi is heard explaining that the restructuring will consist of dividing kindergarten into two phases; the first will comprise children aged between three to four years old and will entail “games only”.

The second phase will see pupils taught the alphabet in both Arabic and English.

Qur’an learning will be eliminated from kindergarten as a whole, Al-Qairi said, adding that it will be brought onto the curriculum in primary school.

Pre-school and kindergarten students will instead practice and memorise nationalist songs which instil in them love for their country. Poets have been commissioned to compose the new patriotic material, he explained.

Meanwhile, the government has stopped Radio Al-Furqan, which airs the Qur’an, from broadcasting.

In a statement, the radio hosts said: “Depriving millions of listeners who have become accustomed to listening to the radio programme that is now a part of their lives is a great injustice, as it contradicts the principle of freedom that raises concerns about this government.”

“Silencing the voice of the Qur’an deprives people of goodness, and in it also challenges the book of God Almighty and is an insult to those who believe in it, and those who hear it throughout the day and night through Radio Al-Furqan.”