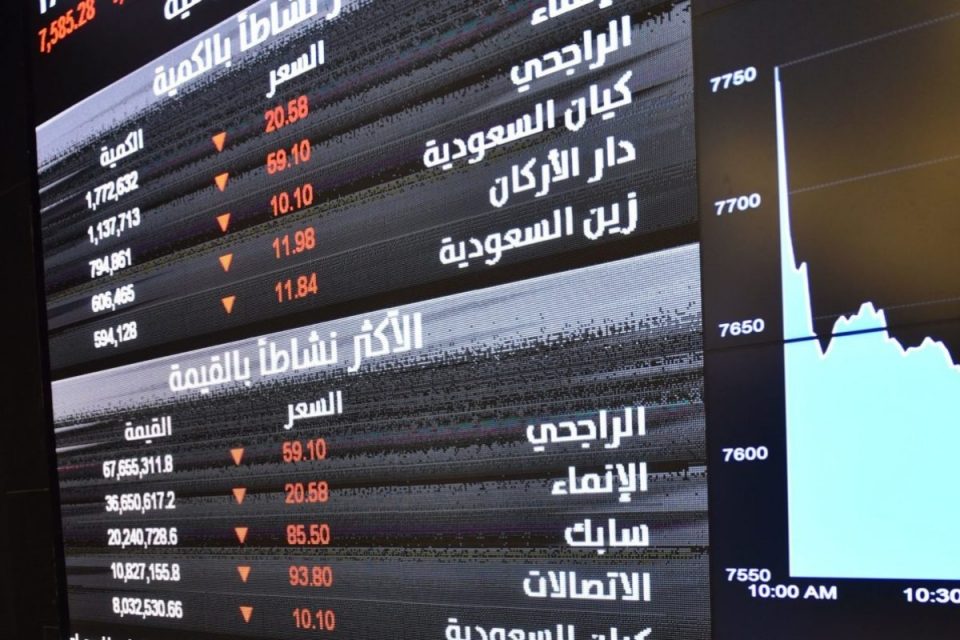 A picture taken on November 3, 2019 shows Saudi Arabia’s Aramco displayed on a stock board at the Saudi Stock Exchange (Tadawul) in Riyadh, Saudi Arabia [FAYEZ NURELDINE/AFP via Getty Image]

Investment bonds issued by Saudi Arabia’s state-owned oil company, Aramco, recorded an 8.2 per cent fall in value last month, the worst monthly performance ever after crude oil prices also fell by more than 50 per cent since the beginning of this year, Bloomberg has reported.

The news agency said that the oil price war between Saudi Arabia and Russia has not served Aramco’s bondholders well.

Aramco is the world’s largest oil company. “As long as the world’s top oil producers fail to agree on supply curbs,” Baltimore-based T. Rowe Price told Bloomberg, “the securities will be under pressure.”

Aramco’s $3 billion of bonds due in 2029 are now trading at a yield higher than the government’s debt of similar maturity, the agency added.

It noted that this contrasts with last year when the oil giant issued its own Eurobonds and the notes were priced with a lower yield than those of the government itself, a rarity in corporate bond markets.

Brent crude prices reached around $34 a barrel on Monday after recovering by 37 per cent last week in the hope that OPEC+ oil producers would reach an agreement to end the price war.

India opens up drug export after Trump cracks the whip