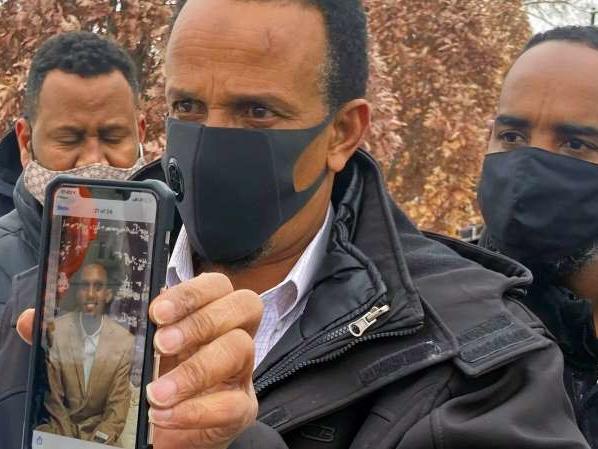 Bayle Adod Gelle was deep in sleep late Wednesday night at his home in Eden Prairie when he heard loud banging on the door.

The intensity of the sound at 2:15 a.m. left Bayle confused. He trudged down the stairs from his second-floor bedroom. As soon as he reached the living room, he found his wife there—surrounded by more than a dozen officers from the Hennepin County Sheriff’s Office. The officers allegedly pointed their guns at him and his wife, Bayle said, and then tied their hands tightly with a cord.

Awakened by the bangs and commotion, three children—ages 4, 7, and 9— joined their parents in the living room. Officers allegedly pointed guns at them, too, Bayle said.

“I felt very scared,” Bayle said in an interview with Sahan Journal at his home Thursday evening, some 14 hours after the police raid. “I thought they were going to kill us.”

The police search felt like it took forever—maybe two hours, he said. Bayle kept asking the officers who they were and why they’d come to his house. (In the end, the police appear to have found nothing, and took no evidence with them, Bayle said.)

They told him “shut up,” he recalled.

Bayle said the officers ransacked the house and never showed him a search warrant— until the end. That’s when they told him his son had been killed.

Bayle said that until that moment, he had no idea that nearly 8 hours earlier Minneapolis Police officers had fatally shot his 23-year-old son, Dolal Bayle Idd, in an altercation at a Holiday gas station in south Minneapolis. It was the first police killing in Minneapolis since Officer Derek Chauvin killed George Floyd about a dozen blocks away.

After Sahan Journal published this story, the Hennepin County Sheriff’s Office provided an additional statement. Sheriff David Hutchinson said that “per HSCO procedure for all high-risk search warrants, the adults in the home were handcuffed.”After reviewing body-cam footage, the sheriff said he believes his deputies followed procedures and “acted professionally and politely.”

Hutchinson added, “Law enforcement never knows for sure what it’s walking into in these high-risk situation.”

In his statement, Hutchinson closed by calling the search an “active, on-going investigation. No further information is available currently.”

That lack of information about the killing of his son frustrated Bayle. On the morning of New Year’s Eve, he visited the site of the shooting and talked to the gas station attendant, in a search for answers.

Around 4 p.m. that day, Minneapolis Police Chief Medaria Arradondo led Bayle to a room at City Hall, along with members of his family. There, Bayle watched a 27-second clip of body cam footage that showed how his son died.

Back in the ransacked house that evening, surrounded by family members, Bayle described a harrowing police raid that terrified his family. He touched his right hand with his left and mimicked how the police tied up his hands and how it hurt. Looking distraught and shaken, Bayle said that his family moved out of the house on New Year’s Eve and into a nearby mosque in Eden Prairie.

Bayle runs a home health-care agency and is father to 11 children; until his killing, Dolal lived at home. Bayle seemed especially upset at the ordeal his youngest children endured.

During the police action, he recalled, his 4-year-old panicked and tried to run back upstairs. Officers yelled at him to stop running, the father said. The boy sat next to his mother, whose hands were tied, and could not stop crying.

The rest of family members sat in the living room, their hands tied with a cord. Officers kept the door of the living room open throughout the entire incident, and cold winter air rolled inside the house.

The cord on his hands nearly stopped the blood flow to his fingers, and Bayle, who is in his 60s and has diabetes, felt dizzy.

The next day, his fear had turned into anger.

“Imagine your son getting killed, and then getting a visit from those who killed him and they terrorize you in your home?” Bayle said.

The incident began when officers with the Minneapolis Police Department’s Community Engagement Team conducted a traffic stop involving Dolal at a Holiday gas station on E. 36th Street and Cedar Avenue S. in south Minneapolis. The police characterized the stop as part of a weapon’s investigation.

Dolal had some run-ins with the law, including traffic offenses, possession of a pistol without permit, and firing a gun in the basement of the his parent’s home.

Dolal was just finishing a three-year probation, and was taking classes at Normandale Community College, according to his father.

What led Dolal to the police confrontation remains unknown. Late Thursday afternoon, police released a 27-second clip of body cam footage captured at the scene. The officer wearing the body cam (who has yet to be named) identifies himself as a police officer and yells “hands up.”

With gun raised, he approached the white car Dolal was driving with a female passenger. The officer curses as what may be a gunshot goes off, and then starts firing. Other officers join in, sending a barrage of  bullets into the car.

The Hennepin County Medical Examiner conducted an autopsy and released a report Thursday evening, saying that Dolal had died of multiple gunshot wounds. The cause of death is listed as homicide.

At the press conference Thursday evening, following the release of the video, Minneapolis Mayor Jacob Frey sought to show he understood the city’s pain in the aftermath of the shooting, especially within the Somali community.

“But amid this pain, we cannot lose sight of our shared values in this city, our shared commitment to transparency, to accountability and to justice,” Frey said.

Chief Arradondo said that he understood the shooting only added to the trauma many residents have experienced during a difficult year. And while he recognized the right to protest peacefully, he pleaded for peace.

“Everyone needs to have that right, that First Amendment right, to peacefully assemble, to gather and demonstrate and protest,” Arradondo said. “But again, I urge all of those who should do that that we cannot have any sort of destruction or cause any sort of criminal activity in our city.”

Minneapolis City Council member Jeremiah Ellison, an advocate for transforming traditional policing, said he hoped the demonstrations stayed peaceful and that the family got space to mourn. He also said he felt concerned about what he’d learned so far about the police shooting.

“I’m frustrated that the police don’t seem to have any strategy to preserve life during a tense situation,” Ellison told Sahan Journal. “I’m concerned that any Black person with a gun seems especially vulnerable to being killed by police. And I’m troubled by the knee-jerk escalations our police have to any and all demonstrations against them.”

Questions about a menacing late-night raid

While Chief Arradondo called for patience in reviewing the shooting at the gas station, he appeared confused about the raid of Dolal’s family home in Eden Prairie. When asked by a reporter about the BCA search, Arradondo said his officers were not involved.

Minneapolis City Council member Jamal Osman visited the family and watched the body camera footage along with Dolal’s father at City Hall on Thursday. Jamal condemned the way the Hennepin County Sheriff’s Office and the BCA conducted the home search.

“They treated the family badly,” Jamal told Sahan Journal. “They did not tell the family why they were there, they woke up the kids, and tied up the parents’ hands. And they did all these while not notifying the family of the killing of their son.”

The Minnesota chapter of the Council on American-Islamic Relations (CAIR-MN) has called for an investigation of the fatal police shooting of Dolal.

“We must see all the videos and we demand justice for Dolal Idd,” said Jaylani Hussein, executive director of CAIR-MN. “We also are outraged after learning [of] the terrifying home raid that could have resulted in tragedy.”

Abdirahman Warsame, the co-founder of Generation Hope, a nonprofit organization formed by youth who’ve lost friends to drug overdoses, said he knew Dolal and was saddened by the loss of his friend. He acknowledged Dolal’s previous run-ins with the law, but noted that he was trying to change his life.

Abdirahman has set up a GoFundMe page to raise money for Dolal’s family and for his funeral expenses.

Dolal’s father expressed grief at his loss. The day after the raid, on New Year’s Eve, he watched the video showing his son’s final moments. Bayle said he couldn’t understand why they shot him.

“They could have done many things,” he said. “I need justice for my son.” 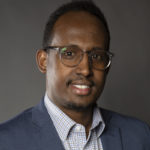 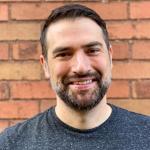 Jared Goyette is a freelance reporter based in the Twin Cities.