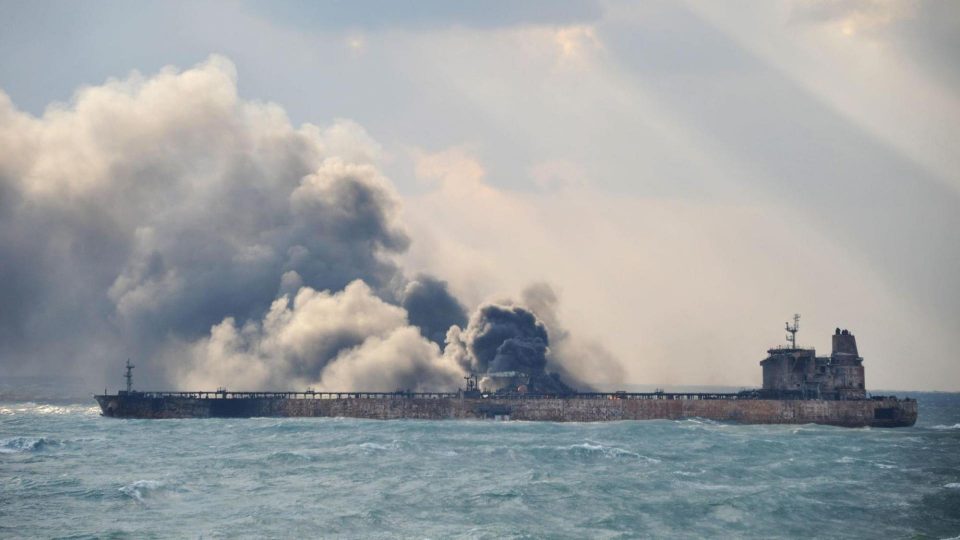 The MT Agrari oil tanker, managed by a Greek company and flying a Maltese flag, was damaged by a mine off the Saudi city of Shuqaiq near Yemen.

“Their vessel was attacked by an unknown source,” the firm operating the MT Agrari said in a statement carried by AP.

“The Agrari was struck about 1 meter above the waterline and has suffered a breach. It has been confirmed that the crew are safe and there have been no injuries,” the operator added.

UK-based maritime security firm Ambrey said that the blast took place within the port limits and punctured the hull of the tanker. According to Ambrey, the vessel had discharged cargo at the Shuqaiq Steam Power Plant arriving from Rotterdam in the Netherlands before the blast occurred.

According to TankerTrackers.com, an oil spill is visible around the tanker that was hit off the Saudi coast.

The blast from a mine offshore Saudi Arabia near Yemen comes days after Houthi rebels in Yemen said on Monday they had fired a missile against a target in the Saudi city of Jeddah and had hit it. The target was a distribution center property of Saudi Arabia’s state oil company Aramco. The group also warned that “operations will continue,” advising foreign companies and residents of Saudi Arabia to be cautious.

Saudi Arabia confirmed on Monday, via its Saudi Press Agency, that there was also an explosion at a petroleum products distribution terminal in Jeddah.

“The Kingdom condemns this cowardly attack, and reaffirmed that such acts of terrorism and sabotage, committed against vital installations – including the recent incident, in Jizan, near the floating offloading platform of the petroleum products distribution terminal, and the previous terrorist attack on oil installations, in Abqaiq and Khurais – are aimed at the security and stability of energy supplies to the world, as well as the global economy,” Saudi Arabia said on Monday.