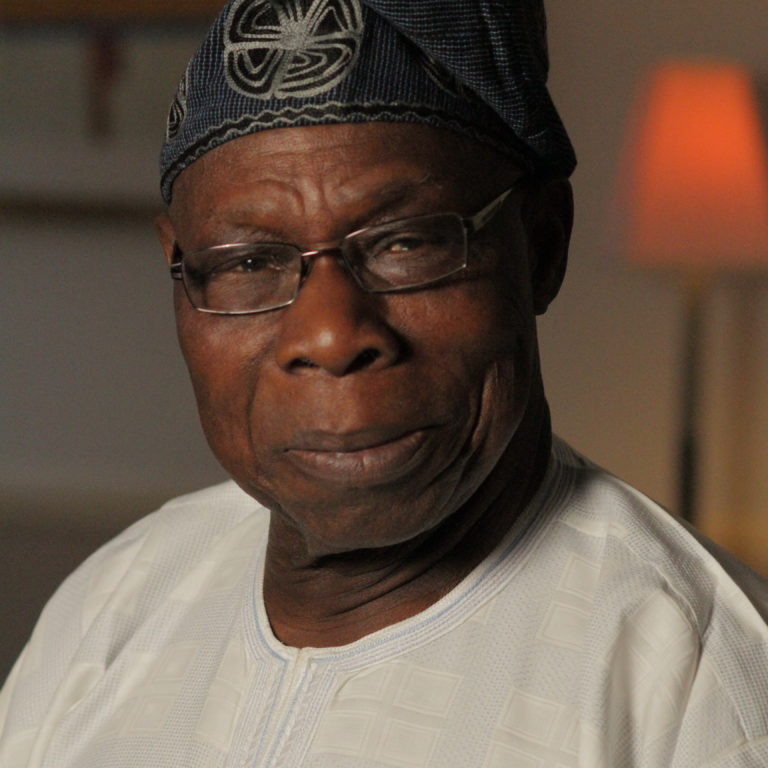 The Nigerian National Assembly, responding to being described as “a gang of unarmed robbers,” blasted former President Olusegun Obasanjo, referring to him as the “grandfather of corruption.”

Members of the House of Representatives describe Obasanjo as the most corrupt person that ever held public office in the country’s history, adding that ironically, Obasanjo saw himself as only honest person in government.

House members said that the sole reason former President Obasanjo never approved of National Assembly members was that they opposed his ambitions to attain a third term in 2007 after receiving bribes from him and publicly shaming him by revealing the transactions.

House members are accusing the former president of dishonesty and making false allegations against members of the National Assembly.

Mr. Obasanjo, on Wednesday, attacked members of the legislature on various issues including salaries and special allowances, and the alleged diversion of constituency projects.

Obasanjo said, “Once you are a member, you are co-opted and your mouth is stuffed with rottenness and corruption that you cannot opt out as you go home with not less than N15 million in a month for a senator and N10 million a month for a member of the House of Representatives. The National Assembly is a den of corruption by a gang of unarmed robbers.”

He added, “If the judiciary is being cleaned, what of the National Assembly, which stinks much worse than the Judiciary? Budget padding must not go unpunished”

Continuing he said, “It is a reality, which is a regular and systemic practice. Nobody should pull the wool over the eyes of Nigerians. Ganging up to intimidate and threaten the life of a whistle-blower is deplorable and undemocratic.”

House spokesman and Committee on Media and Public Affairs Chairman Mr. Abdulrazak Namdas said that corruption was initially introduced to the legislature in 1999 by Obasanjo because he believed the legislature had to be bribed in order for him to win on the issues.

Namdas said, “Undoubtedly, former president obasanjo is understandably angry with the National Assembly as an institution, having foiled his ambition for a third term in office even after trying to correct the members with a bribe of at least N50 million each.”

He said, “Lest we forget, the person who introduced corruption to the National Assembly is Chief Olusegun Obasanjo. He birthed the 4th Republic National Assembly with corrupt practices from day one; indeed the first day of the Republic.”

He continued, “He bribed the PDP, ANPP and AD legislators on their inauguration in 1999 to vote against the majority candidate of the PDP, (the late) Dr. Chuba Okadigbo. That was how Senator Evan Enwerem became the Senate President.

“Have we forgotten the sacks of money displayed on the floor of the House of Representatives, being bribe money paid by Chief Olusegun Obasanjo to some honourable members to impeach the Rt. Hon. Speaker, Ghali N’abba?

“Have we forgotten that Chief Olusegun Obasanjo used his position as President to extort businessmen and contractors to build his presidential library?

Addressing accusations of constituency project abuses and budget padding, Namdas said that Obasanjo, as well as other Nigerians, must understand what responsibilities the legislature faces, and must also appreciate that the legislature is in need of more funding.

Noting that Obasanjo had begun to attack current President Muhammadu Buhari, the House said that Obasanjo was once more attempting to discredit any governing body that refused to follow his orders.

“It is unfortunate that he has started his very familiar method of bringing down governments. He did it to Alhaji Shehu Shagari, he did it to Gen. Muhammadu Buhari, he did the same to Gen. (Ibrahim) Babangida, and he attempted to bring down (the lat Gen. Sani Abacha before he imprisoned him for treason.

“He made frantic efforts to derail the government of (the late) President Musa Ya’Ardua when he couldn’t use him. He supported President Goodluck Jonathan, but when he refused to take his dictation, he turned against him.

“He supported President Buhari, but since he has sensed that Nigeria is having economic difficulties under him, he has pounced to derail his government.”

Referring to Obasanjo as a “blackmailer,” the House said that all these allegations publicly raised against Buhari could have been privately discussed with the President since Obasanjo has unrestricted access to Buhari.

On Thursday the Senate was silent on Obasanjo’s verbal attacks upon the National Assembly.

Many members and leaders in the upper legislative house refused to reply to his allegations.

Senate Majority Leader, Senator Ali Ndume, referred to Obasanjo as a father, saying he would not engage in a war with the former president over the media.

IYC National Publicity Secretary Eric Omare, during an interview, said, “I think Obasanjo only stated the obvious and it is commendable. Nigerians are tired of Bugari’s excuses, while Nigerians are dying of hunger as a result of his poor economic policies.”