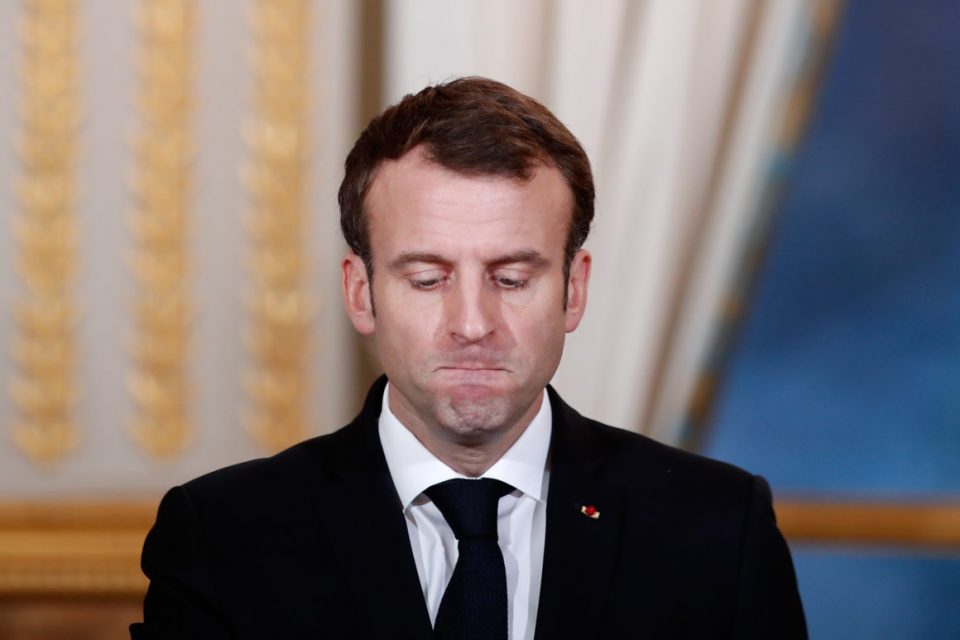 Comment: President Macron’s war on Islam is putting France’s Muslim community in very real danger, writes Malia Bouattia.
It is difficult to forget the vicious media campaign that was waged against Syrian-French singer Mennel Ibtissem in 2018, after she shot to fame after appearing on France’s, The Voice.

The vitriol may have been reported as having stemmed from her “controversial” views on counter-extremism, foreign policy and the ongoing occupation of Palestine, but it was clear that her appearance as a hijabi Muslim woman disturbed far too many across France.

The fact that she was also critical of the government and had expressed anti-colonial and anti-racist views made it worse. In the end, the singer stepped down from the show and it felt like once again, the Islamophobes had won.

A couple of years on, it was surprising to find Ibtissem featured in a recorded interview on the BBC News website. The coverage, however, centred not on her politics or the virulent attacks she suffered, but on her removal of the hijab and the criticism she encountered as a consequence. It is striking to see the media give this level of attention to the story – especially given they did not do so when she was cast as France’s public enemy no.1 following her performance and subsequent exit from the televised competition.

This only reinforces the point that surrounded the initial uproar over the Syrian-French singer; that in France, as is the case across much of the western world, Muslim women will be demonised, attacked, and silenced unless their views suit the status quo.

It is absolutely Ibtissem’s right to choose whether she wears the hijab or not, and she should not be subject to any forms of hate, sexist or otherwise. It is her body, it should be her choice.

However, remembering that the media is also a vehicle in perpetuating stereotypes, and reinforcing structural oppression, makes any desire by “mainstream” platforms to put Ibtissem centre stage now – and not then – entirely disingenuous. In fact, one wonders what the story really is here. A victory of civilisation over barbarism? Or is it not about her at all, but an opportunity to amplify the Muslim voices who denounced Ibtissem?

It feels, once again, like the interest in Muslim women is sparked only when it strengthens old tropes, such as that which sees Muslims as inherently misogynistic.

When the attacks were external, when they defended imperialist and racist policies, then it was another story. Ibtissem needed to know her place.

In fact, she stated in her interview: “I just said to myself, OK, enough of this image of: ‘Oh, you have to be the flag of Islam’.” When Muslim women’s very presence in the public eye is continuously politicised, continuously regulated, controlled and disciplined, that does become the choice: whether to accept to be made a stand-in for an entire community, an entire religion, or not.

In a society where Islamophobic attacks are being waged non-stop from the very top, one can only imagine the level of pressure felt, especially for a young woman in the public eye. This is not the story we are likely to see prioritised. The political reality that makes the singer – and no doubt many others – feel this incredible sense of pressure is overlooked. Because let’s face it, the mainstream media has had a central and detrimental role in perpetuating hatred towards Muslims.

Furthermore, it should come as no surprise that holding the weight of being visibly Muslim in such times is considerable, especially in France, whether people choose to wear visible signs associated with the religion or not.

There is currently a war being waged against Muslims in the West, and nowhere more viciously than in France. Those most visibly associated with Islam are being targeted across the board: by politicians; by their policies that are forcing the closure of Muslim community and religious spaces; and by emboldened far-right thugs on the streets.

Following the already infamous speech by President Emmanuel Macron over so-called “separatism” (or rather state-led Islamophobia), tensions have been rising. Over 70 mosques and private Islamic schools have been shut down in the attempt to shut down France’s Muslim population – the largest in Europe – all under the guise of combating Islamic extremism.

The interior minister also went on to criticise the presence of halal and kosher products in French supermarkets, calling on larger French companies to take responsibility in fighting separatism… by limiting the availability of those goods to specific kosher and halal butchers.

Gérald Darmanin has also recently targeted Muslim groups, including the CCIF – a civil liberties collective that works against islamophobia, calling for their “dissolution” following the beheading of Samuel Paty, a school teacher who had shown caricatures of the Prophet in class. The minister called the organisations “enemies of the Republic.” The fact that there is absolutely no relationship between the targeted organisations and the attack does not seem to worry Darmanin. The enemies are Muslims.

The climate of fear for Muslims only grew upon hearing the news that two Muslim women were attacked under the Eiffel Tower over the weekend. The women, who are cousins of Algerian descent, were stabbed repeatedly while being called “dirty Arabs”  and told to “go back home” according to witnesses.

The attempts by Macron and his party to whip up Islamophobia in order to bolster their chances to salvage their careers during the next electoral cycle is obvious for all to see. His presidency has been a disaster on all fronts – and will be remembered principally for the massive waves of strikes and Yellow Vest demonstrations.

But the consequences of their desperate words and policies are dangerous to Muslims, and the level of violence already witnessed in the last few weeks demonstrates this further. Let’s hope the BBC and other mainstream media outlets will show as much appetite for unpacking the experiences of the two women – Kenza and Amel – who were stabbed in a racist attack, as they did for Ibtissem’s unveiling.

The liberation of Muslim women, like Mennel Ibtissem, our right to choose what we wear and what we believe, our right to freedom of expression, our right to political thought and action are all connected. Championing gender liberation alone, without taking on racism, poverty, xenophobia and all other forms of oppression will amount to little. It also creates suspicion, distrust and binary narratives, which attempt to divide struggles and communities.

Women’s liberation is wielded by the state as a weapon against the spectre of so-called Islamism, but repeatedly targets Muslim women first and foremost. There should be no doubt in anyone’s mind that either we all get free, or none of us does. And as long as the BBC and other outlets like it have their way, our liberation will not be televised.

Malia Bouattia is an activist, a former president of the National Union of Students, and co-founder of the Students not Suspects/Educators not Informants Network.

Before it’s here, it’s on The New Arab