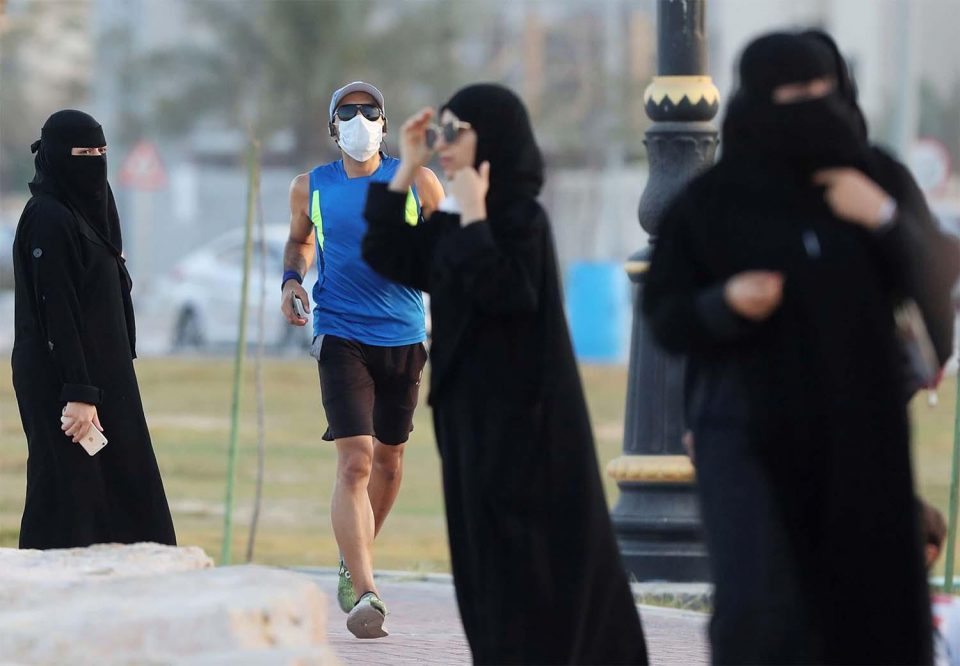 RIYADH – Saudi Arabia on Tuesday reported its first death from the new coronavirus as the total number of infections spiked to 767, according to the health ministry.

An Afghan resident in the western city of Medina died from the virus, the ministry said, while reporting 205 new infections – the biggest jump in the kingdom in a single day.

Saudi Arabia, which has reported the highest number of infections in the Gulf, began implementing a nationwide dusk-to-dawn curfew on Monday to limit the spread of the deadly COVID-19 illness.

The Arab world’s biggest economy has also closed down cinemas, malls and restaurants, halted flights and suspended the year-round umrah pilgrimage as it steps up efforts to contain the virus.

King Salman warned on Thursday of a “more difficult” fight ahead against the virus, as the kingdom faces the double blow of virus-led shutdowns and crashing oil prices.

In the neighbouring United Arab Emirates, authorities said that a two-week suspension of all passenger flights and transits announced a day earlier would begin at 11:59 pm (1959 GMT) on Tuesday.

Dubai’s international airport is the busiest in the world for international passengers, with 86.4 million travellers passing through last year.

Oman also said it would suspend all passenger flights from March 29 except to and from Musandam, bordering the UAE.

The UAE said Tuesday it had arrested a woman for posting a video allegedly “encouraging people to defy authorities on social distancing instructions”.

Nearby Bahrain recorded its third death from the virus on Tuesday.

Kuwait’s cabinet said anyone caught intentionally spreading the virus could face up to 10 years in jail, according to state media.

Kuwait, which has recorded 191 cases so far, has taken the strictest measures in the Gulf by largely locking down the country to combat the spread of COVID-19.

On Tuesday it said it would create a fund to gather contributions to efforts against the virus.