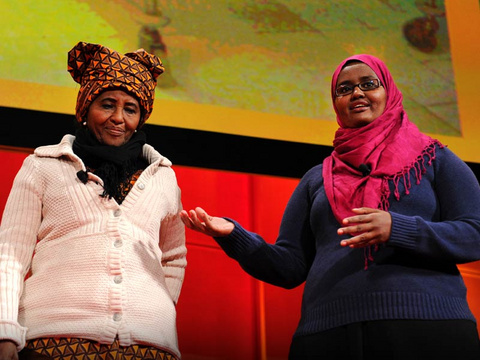 Somalia is one of the most complex regions of the world, with threats and political instability, extreme weather conditions, movement of internally displaced people (IDPs), decades of conflict, poverty-related deprivation, poor health and communicable diseases that are killing people. There is a constant risk of gender violence making women, children and members of minority groups particularly vulnerable, and more so during displacement or while seeking work. Three decades of civil war and instability have weakened Somalia’s health system and contributed to it having some of the lowest health indicators in the world. The COVID-19 pandemic has added yet another strain on its tremendously fragile infrastructure presenting unexpected challenges and dilemmas.

This report by Oxfam states that, “the multitude of crises and rates of inflation have left the majority of families food insecure and without income, halted education and health services, and exacerbated existing vulnerabilities and the incidence of violence. Needs far exceeds the current available resources and capacity.”

One of the doctors leading healthcare and currently involved in the fight against COVID-19 in Somalia is Dr. Deqo Aden Mohamed, an obstetrician-gynecologist, founder of ‘The Hagarla Institute’ and co-founder of ‘The Somali Cancer Society’.

Dr. Deqo has been working full time on the ground in Somalia, and leads multiple projects on maternal health and the National Call Center for COVID-19, and is part of the Somali National Taskforce for COVID-19, 2020. In an interview given to me, Dr. Deqo says, “the pandemic has been exhaustive, we created a national call centre last year, which helped reduce the effect of COVID-19 to some extent. We have a very young population in Somalia who are all below 40 and they were able to recover from COVID-19 with very mild symptoms. A few elderly with comorbidity needed beds, but we were not ready when COVID-19 hit last year. We barely had 19 beds, and we didn’t even have ventilators.

“The good thing in Somalia is that because we have been through several famine and natural disasters, people or the government or the non-profit organizations/ international ones, are set in their mechanisms, where they are able to quickly react in emergency situations. They were able to set up one hospital last year very quickly, which also was just not enough.” Dr. Deqo said.

Last year amongst many, Somalia also lost one of its fearless and most compassionate humanitarian whose life’s work gave hope to tens of thousands in her native Somalia, while inspiring countless others worldwide. Also known as “Mama Hawa” and “the Mother Teresa of Somalia”, Dr Hawa Abdi, gave refuge to 90,000 displaced Somali’s in a refugee camp close to the Adbi hospital, which was dubbed as Hawa Village. It is estimated that two million were served by her foundation over a period of 35 years. It was in these camps, Dr. Deqo grew up feeding the refugees her mother was harboring and shaping her destiny of becoming a doctor herself.

“My mother, (Dr Abdi) started the Hawa Abdi Foundation, it was started with the goal to help mothers have access to maternal healthcare. But once the civil war began, it transitioned from rural healthcare to an organization that did everything. It was very inspiring to watch her, the way she stood up as a woman, the way she negotiated with the elderly, the way she taught that your femininity should not hold you back, because in a society as a woman you are undermined. She was a strong woman,” Dr. Deqo added.

What began as a one-room clinic, changed the course of healthcare in Somalia, and helped in alleviating poverty and suffering in the country. However, the health care system in Somalia still remains one of the weakest, poorly resourced and inequitably distributed in the world and in the absence of functioning public sector facilities, the country’s healthcare system has been “vertically privatised.”

While private health services and the pharmaceutical sectors largely remain unregulated, they are the backbone of healthcare in the country. Most funding for the health sector comes from international donors and is ‘off-budget’.

Currently the country is grappling with the triple threat of drought, COVID-19 and insecurity in Mogadishu which is driving severe humanitarian needs in Somalia. Somalia has already seen a 48% increase in deaths from COVID-19, doubling of cases from 6687 to 13,812 cases in just 59 days. The recent conflict in Mogadishu, is adding to the difficulties in deliveries of humanitarian services in several parts of the country.

In a statement issued by International Rescue Committee, (IRC) Richard Crothers, IRC Somalia Country Director said, “Over 80% of the country is suffering from drought conditions, cattle and crops are dying as the frequency of climate-related hazards increase. We’ve seen a spike in COVID-19 cases and deaths over the last month, with many cases going undetected and untested. In a country already suffering from severe humanitarian crises, with almost 6 million people in need, the drought will drive even more displacement and food insecurity. Now more than ever we need an increase in support and funding in order to meet the rising humanitarian need.”

In this report, co-authored by Dr. Deqo, lack of access to screening services and important information about COVID-19, could put millions of internally displaced people in Somali settlement camps at risk.

“Three million internally displaced people (IDP) live in more than 2,000 settlement camps in Somalia. The large-scale camps are a tinderbox for potential outbreaks of infectious disease. Overcrowded conditions restrict opportunities for physical distancing and the camps often lack reliable access to basic amenities such as running water, soap, and medical treatment. The humanitarian crisis is already acute in Somalia,” the report states.

“The government wants to help, they communicate everyday, but the capacity is very limited, they don’t have funding, allocation of funding to government healthcare is very limited, basically they cannot run their own hospital, so that’s the situation.

“…If we have people in place – those with the right skills, knowledge and moral compass, things will be fine. Right now, as a doctor I am putting my energy and resources to have the best people in place. The country was brain drained, it lost two generations due to civil war and I think that’s what we are missing. I cannot solve all the issues from the ground, but I think we have the best opportunities in Somalia right now, and if we can learn from the mistakes, we can have a good healthcare system in the country,” says Dr. Deqo.

Somalia is among the first African countries to receive doses of COVID-19 vaccine delivered through the COVAX Facility. According to UNICEF, 300,000 doses of COVID-19 vaccines arrived in Somalia, but health officials say less than half the doses have been used. One of the major reasons according to this report is “the Islamist militant group Al-Shabaab’s warning in Somalia that people are used as “guinea pigs” for AstraZeneca, large sections of Africans are steering clear of vaccines.”

Despite mechanisms in place to react quickly, as mentioned earlier by Dr. Deqo, the broader challenge for Somalia to battle through is the combination of a weak healthcare system, raging political and humanitarian crisis and adding to this, vaccine hesitancy must be a priority for the Somali government to overcome. If not, then COVID-19 will not only remain a regional threat, but possibly a global one as well, given the aggressive and uncontrollable mutation of the virus, which Somalia cannot afford to risk.

The author is a journalist and filmmaker based out of New Delhi. She hosts a weekly online show called The Sania Farooqui Show where Muslim women from around the world are invited to share their views.

‘The marginalised’: the plight of Yemen’s forgotten black minority