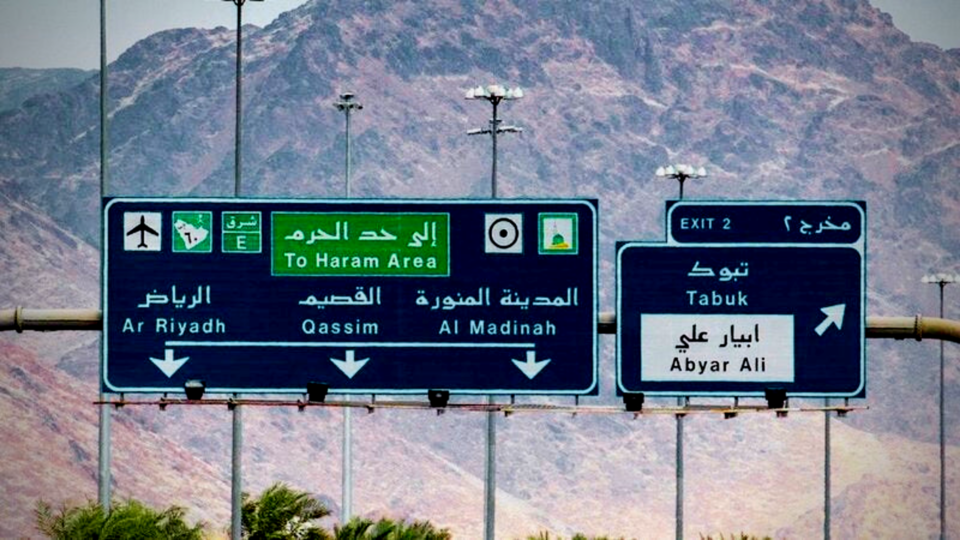 May 5th, 2021 – 08:03 GMT
Signs leading to holy sites in Mecca and Medina have had separate roads for Muslims and non-Muslims.

Years after highways leading to holy sites in Mecca and Medina in Saudi have included “Muslim only” signs, recent photos of the main sign leading to Medina’s Al Masjid an Nabawi have shown surprising changes.

Translation: “The ‘Muslims only’ phrase has been replaced with the phrase “Haram area” in instructional signs in Medina”

Online people have been sharing photos of the sign with the “Muslims only” phrase removed from the sign leading to the holy mosque in Al Madinah Al Munawwarah, where the Muslim prophet Mohammad lived with then-new Muslims after Islam. Medina’s “Haram” is considered the second of three holy sites for Muslims, besides Mecca and Al-Aqsa mosque in Jerusalem.

While many commentators praised the new signs saying it shows the growing sense of tolerance towards other religions and cultures in the kingdom, others wondered if this means that non-Muslims will soon be allowed to visit holy sites in Medina and Mecca, both sites that have prohibited visits by non-Muslims for years.

Meanwhile, some online people have argued that the gesture is meant to help promote Saudi Arabia as a popular touristic destination for people from different cultures and backgrounds, especially that Saudi’s 2030 economic vision includes diversifying the country’s oil-based economy and to generate income in different industries, including international tourism.

No official statements have yet explained the purpose of the new sign so far.