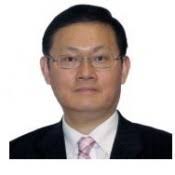 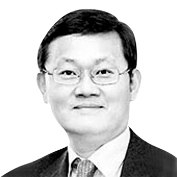 The author, former chief economist at the Asian Development Bank and a senior adviser for international economic affairs to former President Lee Myung-bak, is a professor of economics at Korea University.

In the wee hours of Aug. 30, the last U.S. troops flew out of Kabul Airport, completing the U.S. military’s drawdown and leaving Afghanistan in frantic disarray in the hands of the ruthless Taliban. The Islamic fundamentalist regime has taken command over the country 20 years after a U.S.-led invasion toppled it for sheltering al-Qaeda and its leader Osama bin Laden responsible for the Sept. 11, 2001 terrorist attacks. The return of harsh Islamic fundamentalist rules has been seriously endangering the lives of women and ordinary citizens.

The chaotic scenes of Kabul were mirrored in the recent Korean film “Escape from Mogadishu,” an action drama based on real events in December 1990 depicting a perilous escape attempt by workers at the embassies of the two Koreas stranded in the middle of the Somali civil war. Somalia has been under opposition groups since January 1991, but conflict among various armed factions and terrorist attacks are never-ending. Only last month, a suicide bomber blew up a restaurant in Mogadishu. The American mission has been fighting against the extremist al-Shabab, but Somali people must go on living with terror.

The 40 million people in Afghanistan and 16 million in Somalia have been suffering wars and terrorism for decades on top of starvation and poverty. The per capita income in Somalia stops at a paltry $310 and that of Afghanistan at $500, similar to the levels of South Korea’s in the early 1970s. Over the last half a century, South Korea has joined the developed ranks while the two countries are still mired in poverty.

The two are considered failed states as they could not fulfill the basic national role of safeguarding the lives of the people and solving poverty. Despite the aid from the United States and the United Nations, the two have yet to become safe, free and prospering nations. Farmers in Afghanistan must earn a living by smuggling opium while fishermen in Somalia resort to piracy.

Why have they failed? For one, they lacked the right system. According to the book “Why Nations Fail,” co-authored by economists Daron Acemoglu and James Robinson, history shows that prosperous nations commonly established “inclusive systems” where the state ensures private ownership and fair competition.

The economy cannot advance without effective and fair order in the economic, political and legal systems. Afghanistan and Somalia lack an administrative structure, safety enforcement and court institution. The ruling class is corrupt, and people tired of the exploitative system turn to resistance or extreme religious groups. South Korea has established a proper capitalist system. The economy has prospered by guaranteeing property rights and free trade and maintaining law and order.

Secondly, states that fail to groom talent fail. In the founding stage, countries inevitably need outside help. But they must foster talent at home. Children living under terror who must learn to protect themselves and shoot first, not read and write. They cannot grow up to be knowledgeable and skilled. In the film “Escape from Mogadishu,” there is a tragic scene in which children are given guns while they are chewing leaves with a powerful hallucinogenic effect. A failed state does not provide basic education to its people. Recent data showed the elementary schooling ratio in Somalia at 23 percent as of 2007. In Afghanistan, the elementary school enrollment ratio that had been at 20 percent under Taliban rule jumped to over 90 percent after the regime was overturned in 2001. The chance of young women getting education will be crushed now that the Taliban is back in power. South Korea has always made elementary schooling mandatory. The mandatory schooling has been expanded to high school, making the country one of the most educated.

Thirdly, a state needs the right leader to succeed. History shows that a nation in its heyday always had an outstanding leader. An able and devoted leader can unite the people in fighting outside aggressions to defend the country and make it prosperous. Afghanistan has long been fractionalized. Somalia also suffered through military conflicts. Both nations have lacked strong leadership. South Korea has gone through turmoil over the last half a century, but the people came together. The role of political, business and social leaders has been big.

Peace and prosperity cannot be achieved without effort. Afghanistan and Somalia relied too much on foreign aid and did not build their own resilience.

South Korea is a success story in modern times by achieving economic and democratic development. But since growth slowed, conflict has deepened.

Political leaders are engrossed in winning favor with people on their side. There are many challenges to tackle. The people must unite to rebuild the nation.