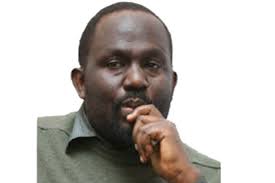 There was a story in the regional paper The East African this week that most readers probably dismissed, as they do with most things about regional integration.

The story said constitutional experts and legislative draftspersons nominated by each of the East African Community (EAC) member states were due to start consultation meetings on drafting the
“EAC political confederation constitution that kicked off in Ngozi province in Burundi last week.”

Given how troubled the EAC has been, with feuds between members, and many of them shamelessly in arrears in their contributions, one is entitled to laugh at the idea that the bloc can move to a confederation. I wouldn’t bet against it, though.

One reason is that there has been a significant change in the structure being sought. Leaders like President Yoweri Museveni and other East Africanists always championed an East African “federation”, which would be a serious transnational government with power.

Indeed, when in August 2004 EAC presidents appointed a Committee on Fast Tracking East African Integration chaired by then Kenyan Attorney-General, Amos Wako, and in which people like Uganda’s Eriya Kategaya were members, they were specifically directed by the presidents to “expedite the process of integration so that the ultimate goal of a POLITICAL FEDERATION is achieved through a fast track mechanism.”