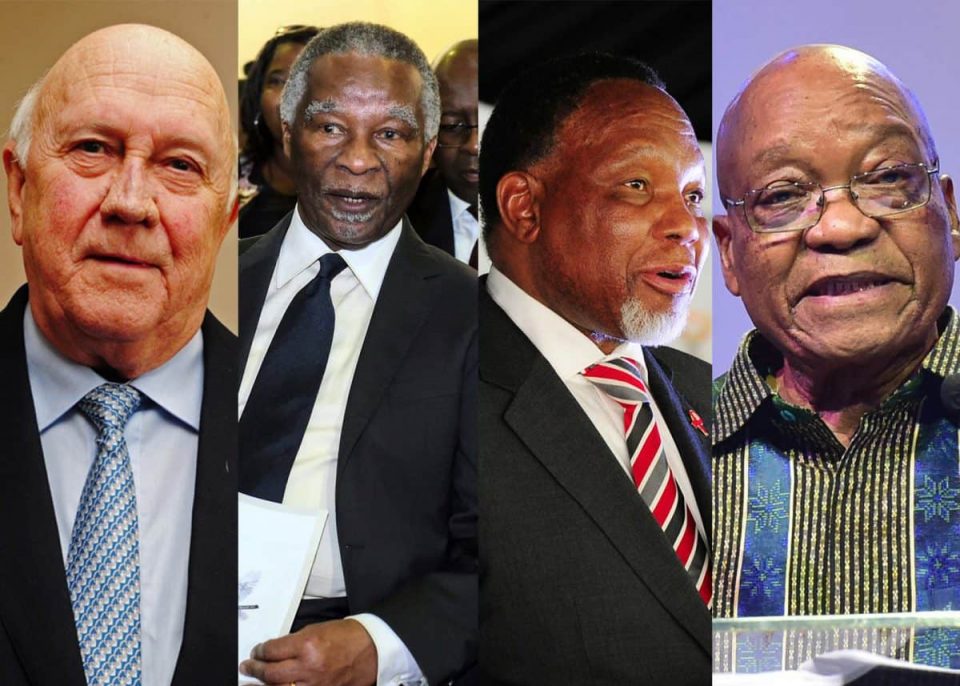 Between De Klerk, Mbeki, Motlanthe and Zuma – the answer is sure to surprise you…

Former presidents of South Africa and their wives pocket extensive benefits paid for by the taxpayer even after they are no longer serving in their positions, but until this week it has proved very tough to pinpoint which former head of state receives the largest amount in addition to their pension after their retirement.

But now DA MP Dr Leon Schreiber has put a parliamentary question in that regard to Minister in the Presidency Jackson Mthembu, asking him how much was paid out in benefits to each former president over the last three years.

The information garnered from the relevant documentation indicates that none of the former presidents received any payment for private accommodation, alcohol, catering, entertainment or security.

The most expensive former president by far is the one whose term of office was the shortest – Motlanthe. He and his wife spent a total of R3,928 million of the taxpayer’s money over the last three years, of which almost R400 000 was on hotel accommodation, more than a million rand on airline tickets and almost R2,4 million on car hire.

The second most expensive former head of state is Mbeki and his wife, Zanele. They spent R1,663 million of which about R700 000 was spent on hotel accommodation, about R450 000 on flight tickets and about R585 000 on car hire.

In third place is Zuma and his various wives. They cost the tax payer R454 600 over the last four years – a tad over R32 000 on hotel accommodation, more than R400 000 on plane tickets and the rest on car hire.

The smallest amount by far was spent on former president FW de Klerk and his wife, Elita. Their expenses over the last three years came to R197 000. All of it was spent on plane tickets – they did not claim any additional benefits