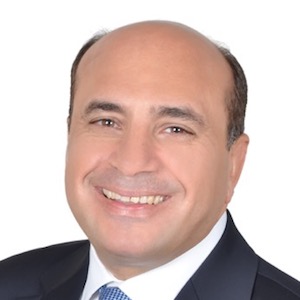 Providing Westerners with sufficient knowledge on how the rest of the world’s citizens confront their personal and national challenges is certainly more beneficial than the various forms of Western financial aid given to this distressed world. Being properly informed could empower Western citizens to propose some practical solutions to the rest of the world (the vast majority of the global population) and perhaps eventually stimulate their respective governments to offer vital help.

People by and large are neither culturally nor religiously cruel; they are, however, forced to adapt to the world’s evolution. People are not born naturally violent; the environment in which they live and the absence of rule of law in their respective countries may provoke them to commit crimes. The sharply fluctuating emotions and behavior of citizens of the rest of the world vis-à-vis the West are the products of Western leaders’ foreign policies and the result of respective autocratic rulers’ attempts to stoke up anti-West emotions while steering policies away from liberal democratic values.

The world is currently polarized between politicians in power and their adversaries. In liberal democratic nations, citizens have sufficient space to express their opinions publicly without fear of reprisal and a decent possibility of coming to power through fair and free elections. Meanwhile, most of the rest of the world is ruled by autocrats, who traditionally imprison critics, run rigged elections, and share national wealth with cronies. Sadly, in some cases, the only means available that could bring change is violence.

The people who have managed to make a real impact in this world are the leaders of polarized, prejudiced societies – Donald Trump or Osama bin Laden, for instance. Neither of these trailblazers (or other less effective figures) is an odd personality; their characteristics are natural outcomes of how the world has evolved. A single short sentence uttered by the president of the United States can easily save (or cost) the lives of many innocent citizens, while terrorist acts could be avoided by better addressing the root of the problem.

Religions are either misinterpreted by the widespread ignorance in this world, or manipulated by autocratic rulers or terrorist religious organizations – the struggle for power among these factions sometimes works to trigger violence. Both autocratic rulers and terrorist groups promise their followers a place in heaven – a claim that is impossible to validate during our lifetimes. People who sacrifice their lives in armed conflicts are not aware that they are victims of rulers seeking to realize personal ambitions, who have failed to reach a political consensus with enemies, or who are misled by an extremist religious group.

American citizens who are annoyed by their president (who was voted into power through a fair and free election and is functioning within a democratic system with a proper “checks and balances” mechanism) should broaden their outlook to see how citizens who are governed by autocratic, brutal and corrupt rulers must risk their lives to make the tiniest change in people’s living conditions.

Trump’s decision to withdraw American troops from Syria, for which he offered a number of justifications that one can accept or reject, has nothing to do with the interests of Syrian citizens forced to accept the presence of foreign troops from the United States, Russia and Turkey with a mission to fight ISIS in their country. This may actually result in the expansion of terrorism, prompting Muslim people, whether victims or assailants, to question overall counterterrorism policy.

People are not naturally lazy or ignorant; proper economic policies will stimulate them to be more productive, while feeding them false information serves to advance their ignorance rapidly. In the recent uprising, a segment of the citizens of France (an advanced, wealthy nation) resorted to violence to improve their living conditions. We can only expect substantially more violence from illiterate, poor and repressed citizens.

Making the world a better place requires truly learning about developments in the rest of the world and consequently acting upon this knowledge. Deliberately or unintentionally, Western leaders are bolstering the power of many repressive rulers, while international media tend to highlight only news of the outcomes of many complicated, deep-rooted problems the causes of which we need to examine in depth to understand.

We all eventually share the virtues and sins that we produce in this universe, but we do so unfairly and disproportionally. Articulating policies that better address the origins of our problems is in the interest of the entire world, while imposing some regulations upon and requiring a degree of compliance from tyrannical national leaders and their affiliates will boost the living standards of billions of citizens.