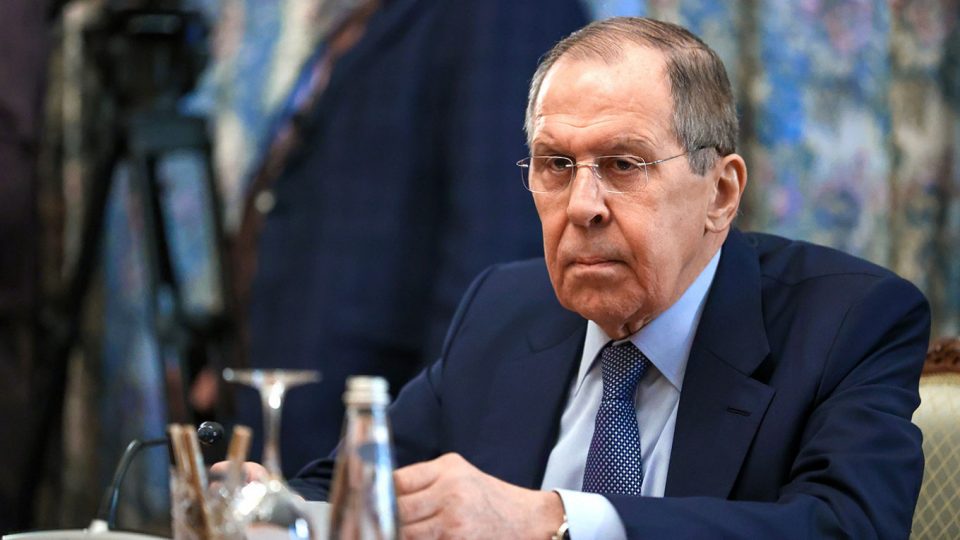 Russian Foreign Minister Sergei Lavrov believes that one should put an end to arrogant philosophy of Western superiority, exceptionalism and permissiveness.

“The West has clearly lost control of itself in an effort to vent its anger at Russia. It has destroyed all institutions and rules it has created, including the inviolability of property,” Lavrov said, speaking at the 49th session of the UN Council on Human Rights.
Lavrov drew attention to the fact that “sovereign equality of states” was a key principle of the UN Charter and stressed that Russia was open to “equal and mutually respectful discussion on any issues.”

USA should take all its nukes back home from Europe

Sergei Lavrov earlier said that the West should refuse from the plans to build military facilities on the territory of the countries of the former USSR. It is important to downgrade NATO’s military capabilities and infrastructure to 1997, when the Russia-NATO founding act was signed, he said.

Russian Foreign Minister Sergei Lavrov also called on the United States to take away its nuclear weapons from Europe and completely eliminate the infrastructure that had been created for those weapons in Europe.

According to the minister, it is unacceptable for Russia that American nuclear weapons are located on the territory of several European countries. This goes against the fundamental provisions of the Treaty on the Non-Proliferation of Nuclear Weapons, Lavrov added.

“The vicious practice of joint nuclear missions with the participation of non-nuclear NATO countries persists. As part of those missions, they practice a scenario of a nuclear attack on Russia,” the Russian Foreign Minister said.

A ‘neutral’ Ukraine is a non-starter for Putin, regime change is the goal