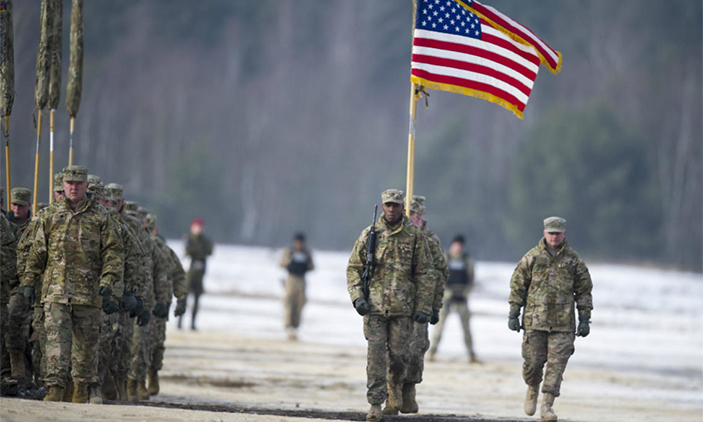 The United States wants to reduce its military presence in Africa, Washington’s top military officer said, as France hosts Sahel leaders as it seeks to bolster the fight against jihadists in the region.

Chairman of the US Joint Chiefs of Staff, General Mark Milley, said resources “could be reduced and then shifted, either to increase readiness of the force in the continental US or shifted to” the Pacific.

As he flew in for talks with NATO counterparts in Brussels, Milley said Defense Secretary Mark Esper, had not made up his mind what changes to make.

“We’re developing options for the secretary to consider, and we are developing those options in coordination with our allies and partners,” he said.

France and its five Sahel partners agreed Monday to step up military cooperation to combat the jihadist insurgency, leaders said after a summit in Pau, southwest France.

The Sahel countries also said they hoped Washington would maintain its “crucial support” in combating the Islamist extremists.

“If the Americans decided to leave Africa, this would be very bad news for us,” Macron commented. “I hope to convince President Trump that the fight against terrorism is playing out in this region as well.”

After 13 French soldiers were killed in a helicopter collision in Mali last month, Macron also won public support from the Sahel leaders for France’s 4,500-strong military presence, after local demonstrations against it. He pledged to send another 200 soldiers to the Sahel.

The United States wants to reduce the number of its troops deployed across Africa over the next few years to focus more on responding to the threats posed by Russia and China.

Washington has some 7,000 special forces on rotation in Africa carrying out joint operations with national forces against jihadists, particularly in Somalia.

Another 2,000 soldiers are conducting training missions in some 40 African countries and taking part in cooperative operations, in particular with France’s Operation Barkhane in Mali, to which they provide mainly logistical assistance.

One option would be to close a drone base in Agadez, northern Niger, which gives the US a major surveillance platform in the Sahel but has been estimated to cost around $100 million.

Milley said no decisions had been made yet and insisted Washington was not pulling out of Africa completely. “Economy of forces does not mean zero,” he said.

French officials are nevertheless alarmed, with a presidency source saying the US made “irreplaceable” contributions to Sahel operations — particularly in surveillance and air-to-air refuelling.

“We would not be able to get these from other partners, especially when it comes to intelligence,” the presidency official said. Paris would be sharing its concerns with the US “at all levels”, the source added.

NATO military chiefs will use this week’s meeting to debate the future of the alliance’s training mission in Iraq, suspended over security fears after the US killed top Iranian general Qasem Soleimani in a drone strike in Baghdad.

The Iraqi parliament voted on January 5 to oust foreign forces, including some 5,200 American troops, who have helped local troops beat back the Islamic State group, angering Trump and throwing international operations there in doubt.

“I can’t guarantee anything about the future and I don’t make the policy decisions,” Milley said.

Health: Why Cashews Are Not Good for You