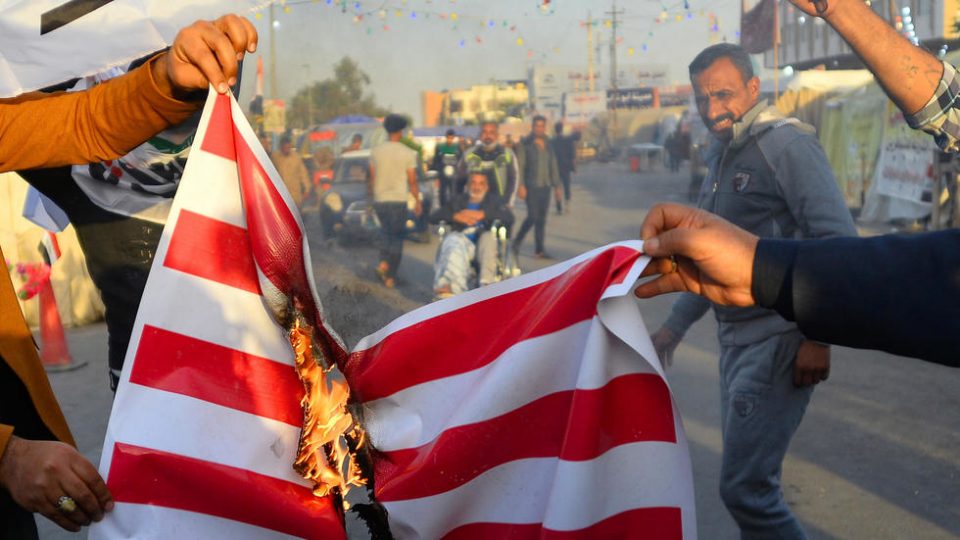 Washington has accused Iraqi authorities of having failed to “protect” US interests, the day after deadly American air strikes against a pro-Iran group sparked anger.

At least 25 fighters were killed in Sunday night’s attacks, which were in retaliation for the death last week of a US civilian contractor.

“We have warned the Iraqi government many times, and we’ve shared information with them to try to work with them to carry out their responsibility to protect us,” a senior US State Department official told reporters in Washington on Monday.

He noted that the US military and diplomats are in the country “upon the invitation of the Iraqi government.”

“So it’s their responsibility and duty to protect us. And they have not taken the appropriate steps to do so,” he said, speaking on condition of anonymity.

Multiple attacks have in recent weeks targeted Iraqi bases where Americans are present. The United States has blamed the attacks on pro-Iran factions.

On Sunday, the US-led air strikes were directed at several bases belonging to the Hezbollah Brigades, one of the most radical factions of Hashed al-Shaabi, a Tehran-backed Iraqi paramilitary coalition.

The strikes “killed 25 and wounded 51,” according to the Hashed, which holds major sway in Iraq.

The attack was in retaliation for the death Friday of a US civilian contractor in Kirkuk in a Hezbollah Brigades rocket attack.

In a phone call on Monday, Saudi Crown Prince Mohammed bin Salman and US Secretary of State Mike Pompeo “agreed that the Iranian regime and its proxies continue to be a destabilizing force in the region and that nations have a right to defend themselves in the face of these threats,” State Department spokeswoman Morgan Ortagus said.

Pompeo “underscored that attacks by the Iranian regime, or their proxies of any identity, that harm Americans, our allies, or our interests will be answered with a decisive response, as demonstrated yesterday.”

Iraq’s government denounced Sunday’s strikes and warned they could affect ties with Washington.

The attacks “force Iraq to review its relations and its security, political and legal framework to protect its sovereignty,” the government said in a statement.

The warning came as demonstrators torched US flags in the Shiite-dominated southern cities of Basra and Najaf, and in Kirkuk north of Baghdad, while lawmakers called for US troops to be booted out of Iraq.

“We have frequent and robust exchanges with the Iraqi government about these threats,” the State Department official said earlier Monday. “We absolutely told them that we were going to be taking action against” Friday’s attack.