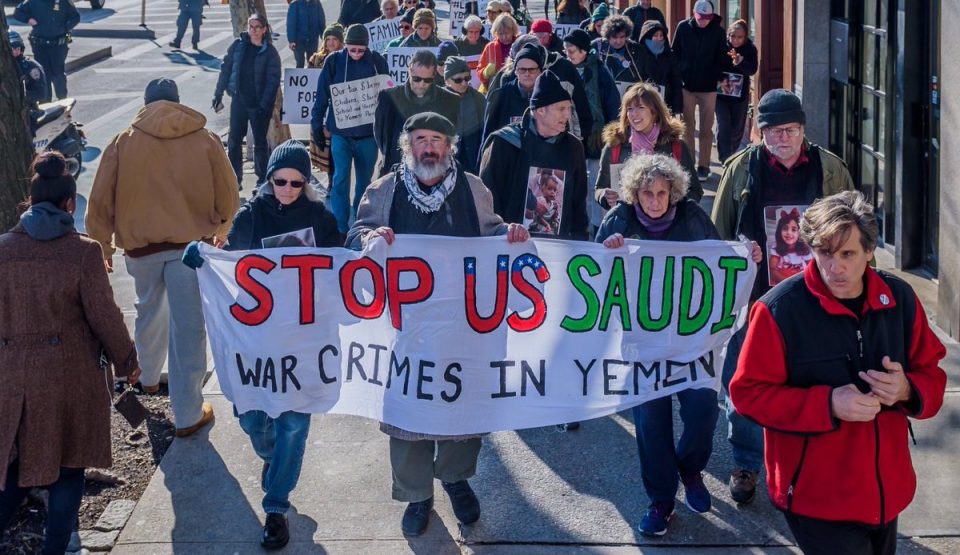 The longstanding involvement of the United States in the conflict in Yemen is facing renewed scrutiny. On September 16, State Department officials testified before the House Foreign Affairs Committee about whether the State Department misled Congress – and the American people – by circumventing controls designed to limit arms sales and ensure congressional oversight.

The crimes occurring in Yemen are serious – and the responsible parties demonstrably unwilling or unable to address them. The most recent report by the United Nations Group of Eminent and International Regional Experts on Yemen described “an acute accountability gap” and recommended that the UN Security Council refer the situation in Yemen to the International Criminal Court.

A State Department Inspector General report found that “the department did not fully assess risks and implement mitigation measures to reduce civilian casualties and legal concerns associated with the transfer” of weapons to Saudi Arabia and the United Arab Emirates.

Much of the hearing focused on whether the subsequent firing of the inspector general was appropriate. But some members used the opportunity to draw attention to the tens of thousands of civilians who have died since the Saudi-led coalition began an aerial bombardment campaign in Yemen in March 2015.

Media reports have detailed the suppression of an internal State Department analysis that U.S. personnel could be legally liable for war crimes in Yemen because of continued U.S. arms sales to Saudi Arabia. Some members of Congress raised this during the hearing. The State Department’s acting legal adviser acknowledged civilian casualties were a concern, but refused to say whether he believed U.S. personnel could be held culpable for war crimes in Yemen.

The latest revelations are hardly that, though they are painful to read when compiled in such a stark narrative. Back in November 2015, less than a year into the conflict, Human Rights Watch warned that the U.S. might be liable for laws-of-war violations in Yemen. We had examined 10 apparently unlawful airstrikes by the Saudi-led coalition that killed at least 309 civilians and wounded more than 414 in the period from April to August 2015.

Saudi Arabia assembled its coalition to support Yemen’s government against the Houthi forces who had taken control of part of the country, including the capital. Six years later, the fighting has continued and taken a brutal toll on Yemeni civilians.

Despite U.S. denials, we considered the U.S. to be a party to the conflict because of the direct role U.S. forces played in specific military operations, and that this participation might implicate U.S. forces in violations by coalition forces.

The numbers we put forward in 2015 seem almost quaint now. Nearly six years later, the Armed Conflict and Event Data Project estimates that 112,000 people have died from the hostilities, including 12,000 civilians. Millions more suffer, or have perished, from hunger caused by the Saudi-led coalition’s blockade and the Houthis’ massive restrictions on aid delivery, a situation that’s been exacerbated in recent months by COVID-19..

Human Rights Watch isn’t alone in raising concerns about potential U.S. liability for war crimes over the years. In September 2016, Ryan Goodman, a former Defense Department lawyer and New York University professor, laid out the case for legal liability for U.S. personnel in a blog post. Though he took no position on the facts, he concluded that a state assisting another state or a nonstate armed group faced “substantial legal risk that aiding and abetting liability for war crimes would be found under international law even absent any intent or purpose to promote the crimes.”

The media have reported that in 2016, a State Department lawyer concluded that Americans could potentially be charged with war crimes for conduct in Yemen, though it has been reported that the letter was never sent to the secretary’s office. Its existence, however, was known, and in October 2018, Congressman Ted Lieu wrote to the State Department inquiring about it. The department refused to comment on any specific legal advice that might have been given.

How did we get here? For years, the Defense Department has claimed that U.S. involvement in the war in Yemen saves lives. Congress disagrees. Twice, it has voted to ban weapons sales to Saudi Arabia because of its poor track record on protecting civilians; twice, President Trump has vetoed the ban. Though congressional interest in the ban increased following the murder of U.S. journalist Jamal Khashoggi by the Saudis, war crimes in Yemen remain a key area of congressional concern.

It doesn’t help that Defense Department officials have misled Congress about their ability to track and analyze coalition strikes in Yemen. If testimony from officials on September 16 is any indication, near unequivocal support of Saudi Arabia – including continued arms sales – remains a top State Department priority.

What was largely missing from the congressional hearing was a focus on true accountability. The risks of government responsibility for arms sales in the face of mounting evidence of war crimes, or individual criminal liability for aiding and abetting, should be of serious concern to U.S. lawmakers.

But the U.S. government should also be seeking to hold to account those directly responsible for targeting civilians, torturing detainees, enforced disappearances, and other crimes detailed in the Group of Experts report. Instead, the decision to continue to arm Saudi Arabia and look the other way as each school bus, hospital, or wedding party is bombed, may say more about U.S. culpability than any technical argument buried in a State Department legal memo.