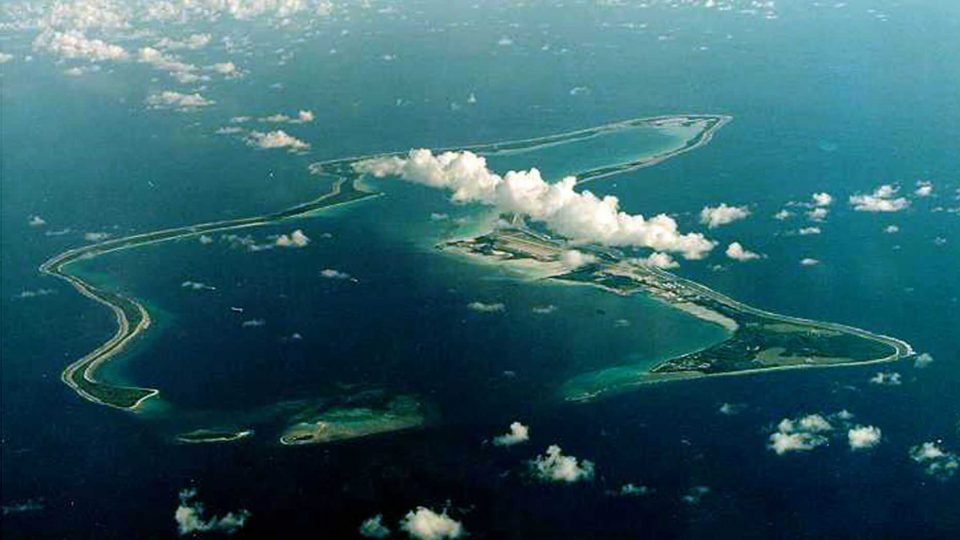 The U.S. Air Force is deploying six B-52 bombers to Diego Garcia, an island base in the Indian Ocean, amid the rising threat from Iran after the U.S.-led airstrike killed Iranian Gen. Qassem Soleimani, Fox News confirmed Monday.

The move, which CNN first reported, was the latest in efforts by U.S. military officials to bolster resources near the Middle East after the Iraqi Shia militia Kataib Hezbollah hinted at possible retaliatory attacks to avenge Soleimani’s death.

The B-52 bombers reportedly were spotted departing from Barksdale Air Force Base in Louisiana to Diego Garcia, which is located 2,300 miles south of Iran’s southernmost tip.

This undated file photo shows Diego Garcia, the largest island in the Chagos archipelago and site of a major United States military base in the middle of the Indian Ocean leased from Britain in 1966.

Each aircraft has eight engines and is designed to carry a large cache of weapons including cruise missiles, conventional and laser-guided bombs, and nuclear gravity bombs.

The U.S. military previously had sent a bomber task force to Qatar in May, but the bombers left after a few months, a U.S. defense official said.

A U.S. Air Force B-52 bomber preparing to land at Barksdale Air Force Base. (File)

On Monday, Defense Secretary Mark Esper and Gen. Mark Milley, the chairman of the Joint Chiefs of Staff, attempted to quell confusion about a letter circulating from the U.S. military telling Iraq that it would withdraw troops from the region a day after Iraqi lawmakers approved a resolution calling to expel U.S. troops from the country.

Both Esper and Milley called the unsigned letter a mistake and said the U.S. had no intention of withdrawing troops from the Middle East as tensions ramped up.

Instead, Milley told reporters the U.S. military was bringing in reinforcements from Kuwait and beefing up helicopter force protection inside Iraq, particularly in the heavily fortified Green Zone, which has been bombarded with rocket attacks over the past three days.

Vandana Rambaran is a reporter covering news and politics at foxnews.com. She can be found on Twitter @vandanarambaran
Source: Fox News
previous post